When to Upgrade an Engineering Workstation

Use component performance and ROI calculation as indicators to upgrade.

Use component performance and ROI calculation as indicators to upgrade. 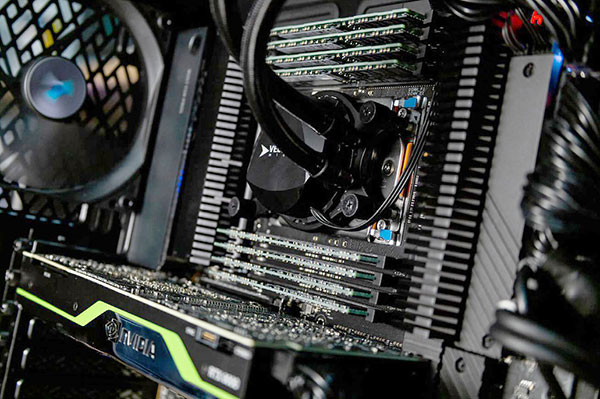 Imagine an engineering team that realizes its oldest computers are becoming sluggish. Since they were purchased, the team has increased its use of simulation during design. They also tried using software that delivers real-time visualization of models, but there is much frustration with the lack of “real-time” results and with use of upfront simulation. The models they create are getting larger, and with the size increases come increased wait time between commands.

Sounds like it is time to replace the workstation, right? Maybe yes; maybe no.

“When a customer says, ‘we are experiencing sluggish performance,’ we try to drill down deeper,” says Josh Covington with Velocity Micro, a boutique workstation vendor.

Depending on the computer’s age, replacing one component might provide more bang for the buck than buying a new workstation.

The first step is to match the nature of the problem to the software in use. “If AutoCAD is slowing down, that is probably a CPU issue. If it’s SolidWorks, that’s probably a GPU [graphics processing unit] issue,” Covington says.

This is just the first step. If the workstation is using older SATA technology for moving data to and from a mechanical hard drive, it will be much slower than the same computer using solid-state drives (SSD) and M2 non-volatile memory express controller technology, running on a PCIe motherboard bus. As drawings and models increase in size, the older I/O technology will take longer to process commands.

An Intel report on workstation upgrades points out how SSD technology can improve performance. A SolidWorks reseller and computer dealer increased SolidWorks performance by 47% simply by replacing the 7200 RPM mechanical hard drive with a SSD. 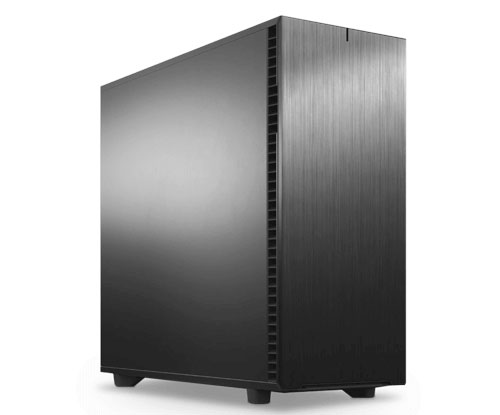 Many times, simply adding more RAM can increase processing speed. But if a review leads the team to believe the CPU, RAM and I/O all need upgrading, realistically that means a new motherboard.

“We recommend that if the unit needs a motherboard upgrade, get a new workstation instead of doing incremental upgrades,” says Covington. “Otherwise, it gets to the point of upgrading all internals.”

The customer loses all advantages of an upgrade, and gains the hassles of dealing with various parts not covered by the original workstation warranty.

In a Class by Themselves

One common problem customers and vendors notice when talking about engineering workstations is how to deal with company IT departments. Many have established specifications for company computers that don’t factor in the engineering software’s more demanding nature. The hardware needed to run Microsoft Excel is very different from what is needed to run SolidWorks.

Every company has its own twist on this, but it usually revolves around resistance from IT for requesting workstations, or total lack of an IT department. When there is a functional IT department that pushes back on a request for more powerful computers, it can usually be solved by doing internal competitive benchmarking, or involving a vendor in the conversation to help educate IT staff about engineering needs. When there is no IT department to coordinate new workstation purchases, it then falls on the CAD manager or someone in engineering management to help the company understand the value of using engineering workstations and of upgrading them regularly.

Though throwing numbers at someone to prove the need for an engineering workstation must be done thoughtfully.

Don’t focus on FLOPS and frames per second, Herrera advises; focus instead on return on investment (ROI).

Ansys offers an online ROI Estimator that helps match a company’s workflow to the right workstation specifications. To use, the Estimator asks six questions:

That last item might take some by surprise, but ROI is not just a measurement of how fast a computer runs. It is a measurement of total investment, which includes the human equation. The ROI Estimator is designed for Ansys users, but is general enough for any engineering team to use even if they don’t run Ansys products.

It is important to match the workstation to the user. If someone does more rendering work, they need a more powerful GPU than a teammate who only does design work.

Modern engineering software is updated at a more rapid pace than it was 5 or 10 years ago. A software’s features may outpace the workstations if IT teams don’t pay attention. To stay ahead of the performance curve, some engineering departments refresh workstations one (or a few) at a time, instead of all at once. They buy the fastest workstation for those doing the most complex tasks, then reassign the user’s previous machines to others in the department or elsewhere in the company. 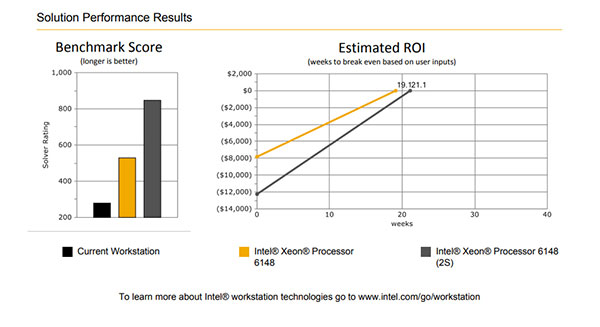 An online estimation tool shows expected ROI based on what Ansys software is used and what Intel CPU is running the workstation. Click here for full-size image. Image courtesy of Ansys.

If you are trying to match workstation capabilities to a buying list, don’t use the software vendor’s “minimum requirements” as a guide. Doing so gets users computers that become outdated too soon, and they probably won’t generate enough ROI. Instead, aim for maximum productivity.

As we explained in a previous DE article, using an energy efficiency rating as a buying metric may not be the best way to increase productivity and reduce electricity use at the same time. The goal is to decrease time to a solution. Newer CPUs and workstations have various ways of improving energy efficiency by putting the CPU or the entire computer system in a sleep state faster. Even if it is only for milliseconds, every time the workstation is not occupied, its power consumption drops. The goal is more performance from the same power envelope as used previously.

AMD and Intel have made big strides in CPU performance with their current line. For some workstation users, these new CPUs could be enough reason to upgrade.

Threadripper Pro CPU from AMD is the current market leader for total cores. AMD’s top workstation CPU, the Ryzen Threadripper Pro 3995WX sports 64 cores and 128 threads running at up to 4.2 GHz, and can address up to 2 TB of memory.