Don’t Be Too Busy To Improve

It takes an enormous effort to successfully introduce a disruptive technology to a busy workflow. Is the problem that engineers don’t think they need the new software, or are they just too stuck in their ways—or too busy—to change their workflow in order to incorporate it? 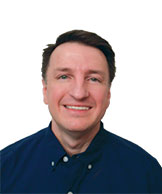 It's a busy time of the year at DE. The conference season is in full swing. In June alone, we attended PTC LiveWorx 18 and the Dassault Systèmes 3DEXPERIENCE Forum—both in Boston. We had editors at the HxGN Live event in Las Vegas, Siemens PLM Connection in Phoenix and the International Supercomputing Conference (ISC) in Frankfurt, Germany. And of course, it was all hands on deck at the Conference on Advancing Analysis & Simulation in Engineering (CAASE) that we co-hosted with NAFEMS in Cleveland.

We attend so many conferences because they are a great way to meet engineers and vendors, which gives us a better understanding of the challenges they face. The conversations we have there and the presentations we attend shape our coverage. Our own challenge is that our normal workflow tends to bottleneck when we’re in airports and conference sessions. While we’re traveling, magazine articles still need to be planned, written, edited and laid out, e-newsletters still need to be created and broadcast, websites still need updated and social media still needs fresh posts.

Come Out of the Cave

It might be tempting to eschew travel and keep our heads down, focusing on the work piling up right in front of us. But when you keep your nose to the grindstone, it’s tough to see anything else. At CAASE, Jon Aldred, VP of Product Management at HBM Prenscia put a slide up on the screen during his presentation that summed up the notion for engineers. Two cavemen were dragging a heavy cart with square wheels past another who was offering innovative round wheels to them. The caption from the hard-working cavemen read: “No, thanks! We are too busy.”

Aldred, who won the CAASE award for Best Presentation, used the slide to explain one of the challenges to democratization. Engineers are so busy that it’s difficult for them to accept any new technology that would disrupt their workflow, even if it’s beneficial for them in the long run. “Democratization must overcome some real practical challenges in order to become a broadly adopted reality,” he said. “Democratization becomes a reality when engineers themselves are able to create apps or automated processes without requiring custom IT projects or software development skills.”

But there’s even more to making democratization a reality than that. As one CAASE attendee explained during a roundtable discussion hosted by Rev-Sim.org, a new website focused on simulation democratization, you can give engineers innovative tools, but that doesn’t mean they’ll use them. His company introduced new topology optimization software and instituted a formal training program to show engineers how to use it. They even polled the engineers post-training to make sure the training was useful. The training received high marks; the engineers seemed pleased with it. Months later, none of the engineers have used the new topology optimization software in their day-to-day work.

The story is all too common. It takes an enormous effort to successfully introduce a disruptive technology to a busy workflow. Is the problem that engineers don’t think they need the new software, or are they just too stuck in their ways—or too busy—to change their workflow in order to incorporate it? Sometimes a mandate to innovate is required, but even that is likely to fail if end users aren’t part of the process from the very beginning.

One engineer stopped by our booth at CAASE to chat about our recent coverage of real-time simulation visualization tools that can be used in the concept stage to help design engineers get a better idea of how model changes might affect a full simulation run. “I don’t want our execs to see that,” he said. “They’ll think all we have to do is push a button to get a simulation analysis.” He didn’t want it to become a corporate mandate.

The walls separating engineering, management and IT are hard to knock down. Technology alone can’t do it—even technology that enhances collaboration. It requires people on all sides who are willing to make a change for the better, are able to get stakeholders to buy in and aren’t so busy that they can’t be bothered with innovation. It’s not fast and it’s not easy, but anything worth doing rarely is.