Tracking the Expansion of HPC at SC17

This year's big news all has one thing in common: making the power of HPC more accessible to mainstream users by decreasing the complexity of implementation and/or specializing on particular users' needs. 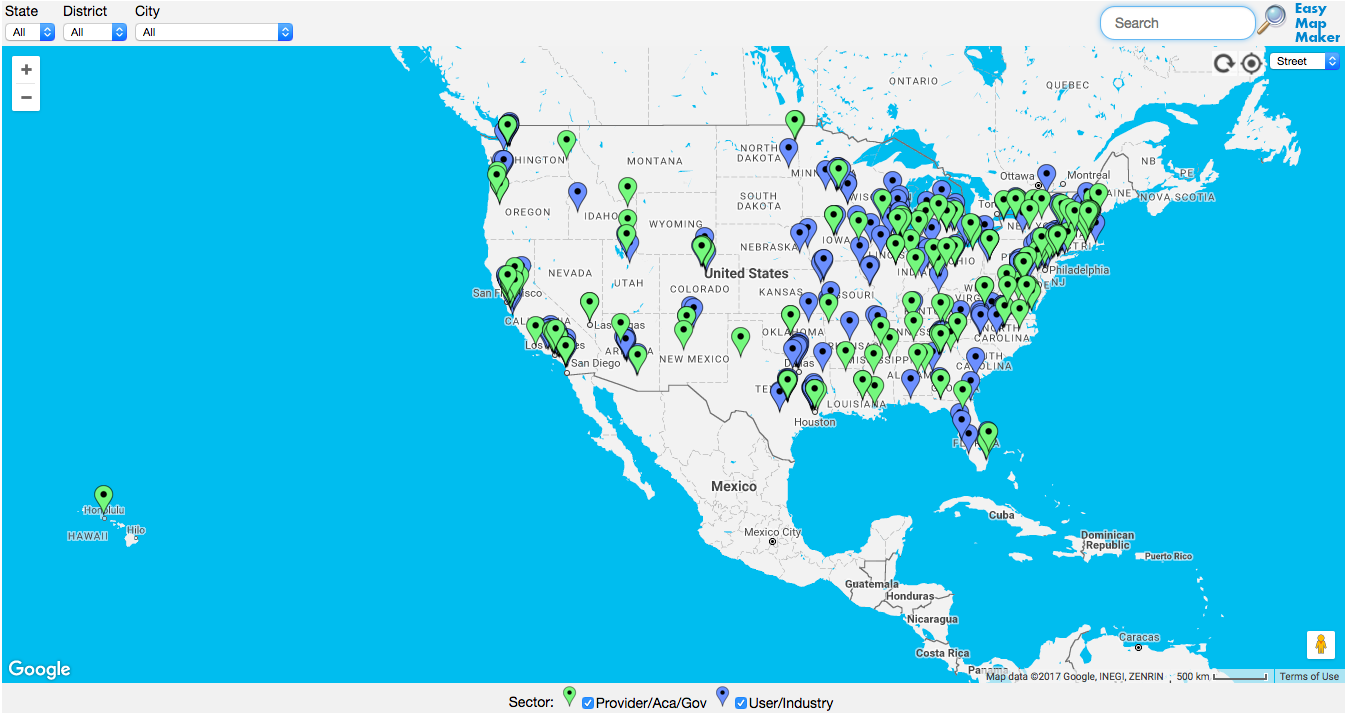 Hyperion’s Bob Sorensen shared how the firm is mapping HPC centers across U.S.

SC17, the annual supercomputing conference, is taking place in Denver this week. Its session cover the role of high-performance computing (HPC) in everything from smart cities to the Square Kilometre Array (SKA) project, an international collaboration to build the world’s largest radio telescope that will change our understanding of space as we know it.

In the first half of 2017, HPE/HP has a sizable market share lead over its closest competitors: 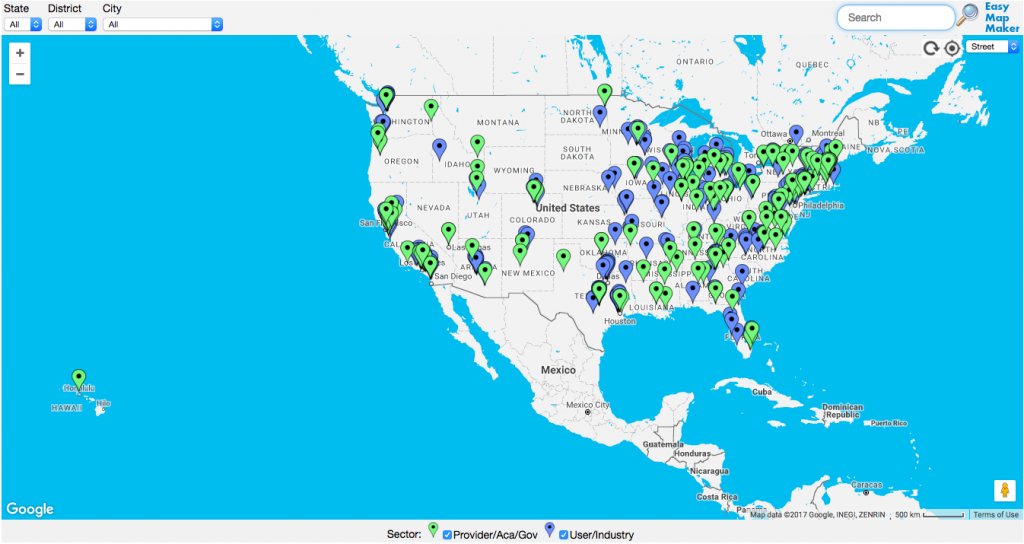 Hyperion’s Bob Sorensen shared how the firm is mapping HPC centers across U.S.

To help expand the use of HPC by connecting industry with academic and government HPC resources, Hyperion has created an interactive map of the 759 HPC centers across the U.S. You can search for the government/academic or industry HPC center near you. The results include the congressional district it’s in, its size and contact information.

The conference’s exhibitors also use SC17 as an opportunity to introduce new products. This year’s big news all has one thing in common: making the power of HPC more accessible to mainstream users by decreasing the complexity of implementation and/or specializing on particular users’ needs.

NVIDIA touted its record number (34) of new GPU-accelerated systems on the latest TOP500 supercomputer list — bringing its total on the list to 87. The company says it also increased its total petaflops on the list by 28%, and it captured 14 of the top 20 most energy-efficient supercomputers on the Green500 list. In a pre-SC17 video presentation, NVIDIA CEO and founder Jensen Huang said every major computer maker and cloud service has turned to the NVIDIA Volta architecture to accelerate data-intensive workloads. Earlier this month, the company announced its NVIDIA GPU Cloud (NGC) container registry for AI developers.

AMD and its ecosystem partners announced the availability of a suite of new, high-performance systems powered by AMD EPYC CPUs and AMD Radeon Instinct GPUs. AMD combines this portfolio with the new ROCm 1.7 open platform software with updated development tools and libraries. Target workloads for AMD solutions include machine learning, weather modeling, computational fluid dynamics, simulation and crash analysis in aviation and automotive manufacturing, and oil and gas exploration, according to the company.

In addition to sending a supercomputer into space, Hewlett Packard Enterprise (HPE) announced new high-density compute and storage solutions that it says will enable enterprises to harness the power of HPC and artificial intelligence (AI) applications. The new and enhanced solutions are part of the HPE Apollo compute platform.

The conference’s exhibitors, tutorials, workshops, and technical program presenters all relied on SCinet, the world’s fastest open network (for the duration of the show). There are about 160 volunteers who work on the project for more than a year to design, build and operate the network for a week, and then tear the network down at the end of the conference. The network provided 5-6 Tbit/sec speeds onto the Exhibit Floor, comprised over 89 miles of fiber optic cables and included over 200 wireless access points throughout the convention center.

SC17 is also the venue for the annual Student Cluster Competition. “Working with hardware and software vendor partners, student teams design and build small clusters, learn designated scientific applications [and] apply optimization techniques for their chosen architectures,” Stephen Lien Harrell, a scientific application analyst in Research Computing at Purdue University who advises the SCC teams, told DE in this month’s Q&A department. “Then they compete in a nonstop, 48-hour challenge at the SC conference, striving to complete a real-world scientific workload while impressing conference attendees and interview judges with their HPC knowledge. However, there is a twist: all HPC clusters must fit within 3,000 watts.”

The SCC is a great introduction to the HPC community for students. These students may one day lead efforts like expanding HPC further into manufacturing, or even into space.

Check out the SC17 Keynote: Life, the Universe and Computing: The Story of the SKA Telescope below. It’s an impressive example of mechanical and systems engineering challenges being met and overcome via expert collaboration over more than two decades.