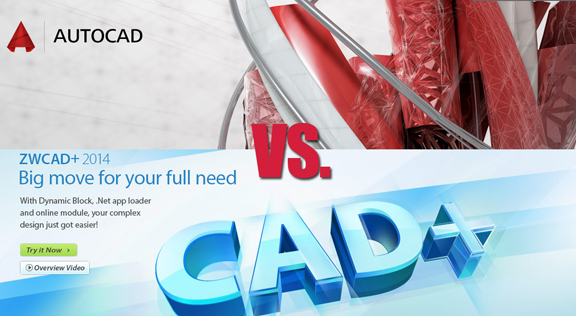 Did China-based ZWSOFT copy some of Autodesk’s AutoCAD code while developing a competing product? Autodesk seems to think so.

In the complaint filed with The U.S. District Court, Northern California, Autodesk writes, “The ‘new’ ZWCAD+ is not merely an AutoCAD ‘work-a-like,’ and it does not just share similar interfaces and commands. In crucial and unmistakable ways, ZWCAD+ performs identically to prior versions of AutoCAD. This duplication, which is at the source code level, could not have been accomplished through coincidence or the application of similar programming logic.” The complaint cites “the existence of ‘bugs,’ programming remnants, and other idiosyncrasies in software code” that suggest a shared origin.

Autodesk is asking for, among other things:

Today, ZWCAD Design, a division of ZWSOFT, issued a public statement defending its product. ZWCAD states it developed ZWCAD+ independently, a fact verified by the National Copyright Administration of the People’s Republic of China. It also says Autodesk’s allegation is “merely a unilateral conclusion based on some similarities of function and interface.”

ZWCAD Design pointed out Autodesk has filed a similar case against it and its partners in the Netherlands. Details of this case are not readily available. According to ZWCAD, verdict is pending, and both parties have been instructed not to discuss the Netherlands case in public.

In ZWCAD’s view, the U.S. lawsuit is just an extension of Autodesk’s “vicious market competition plan.” The company accuses Autodesk of “using its resource advantage in a bid to strike down a future competitor.” Furthermore, it interprets Autodesk’s 80% price cut of AutoCAD in China in 2009 as a move that “violated the principle of fair and free market competition.”

Greg Eden, VP of Autodesk and the company’s brand and communication manager, said, “We believe ZWSOFT developed its core product with unauthorized use of our technology. We have taken this [legal] action as part of our continued efforts to defend our intellectual property. While we encourage vigorous competition in the market place, we cannot tolerate IP infringement.”

Despite the availability of many free or low-cost 2D drafting programs, AutoCAD and AutoCAD LT still remain the industry standard. Rival products include DoubleCAD XT (from IMSI/Design), DraftSight (from Dassault Sytemes), ARES (from Graebert), and ZWCAD+, the subject of the recent lawsuit. Since AutoCAD is Autodesk’s intellectual property, those who want to create a competing product usually relies on IntelliCAD‘s technology, an alternative for reading and writing DWG files compatible with AutoCAD.

ZWCAD is marketed to both mechanical and architectural sectors, just as AutoCAD is. In 2010, ZWSOFT acquired the U.S. 3D CAD company VX CAD/CAM, leading to the eventual launch of ZW3D, a 3D mechanical modeling package.

Update: On April 7, the District Court in the Hague issued a judgement in Autodesk’s suit against ZWCAD Design and TechCAD RTOC, a Belgium-based ZWCAD reseller. Similar to the U.S. case now in progress, Autodesk claimed in the Europe case that ZWCAD+ was developed on the basis of the source code for AutoCAD, appropriated unlawfully. The Hague Court, however, found “Autodesk has not substantiated with documents” the source code misappropriation.

The judge, however, granted one of Autodesk’s requests: “The order to ZWSoft et al. to surrender the source code for the versions of ZWCAD+ in its possession to a custodian.” When ZWCAD argued that, according to Chinese regulations, its source code couldn’t be taken out of China, Autodesk proposed a China-based custodian as the solution. Placing the source code “in custody, namely to preserve evidentiary material for an action on the merits, is urgent, and, in a provisional opinion, also a legitimate interest,” the Court reasoned.

In ZWCAD’s view, this was a “landslide” victory. The company issued a statement which read, in part, “The first verdict of the Dutch court proves ZWCAD+ is a trust worthy product ... The lawsuits against ZWCAD+ speak volumes of its industry leading product quality, which has threatened the dominant position of the giant company in the market.”

Autodesk’s responded in a blog post that the Hague Court’s decision was hardly a landslide. “This was a preliminary hearing and there will be others. This is a multi-step legal process that’s going to take a while,” the post read. The ZWCAD source code surrender set the stage for the next phase, where Autodesk presumably would perform a code-level review to substantiate its initial claim.

In the judgement, the Court remarked, “The fact that many functions of AutoCAD 2008 that make no contribution to the operation of the system that is meaningful for the user or that even could be qualified as errors appear in ZWCAD+ offers sufficient ground.”

Autodesk considered the decision “a step in the right direction and look forward to the review.