3D Printing the “House of Dust” 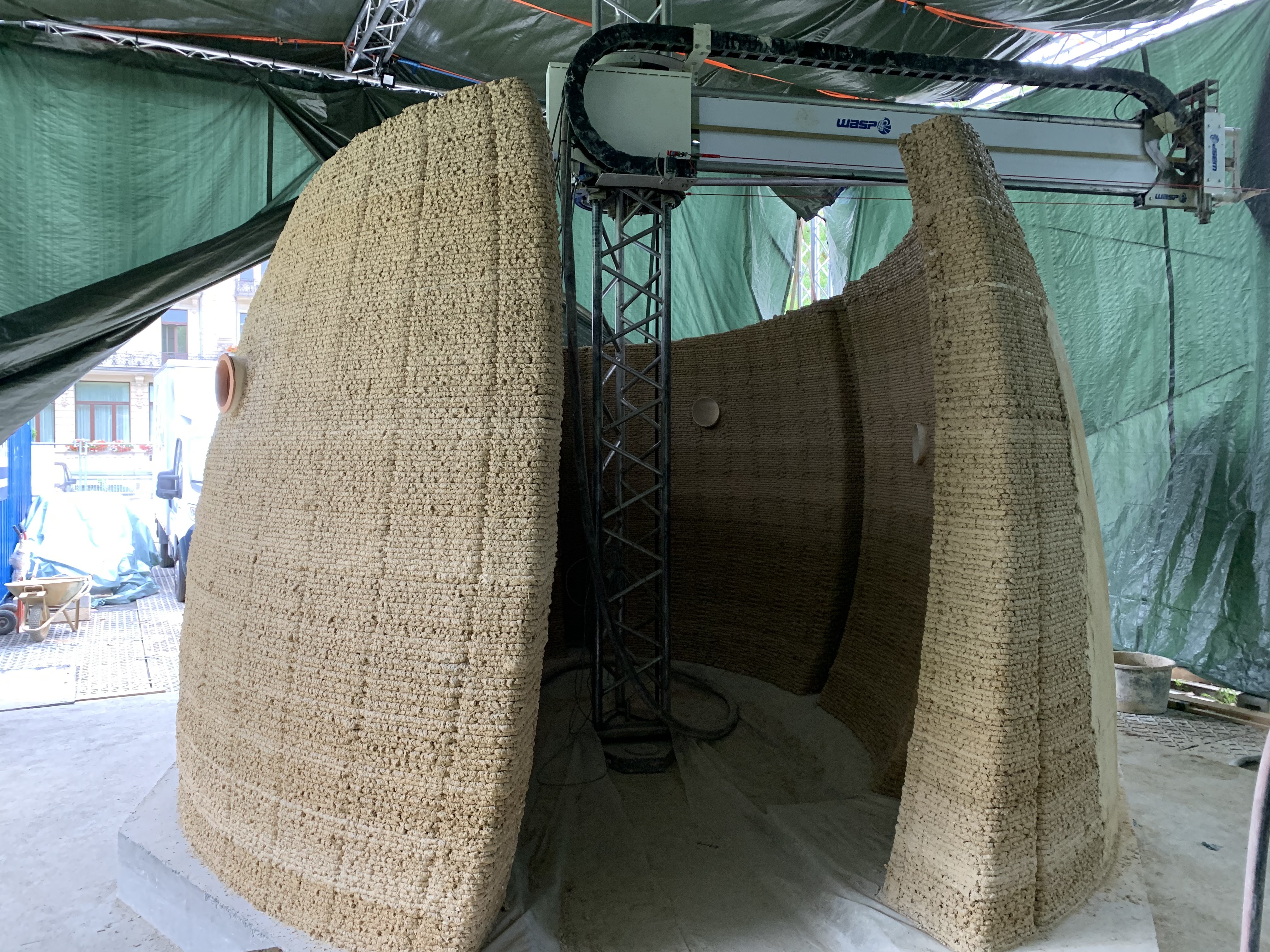 “The House of Dust” is a livable and sustainable artwork entirely 3D printed with natural materials. Image Courtesy of WASP

The “House of Dust” sculpture displayed in an exhibition commemorating the 75th anniversary of the state of Hesse in Germany is not just an extraordinary piece of art, it could be considered somewhat of a 3D printing masterpiece.

The structure, a cross between an igloo and a wasp hive, is an amalgamation of 50 hours of 3D printing, 500 G-codes, 165 15mm-layers, 15 kilometers of extrusion, and eight cubic meters of material, culminating in a sculpture with a total surface measure of 16 square meters. The structure was created with the WASP (World’s Advanced Saving Project) CRANE 3D printer, which has been at the forefront of development of construction processes based on the principles of the circular economy and digital fabrication.

“The House of Dust” is a collaboration between the Museum Wiesbaden and artist Alison Knowles, known as a pioneer of the Fluxus movement, which is synonymous with the gradual transition between art and life. Its origins come from a computer-generated poem Knowles created using a Siemens 4004 computer and the Fortran programming language. That poem was eventually translated into physical structures in Chelsea, NY, and later in Burbank California, and now again through this latest 3D printing incarnation.

The artist chose 3D printing, and specifically WASP 3D printers, to reactivate the poem with a new physical structure because the pair represent the synthesis of technological advancement in the on-going dialog around man and technology and between man and new ways of living. WASP’s 3D printing approach for creating new ways of living draws inspiration from the potter wasp, and the CRANE multi-printer system is already being tapped to build 3D printed houses in a sustainable way.

Transforming the way the world’s population lives is a central theme of our time, driven by trends such as climate change, globalization, and digitalization, according to Massimo Moretti, WASP’s founder. Among the company’s many projects is Gaia, a 3D printed house made using the CRANE printer and natural materials from the surrounding area, which was designed to have zero environmental impact.

“Developing processes to give a home as a birthright for every man is a responsibility of the most advanced societies,” said Moretti in a press release. “The humblest materials, the waste from the agro-food chain and the raw earth deposited by machine at the point and in the quantity proportionate” is central to WASP’s strategy to transform shapeless matter into a habitable living structure, he added.

Not only will “The House of Dust” be on display temporarily, you can also sign up for an overnight stay. Go to tinybe.org web site to book.

To see the “House of Dust” printing process in action, check out this video.