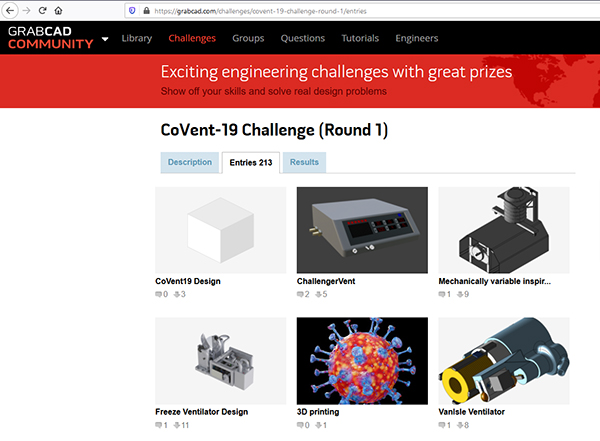 It launched in April, soon after news broke that hospitals were facing a ventilator shortage. A total of 213 entries came in, with engineering drawings and 3D models from different countries.

The hashtag for the challenge is #innovatetoventilate (Innovate to Ventilate). While commercial ventilator vendors and some automakers are now joining the race to produce ventilators, those destined for the commercial market for ICU usage will likely cost between $25,000-$50,000 a unit, according to Medtronic.

The aim of CoVent 19, by contrast, is to produce units that can be built for around $2,000 to $3,000, so even long after the crisis, they could remain a design resource for other developing countries or underfunded hospitals.

Baptistery of Florence Restored Doors with 3D Scanning and Printing

Recently the 680-year-old eight-ton bronze doors of the Cathedral of Florence’s Baptistery got a modern upgrade, with the help of 3D printing.

Originally installed in 1329, some parts of the doors have endured weather for years, evident in the dent and damages on the surfaces of the sculptures. The Italian firm Prototek was the one to get the preservation assignment, to help replace the original door with a replica.

The tool chosen for the job was the Artec Spider handheld 3D scanner. Prototek used it to scan and capture the original, then fix the damaged surfaces digitally in software to produce a 3D-printable replica without the damage. The 28 panels from the southern doors were scanned one by one and reproduced in 3D printing.

The plan was not to install a 3D-printed door as the replacement, but rather, to use the 3D-printed model as guide to create mold to recast bronze replicas. The fine details were then chiseled back into the cast models to match the original.

The restoration began in 2016 and lasted 3 years. The new doors were unveiled on June 24, 2019, the feast day of Florence’s patron saint John the Baptist.

The doors stood through one of the darkest chapters in Europe—the Black Death, or the plague of 1348. Now, they’re also set to live through COVID 19. 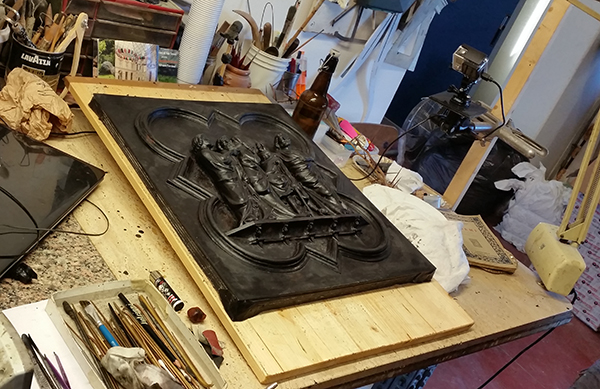 Fusion 360, Autodesk’s integrated CAD/CAM and simulation suite, is upgraded with 3D printing printing features. You can load the printable digital file, select printer, simulate the print operation, and then print right from the Fusion environment. It's part of the March 2020 update to the software.

3D Heals, the conference that showcases the use of additive manufacturing in healthcare, has been running regular panel discussions on Zoom, focusing on the use of 3D printing to produce PPE.

The next major event, 3D Heals 2020, will be fully virtual. It promises 65 speakers, 4 workshops, with startup pitch and job search sessions. Tickets are $100 per person, at Eventbrite.