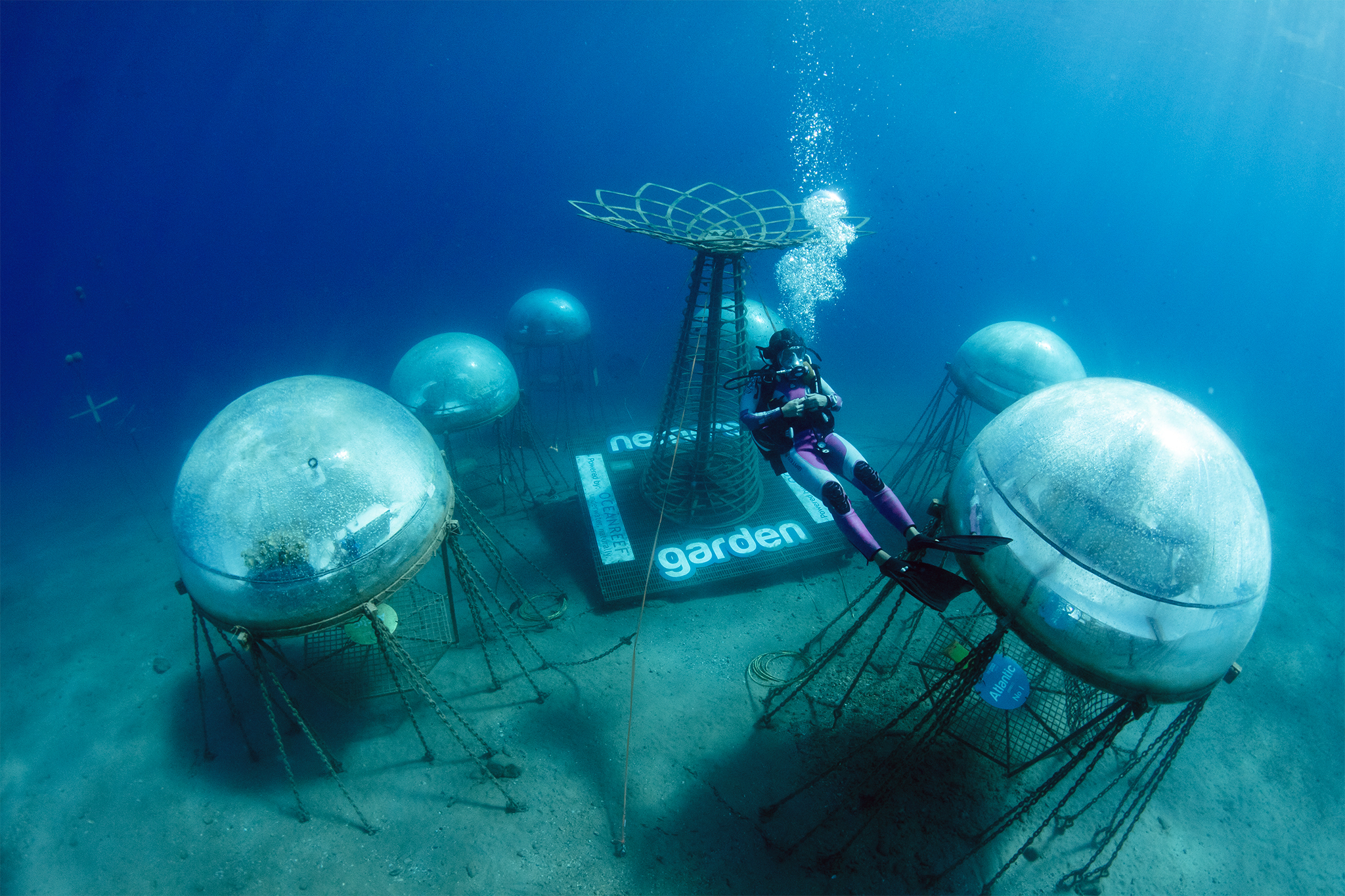 Nemo’s Garden is a prototype biosphere where plants can be grown underwater. Image Courtesy of OceanReefGroup 2022

Basil, strawberries, lavender, and tomatoes may be standard fare at the local farm, but the plants are also part of an experimental crop for Nemo’s Garden, an underwater biosphere project aimed at creating an alternative system of agriculture for areas where environmental or economic conditions inhibit plant growth. The project leverages technology from Siemens Digital Industries Software.

Nemo’s Garden started with the idea of creating a self-sustainable, eco-friendly food growth system that could utilize the natural resources of oceans and other bodies of water to cultivate plant growth and optimize crop yields. The company developed a prototype biosphere that enables plants to be grown underwater taking advantage of readily available positive environmental factors in oceans or other bodies of water, including temperature stability, water evaporation, CO2 absorption, abundance of oxygen, and natural protection from pests.

While Nemo’s Garden made progress proving out its concept through a series of innovation cycles, the current structure is expensive to produce, transport, and deploy. In addition, manual monitoring of processes during growth cycles further increased costs and were limiting an ability to scale the research and innovation. As part of an effort to turn a concept into a commercially viable subsea farming platform, Nemo’s Garden partnered with Siemens Digital Industries Software, gaining access to the Xcelerator software portfolio and consulting services to help refine the biosphere designs and automate processes.

By creating a comprehensive digital twin of the biosphere, the growing conditions, and the impact of the biosphere on potential bodies of water, Nemo’s Garden can move design and testing into the digital world, therefore accelerating and extending its design cycles beyond what’s possible in the physical world due to limited growing seasons. “We work all winter to integrate our hypotheses into a physical sphere, install it with a control sphere 30 feet underwater in the spring, plant crops at the optimum time, but we won’t have a complete picture of success until the Fall or a chance to remedy mistakes until the following year,” explains Alastair Orchard, Siemens’ vice president of Digital Enterprise. “We’re limited to 12-month cycles, and if Nemo’s Garden is to seriously move the needle, it must scale considerably from the experimental installations of today to radical new designs rather than incremental improvements. That’s simply not possible in the physical world.”

Cost is another driver pushing the team to leverage digital twins and simulation. “Advanced modeling and dynamic digital engineering considerably reduces the need for fixed costs and large teams to tackle very complex problems,” adds Luca Gamberini, co-founder of Nemo’s Garden. “Our project is susceptible to considerably complicated interaction of many variables that are all acting together through the laws of physics. Without this capability, we would be grounded by the necessary time to set up real-world physical testing and would also not be able to quickly weed out designs or validate valuable ones.”

Sensor data collected by the Nemo Garden’s team over past seasons was used to create the initial biosphere digital twin and then live data harvested from cameras and sensors during the 2021 growing season was fed to the models to compare predicted behavior to what was happening in real time. The biosphere digital twin was placed into a simulation of the Bay of Noli, enabling the team to do things like identify flow characteristics of water around the sphere to identify the highest points of flow for future power generation micro-turbines and to calculate the stresses on the chains attaching the sphere to the seabed. CFD capabilities helped predict how the thermal currents created by sunlight would move around the plants grown in the sphere as well as what fans might be required under specific daylight conditions.

Siemens’ Xcelerator portfolio helped the team at Nemo’s Garden create a digital twin of the biosphere, including growing conditions and the impact of the biosphere on the water body locale. Image Courtesy of OceanReefGroup 2022.

Simulation and the digital twin are also being tapped to radically rethink the biosphere design so that it can be built and delivered on an industrial scale. The team is working towards a shape that is more manufacturable and transportable than a hemisphere while maintaining its hydrodynamic and pressure resistant characteristics. Simulation can help the team better explore key characteristics as it evolves the redesign, including optimum mechanical characteristics for operating efficiently underwater; how much volume to increase effective acreage; and providing space for automated harvesting systems. In-depth study of tethering materials, anchoring solutions, and clustering topologies that address environmental concerns are also being investigated through simulation studies as are energy storage solutions, the layout of growing channels, and how the choice of crops could affect things like temperature or O2/CO2 levels.

“With physical experimentation, you get to make one extremely expensive test per calendar year and then struggle to untangle the effects of multiple design modifications,” Orchard says. “In the virtual world, we can make thousands of experiments in parallel, using generative algorithms to home in on the best balance between conflicting factors while rapidly identifying a space of possibilities that can be verified in a single growing season.”

To get a look inside the Nemo’s Garden biosphere, check out this video.