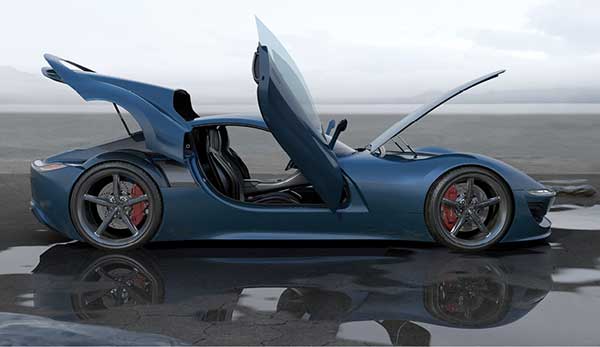 The first generation of CAD and CAE software for PCs was designed to do all the calculations on the CPU. Graphics processing units (GPUs) were only for accelerating graphics displays. It would be years before NVIDIA and AMD added sophisticated parallel processing hardware, at first in support of new video games. It didn’t take long for CAD/CAE software developers to realize there were new capabilities in GPUs that they could use.

There was one problem: CPUs are designed as sequential processing units. Engineering applications constantly solve challenging algorithms. The sequential, evolving nature of engineering and design work matched with the single-threaded nature of solving algorithms. So in virtually every CAD, CAE and CAM program, the CPU did the mathematical heavy lifting and the GPU delivered results to the screen.

To this day, CAD programs mostly operate in a serial, single-threaded mode, while GPUs use a parallel approach to processing graphics, and perform the same calculations millions of times to achieve graphics realism. CAD vendors can’t just toss away generations of work in sequential processing.

Nonetheless, engineering software vendors have found ways to harness the tremendous performance that GPUs offer and use the hardware as a tool for product development engineering.

Engineering workflows have evolved from manual processes to computer-based designs that are more realistic and tangible. Today, there are forms of engineering work that did not exist 10 years ago.

“Visualization of design in VR and democratization of simulation are really interesting topics that can drive discussions around GPUs,” notes Chris Ramirez, strategic alliances manager at Dell for manufacturing and construction.

“Up until recently, mainstream engineering tools were all CPU-bound on single threads,” notes Andrew Rink, a senior member of the marketing team at NVIDIA. “But now designers and engineers use multiple design tools, and there are new capabilities that require much more graphics acceleration. Someone might be using AutoCAD but want to drop the model into VR or use a physically based rendering tool. This completely changes the dynamic. If someone is thinking about real-time simulation or VR, they need a higher-end GPU.” 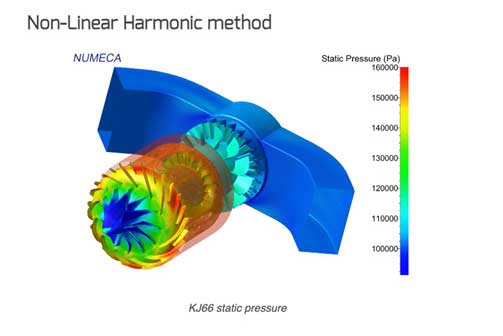 “Throughout all design work, we are seeing two trends,” says Glen Matthews, senior manager of product management at AMD. “VR/AR is one. The other is rendering within design; it shortens the production cycle. Both trends are about using visualization to design products faster.”

Henrik Jensen co-founded software company Luxion to push the boundaries of 3D rendering. It demonstrated the first interactive ray tracing application in 2006. The company’s primary product, KeyShot, creates physically accurate renderings of 3D objects with the use of global illumination algorithms. It has become popular for professional use cases, including product development.

When Luxion began, GPUs were on the market for a few years, but were primarily for faster display, not algorithmic processing.

“KeyShot used complex algorithms, and they ran well on the CPU. But they didn’t map to GPUs,” says Jensen. So the company focused its development work on CPU use.

In 2018 Jensen attended an NVIDIA event and saw the prototype of the RTX specification, which included hardware support for ray tracing, the most common form of illumination for 3D rendering. Jensen was impressed by how far GPUs had come since 2006. The company decided to “start fresh with new tech” for KeyShot 9, released in 2019.

“Starting with the newest generation of NVIDIA technology gave us an advantage,” he says.

But Luxion did not abandon CPU-based rendering, for two reasons. One, says Jensen, is the large base of existing KeyShot users that do not use the latest GPU technology. Two, AMD had big advancements in CPU technology.

A simulation in Rocky DEM 4 of 10 million particles in a granulator, colored by their translational velocity. Image courtesy of Rocky ESSS.

“For most product scenes the GPU does deliver blazing performance, but for highly complex scenes with a lot of geometry and textures, the CPU with access to more memory becomes competitive,” says Jensen.

A CPU like Threadripper is also preferable over GPUs in scenes with highly divergent shading behavior. On a Luxion benchmark designed to test such shading, Jensen says the NVIDIA RTX 6000 is three times faster at rendering the scene than the Threadripper 3990X. Precision is another factor. The CPU uses double-precision 64-bit floating point calculations, while the GPU uses single-precision 32-bit floating point calculation.

“This does limit the accuracy in large scenes, and can lead to gaps or inaccurate shading,” notes Jensen.

KeyShot on a CPU has one more trick, Jensen says—direct ray tracing of NURBS. “Direct NURBS ray tracing is beneficial when working with large models that contain small parts.”

All in at Ansys

Engineering simulation and analysis specialist Ansys has used GPU acceleration in its products since the release of Ansys 15.0 in 2014. Today, nine products in the Ansys portfolio support GPUs for faster computational performance.

Ansys continues to invest in GPUs.

“Our customers can cut the time for typical Ansys Mechanical models in half, enabling them to innovate products faster across the entire life cycle,” says Wim Slagter, Ansys director of HPC and cloud marketing.

GPUs in Other Applications

The following offers examples of how GPUs are becoming more common as a co-computing platform with the CPU.

Altair uses GPUs to improve a wide range of simulation and analysis functions across its portfolio.

“Multiple physics can be accurately simulated on GPUs,” notes an Altair brief, “to explore and evaluate alternatives overnight and significantly speed up design workflows.” The company says advanced monitoring and predictive maintenance simulations can run up to six times faster using GPUs than on a CPU-based workflow.

Autodesk is adding GPU acceleration to many of its products. VRED 2021 now does ray tracing on the GPU instead of in the CPU. In a test comparing CPU and GPU ray tracing, a dual-CPU workstation with 40 CPU cores was compared to one, two and three NVIDIA RTX 8000 GPUs. One GPU was 2.3x faster than the CPU-only workstation; the three-GPU workstation was 6.6x faster. The latest releases of Alias, Arnold and Fusion 360 also include GPU-specific upgrades. 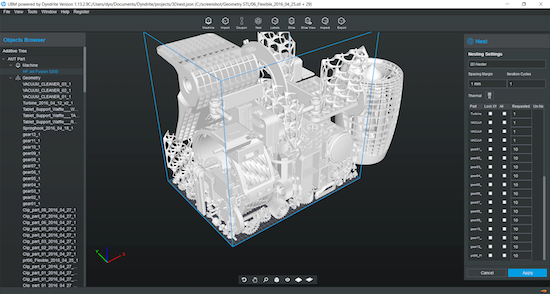 HP Universal Build Manager Powered by Dyndrite screenshot depicting an HP Jet Fusion 5200 machine, 3D nested with an assortment of files for a dense build chamber. HP’s proprietary nester is a plug-in for the application. Image courtesy of Dyndrite.

Granuleworks also develops DEM software and specializes in powder simulations. The software is optimized for the Volta and later generation of NVIDIA GPUs. With a 16-core Intel Xeon workstation CPU as the 1.0 score in a benchmark, a GPU-equipped workstation scored a 22.48x faster resolution time for a ribbon mixer simulation.

Rocky ESSS is a specialist in particle physics, also known as discrete element modeling (DEM). The solver in Rocky 4 can distribute a simulation across multiple GPUs. A commercial-scale high-shear wet granulation simulation that used multiple GPUs was able to simulate more than 10 million particles for the first time in company history. “These kinds of very high particle counts were not possible previously but are now a reality,” the company says.

Turbostream CFD optimizes for CPU and GPU use. A study at the U.K.’s University of Cambridge performed a “typical, routine” Deverson simulation using 3 million grid nodes. The simulation took 8 hours to run on a four-core CPU and 20 minutes to run using a GPU.