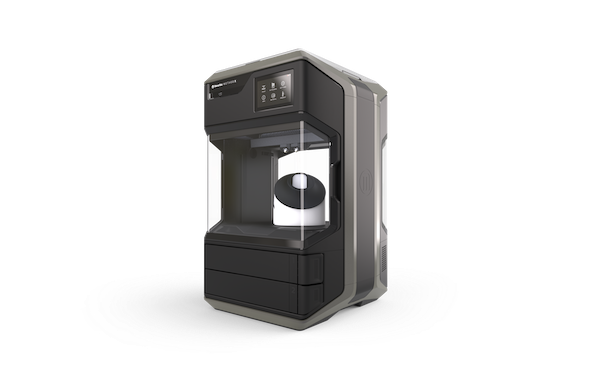 Editor’s Picks: July 28-August 3, 2022
One of the picks will be chosen as DE’s Editor’s Pick of the...
MakerBot CloudPrint 2.0 Enhances 3D Printing Workflow
MakerBot CloudPrint enables users to go from CAD file to printed part quickly.
MakerBot and Ultimaker Merge Entities
The merger has secured additional funding of $62.4M to advance global 3D printing innovation.
Get a Grip on Print Quality
As use of 3D printing expands, designers are challenged to ensure quality control. New tools...
More MakerBot

Makerbot is building on its vision for industrial-grade desktop 3D printing with the METHOD X, what it dubs a manufacturing workstation architected for the production of end-use parts, manufacturing tools, and functional prototypes.

The new desktop 3D printer’s ability to print in real ABS material in a 100°C build chamber using Stratasys SR-30 soluable supports allows dimensional accuracy and precision typically associated with higher-grade and more expensive industrial 3D printers, Makerbot officials said. Specifically, they claim METHOD X can print parts that are up to 26% more rigid and up to 12% stronger than modified ABS formulations used on most existing desktop 3D printers. In addition, the 100°C Circulating Heated Chamber significantly reduces part deformation, producing parts that are less susceptible to warping or cracking and that sport an optimal surface finish, they added.

“The combination brings manufacturing closer to the desktop and engineering,” says Nadav Goshen, Makerbot CEO. “The ability to print with Real ABS enables dimensional accuracy, and the soluable supports frees you to print whatever geometry you like.”

Makerbot is positioning the METHOD X for manufacturing use cases, including small production runs of end use parts, for manufacturing tools like jigs and fixtures, and for instances that require a strong material like ABS to withstand harsh environments. The printer is also a good fit for creating functional prototypes in ABS that closely mimic injection-molded parts prior to part production, officials say.

In comparison, the original Method printer, which is now being offered at a reduced price of $4,999, is being aimed at early stage prototyping for design engineers looking to expand the iterative process and who don’t require the mechanical properties of ABS for their applications. Goshen said he foresees engineering departments using the Method for early stage design and employing the METHOD X for production-class printing. 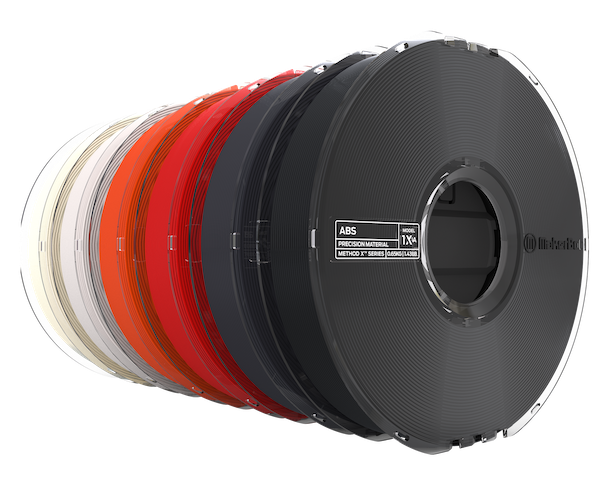 METHOD X’s support for Stratasys SR-30 soluable support material is also a key differentiator for the new printer. Goshen says the printer is the only offering in its price class to support SR-30 materials, which ensure easy and fast removal and thus enable greater design freedom, including the ability to print unrestricted geometries such as large overhangs, cavities, and shelled parts.

Other industrial capabilities on the METHOD X include Dry Sealed Material Bays, Dual Performance Extruders, Ultra-Rigid Metal Frame, and automation capabilities that create a controlled printing environment for faster and more efficient production. The METHOD X, priced at $6,499 and slated to ship in late August, is also equipped with 21 onboard sensors to monitor and control temperature, humidity, material detection, among other environmental factors.

“This combination doesn’t exist in the desktop 3D printer market today,” Goshen says. “It’s what engineers are used to when printing on industrial systems that cost three or more times as much as METHOD X.”

To learn more about the METHOD X, watch this video clip.