Enhancements speed up time for engineers to manipulate geometries and provide tighter integration with ANSYS Workbench.

ANSYS, Inc. has released the 2015 version of its ANSYS SpaceClaim direct modeling solution. SpaceClaim 2015 has been enhanced to enable engineers to work faster through such features as editing and management of faceted models, improved toolpath functionality for the machinist and more complex geometry creation upgrades for all users looking to edit or create 3D models, according to the company. Additionally, version 2015 incorporates enhancements that enable fast and flexible 3D printing, the company adds. 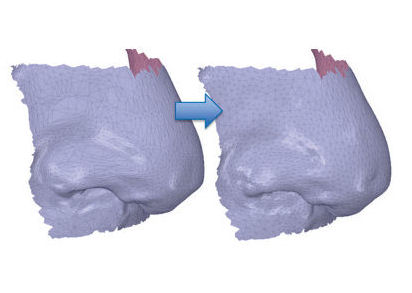 With ANSYS SpaceClaim 2015, users can regularize triangles to evenly position them across a surface. Image courtesy of ANSYS Inc.

SpaceClaim now supports ANSYS Neutral File (ANF) format export. Its improved integration with ANSYS Workbench brings the ability to import geometry from ANSYS Workbench and ANSYS DesignModeler into SpaceClaim. Integration with the ANSYS Workbench platform, says ANSYS, enables engineers to focus their time and expertise on simulation analysis, not geometry preparation. For example, engineers preparing for computational fluid dynamics (CFD) analysis can take advantage of the new features in SpaceClaim to extract the fluid volume of designs instead of relying on CAD engineers to edit geometries for them.

Upgrades for simulation preparation include new imprint and wrap tools for better control over connections between parts. New simulation cleanup and detection tools for short edges, overlapped faces and corrupt faces have been added. With SpaceClaim 2015, users can drive dimensions from the Pull tool edge pivot as well as import layer contents into selection sets. 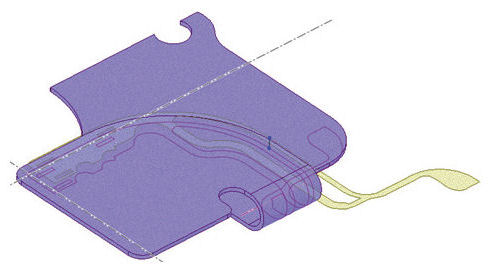 For design and modeling, SpaceClaim 2015 has been upgraded with functionality for pivoting of surface edges and vertices as well as tangent/natural extensions for curves and surfaces. Blends have been improved with a blend to point capability. Reverse engineering improvements include a dedicated mesh curve fitting tool and snap to point. Among the new usability features is the ability to create custom shortcuts to personalize SpaceClaim tools to your needs.

SpaceClaim’s 3D Printing module now includes more tools for repairing models and analyzing print success, according to ANSYS. In addition, direct editing of meshes with SpaceClaim’s intuitive Pull and Move tools are now available with the 2015 release, making it faster and easier for users to get models ready for printing. A new plugin for MakerBot uploads is also part of the 2015 release of SpaceClaim. 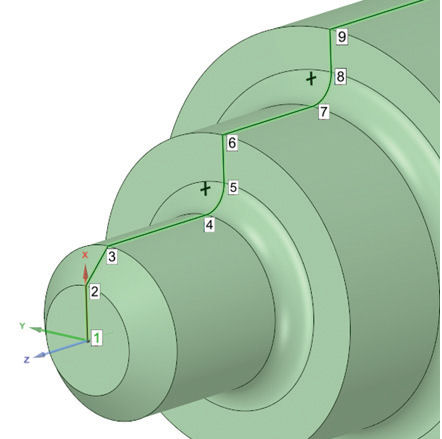 Manufacturing preparation enhancements include a relief tool for automated cutout creation at sharp corners; deburring and lathe profile creation tools for generating toolpaths; and an edges tool for extracting the wireframe version of a part. With version 2015, SpaceClaim extends support to Mastercam X8 CAD/CAM software from CNC Software. 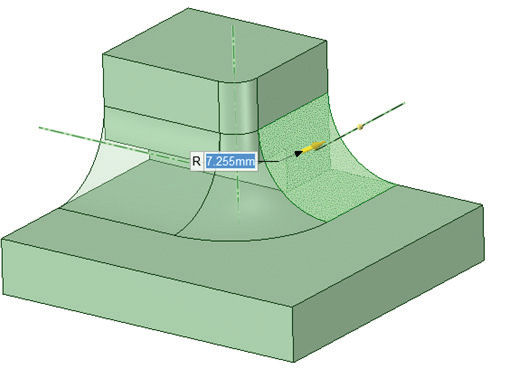 Sheet metal upgrades include swept walls, rounded louvers, split of blend junctions and configurable junction gaps. New support for editing of U-shaped bends, fold up of individual walls and user-defined wall overlap percentages. Miscellaneous enhancements such as BOM (bill of materials) display controls now include and collapse properties and an option to hide annotations behind bodies.

“We continue to deliver breakthrough advancements that make geometry more accessible and more useful for all engineers,” said Frank DeSimone, vice president of software development at ANSYS in a press statement. “With the resources of ANSYS behind us, including strong collaboration with other ANSYS product development teams, we’re making it easier than ever for our customers to create everything from complete virtual prototypes to complex 3D printouts.”

See why DE’s Editors selected ANSYS SpaceClaim 2015 as their Pick of the Week.