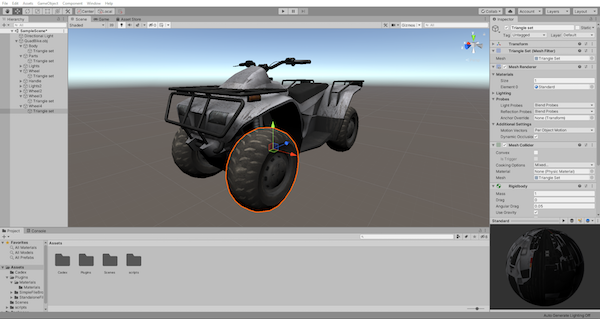 CADEX has announced CAD Exchanger SDK 3.8.1. The new release supports Unity, a popular game engine that is now utilized in automotive, construction, and other applications. According to the company, the Unity platform allows design visualization, immersive training, photorealistic virtual environment creation, product simulation, augmented maintenance procedures, fast animation rendering, and a myriad of cases to speed up and simplify the product cycle with the help of AR/VR.

CADEX has added the CadExUnity module for integration with Unity. Users can import more than 20 CAD formats directly into the engine. CAD Exchanger enables software developers to build Unity-based applications that are able to read 3D CAD in real-time, providing end-users of the resulting software the ability to load custom 3D files.

The new module integrates directly into Unity, which means that all the data contained in the 3D files can be displayed in 3D or in a VR scene. Depending on the file format this includes colors, textures, materials, and other meta-data in formats not supported by Unity itself.

CAD Exchanger is able to retrieve elementary, free-form, and procedural geometrical elements. The latter has no explicit parametric equations that define its shape, which makes it more problematic to import. With the new release 3.8.1 the company says it has further enhanced import of intersection curves, blended edges and blend bounds. The Parasolid geometry is used in multiple formats, so users of JT, NX and Solidworks ones will benefit from these improvements in geometrical accuracy. The solution also ensures determinism when importing shared tolerant edges without a 3D curve.

The release also supports import and export of X3D (Extensible 3D), an XML-based file format for representing 3D graphics on the Web. It is now possible to view and explore the files and convert them to VRML, OBJ, STL, and other formats. The solution supports both semantic and graphical PMI. The new release extends the scope to the machine-readable dimension and tolerance import.

A detailed list of updates is available in the CHANGES.txt file.