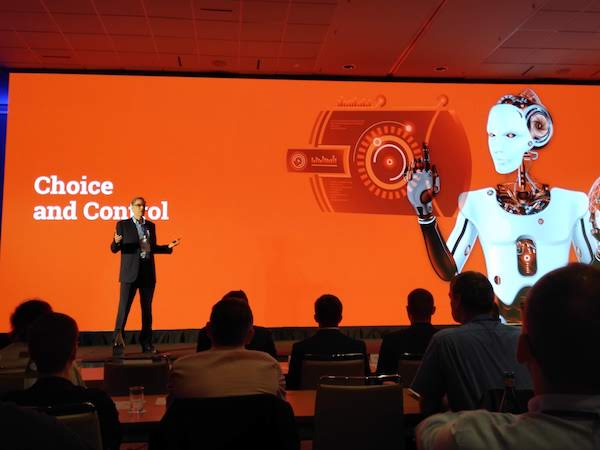 Mastercam 2021 is Now Released
CAD/CAM developments streamline the manufacturing process from job setup to job completion.
Hypertherm Releases ProNest 2021
This marks a major version update of its advanced CAD/CAM nesting software.
Mastercam Offers Free Training and Remote Educational Opportunities
Registrants can sharpen CAD/CAM skills while at home.
Lantek Launches its 2020 Version
In total, there are over 100 improvements and updates across the whole range of solutions.
More Design

The Open Design Alliance (ODA) was formed to bring independent interoperability between Autodesk AutoCAD and all other design industry products. Today the AutoCAD .dwg file format is a de facto industry standard for interoperability, so ODA is taking aim at a new interoperability target: the rapidly growing use of CAD in the cloud.

“Interoperability is more important than ever,” says Neil Peterson, ODA president. In his opening remarks at ODA DevCon ‘19 in Milan, Italy on September 10, Peterson shared the new vision with ODA members and a small contingent of press and analysts. “There are now many cloud applications and many products, and they all must work together. Our industry needs standards and toolkits for interoperability,” Peterson adds. “It is our job to provide it.”

Interoperability starts with decisions about choice and control, Peterson says. “[Many of] these systems are like black boxes. There is no control over where data is stored.” If a vendor goes out of business and there is no perpetual license covering data storage, “you are stuck. These companies give a lot, but you give up choice and control.”

Peterson says the current state of CAD in the cloud is “the gatekeeper model all over again. Our vision for the future is different.” ODA’s new Open Cloud platform, Peterson says, will allow CAD vendors and engineering companies to use all their applications and data in the cloud but with a common Application Programming Interface (API), “making it easier for users to move from one application to another.”

To provide cloud technology toolkits for engineering and design, ODA is updating and expanding its line of development platforms. In 2018 ODA introduced version control technology to .dwg, which provides a crucial foundation for extending CAD into the cloud. Other existing ODA utilities such as PDF publishing, visualization, and STL and OBJ support have also been updated for the cloud era.

By the end of 2019 ODA will be shipping several new software libraries to extend engineering into the cloud. There are new toolkits for both Facet and Solid Modeling, a new Software Development Kit (SDK) for STEP, and a new development platform called Open Cloud. It is expanding from its initial dependence on Amazon Web Services (AWS) by adding support for Microsoft Azure.

Peterson mentioned no particular company by name. It would be easy for some to say this is another way for ODA to take shots at Autodesk, the only leading CAD vendor which is not an ODA member. But many engineering software vendors are in the cloud race, and almost all of them share the same issues of offering a closed system which impedes interoperability and user-determined storage. (A notable exception is Graebert’s ARES Trinity of CAD, a desktop/mobile/browser platform that allows the user to store data in their choice of online products such as Dropbox, Box, Google Drive and Microsoft One Drive. Graebert built its ARES platform using ODA software as a foundation.)

Most discussion of CAD for product design and manufacturing frame conversations about CAD as if solid modelers were the only game in town, yet .dwg-based CAD tools capable of both 2D and 3D are still the majority of CAD seats in every CAD-using industry.

ODA is owned by its members, which come from three areas: software vendors; companies who use ODA products to create in-house applications; and academia. “We are big picture and long term” in our development work, Peterson says. “We take on projects too difficult or too expensive” for our members to take on by themselves. “Now our members are asking for more,” notes Peterson. “Data from models or drawings is not enough. We have a parallel mission to develop a full technology stack.”

Peterson described Open Cloud as “an evolution of the cloud technology we have been developing. The new name best captures what we want to do.” He says the new product covers visualization, data access and service-side automation. “Open” in the context of this toolkit means it is distributed as technology others can use, not a Software as a Service (SaaS) product. As with all ODA products, the full source code is available to members, portable to any OS. The initial implementation will support both AWS and Azure.

The visualization portion of Open Cloud is production ready, Peterson says, with the other aspects to be released before the end of the year. “We have yet to meet someone happy to pay a fee every time they need to view a model on the cloud,” he says. “We see huge growth potential because of current dissatisfaction in the market.”