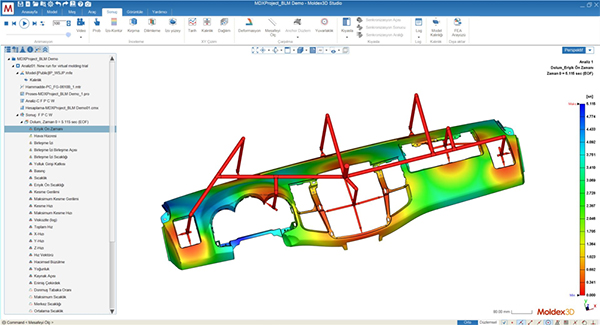 According to the Turkish Plastics Industrialists’ Association (PAGDER), Turkey ranks second in the European plastics market and seventh in the world in production capacity.

“Turkey is one of the world’s fastest-growing economies, and we’re seeing strong demand from the market for plastics molding simulation software to help maximize productivity and achieve faster time-to-market,” says Eyup Mahmut Horuz, regional sales manager, Moldex3D EMEA. To better adapt the software to the local needs, Moldex3D has spent time localizing the software into Turkish to remove language barriers and enhance the user experience, according to

“After months of hard work, we’re very excited to release the Turkish version of Moldex3D—currently the only plastics molding simulation software available in the market that supports the Turkish language,” says Horuz. “The release of the Turkish language pack has demonstrated our commitment to meet the needs of our growing worldwide customer base and brought Moldex3D one step closer to the Turkish plastics industry.”