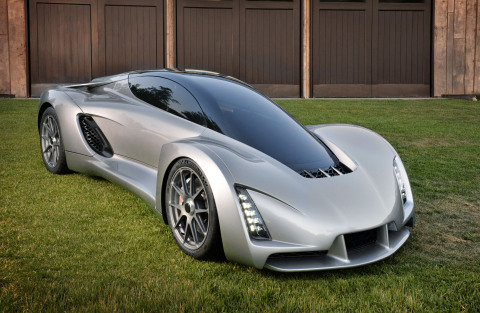 Auto manufacturers are big proponents of 3D printing, but so far they have mostly used the technology for prototyping or reducing costs in tool and dye making. That could be set to change if a new partnership between Divergent 3D and automaker PSA Group achieves its goals. 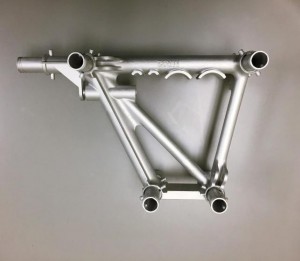 In September, PSA Group (which manufacturers the DS, Peugeot and Citroën brands) signed a strategic partnership letter of intent to work with Divergent 3D on metal printing projects. According to the company, PSA Group intends to improve manufacturing efficiency using 3D printing.

“We are very impressed by the promising new opportunities in Divergent 3D’s technology,” said Carlos Tavares, chairman of the managing board at PSA Group. “We’re convinced that these spectacular advances in 3D printing will help position PSA Group as a leader in automobile manufacturing. This has the potential to dramatically scale down the size and scope of our manufacturing footprint, reduce overall vehicle weight and build complexity, while also giving us almost limitless flexibility in design output. We are talking about a radical change for our industry.”

Divergent has also partnered with Altran, an engineering research and development firm, to accelerate implementation and licensing of its platform as part of Altran’s new vehicle architecture initiatives.

Using additive manufacturing to create metal parts could potentially reduce weight and part complexity (components made up of multiple pieces could be printed as a single part), but so far volume production has been difficult to achieve. Car manufacturers can easily product prototypes or custom pieces using 3D printing, but the technology has been considered too slow and expensive to use for mass production. 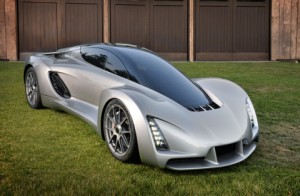 Still, the cost and complexity of stamping metal parts also has its drawbacks. The process is expensive and energy intensive, and making changes to a part can be nearly impossible given the cost of creating new tooling.

Divergent founder and CEO Kevin Czinger told Ars that the company’s goal is to reduce the number of parts per vehicle by three quarters and cut weight by half. The company estimates that a factory using 16 of its printers could produce 10,000 vehicles per year.

Divergent’s technology uses 3D-printed joints (called nodes) to connect readily available carbon fiber structural materials, resulting in a vehicle chassis that can be assembled in just a few minutes. Its Blade supercar (unveiled last year) is built on that chassis and produces 1/3 the emissions of an electric car, according to the company.

Below you’ll find a video on Divergent’s Blade.