Getting to Know You: What the 2017 DE Reader Survey Reveals 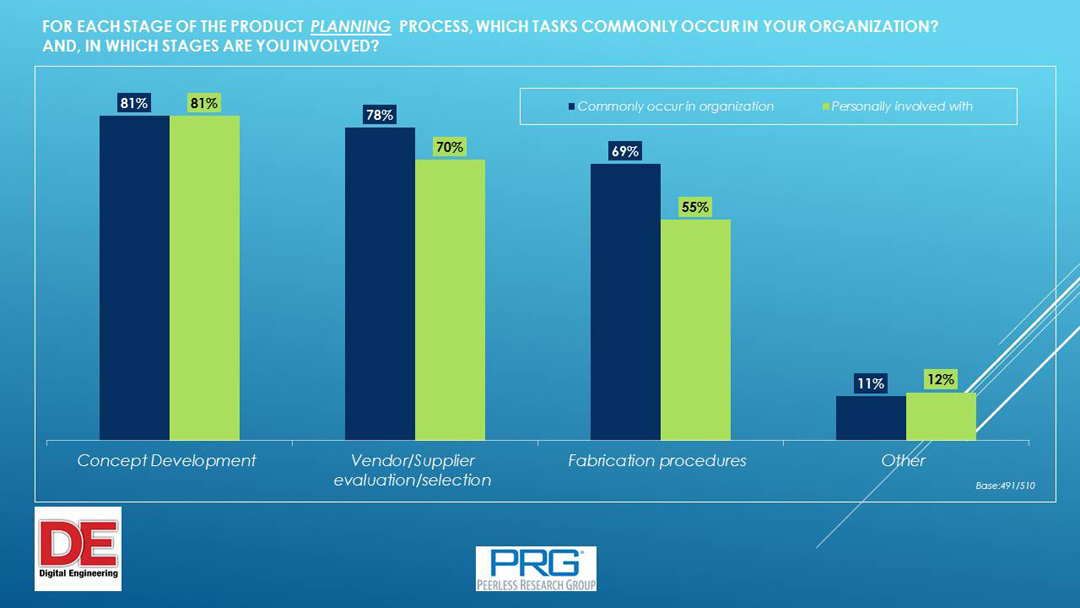 Recently, with the help of Peerless Research Group, a division of DE‘s parent company Peerless Media, we completed a reader survey. The results confirm some of our own suspicions, prove many of our editorial strategies to be on the right path, but also surprise us in some ways.

According to Deloitte, “Women constitute one of U.S. manufacturing’s largest pools of untapped talent. Women totaled about 47% of the U.S. labor force in 2016, but only 29% of the manufacturing workforce.”

The imbalance, as it turns out, is much more dramatic among DE readers—or in the survey respondent pool, at any rate: 98% of the respondents were men; only 2% were women. It’s something we hope to address by seeking out and highlighting the roll of women in the engineering and design fields.

The Society for Human Resource Management’s report titled “Preparing for an Aging Workforce: Manufacturing Industry Report” revealed 27% of the manufacturing firms’ workforce is 55 or older. 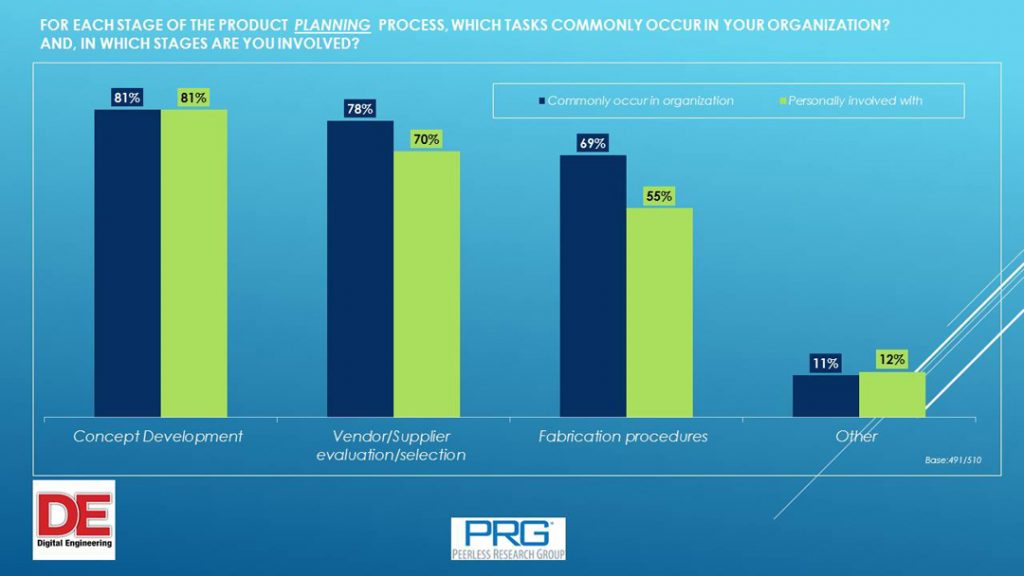 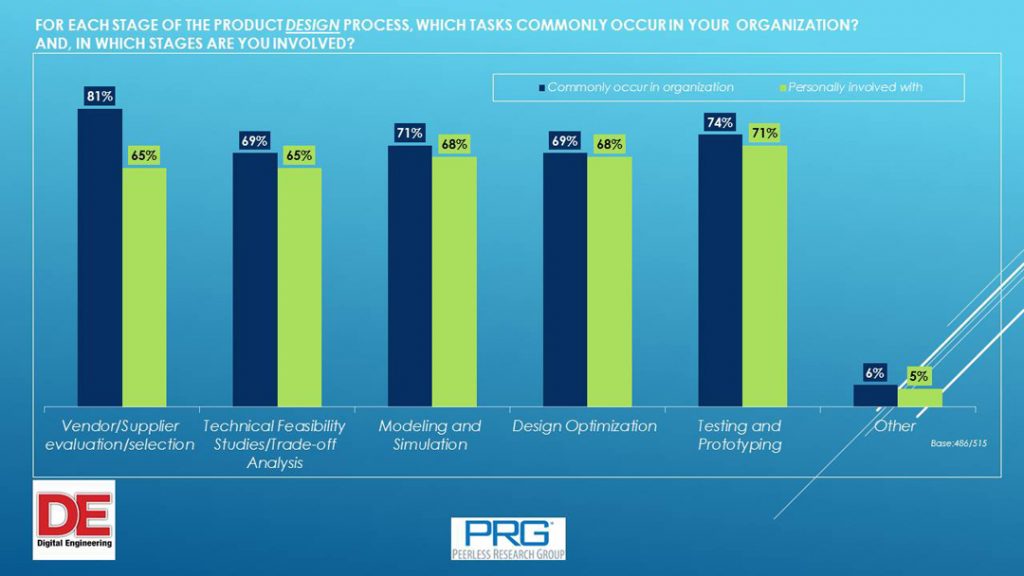 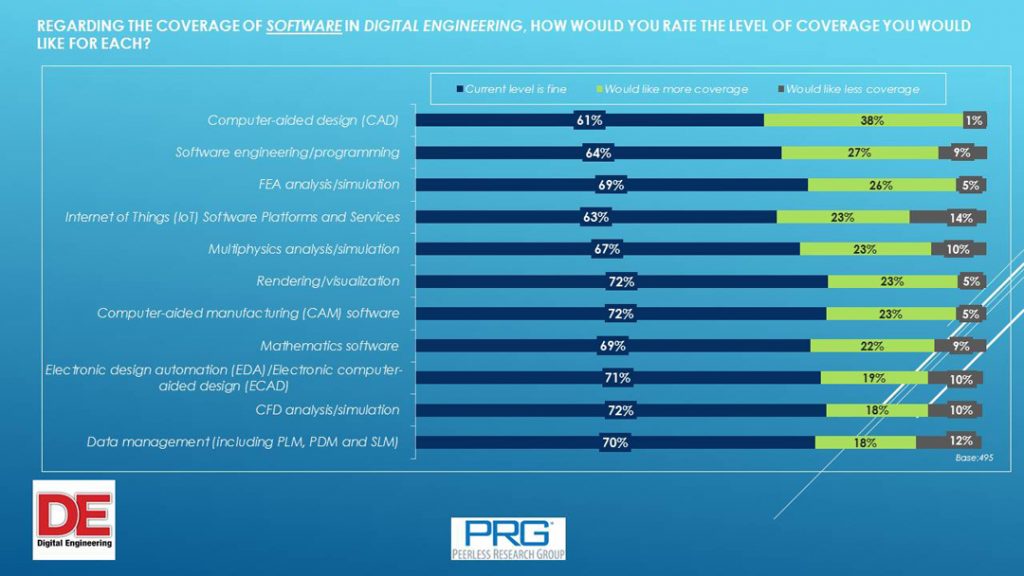 Describing their personal involvement in the product planning phases, 78% of DE readers reported they’re involved in concept development, 70% in the vendor/supplier evaluation, and 55% in fabrication. In the design process, 65% of the readers reported they’re personally involved in vendor/supplier evaluation, 65% in feasibility study and trade-off analysis, and 68% in modeling and simulation.

When asked to rate the level of coverage for different topics, 36% said they’d like to see more content on 3D printing, and 34% on 3D scanning. Additionally, 38% said they’d like to read more about CAD, 27% about software engineering and programming, 26% about FEA and simulation, and 23% about IoT.

When asked, what is not covered in DE that they’d like to see included, quite a few respondents wrote “machine learning” and “artificial intelligence.” Also on that list are “robotics,” “medical devices,” and “open source software.”

Asked to state “the thing I like most about DE,” some wrote “the articles,” “the information,” and “the big logo.”

Curiously, on “the thing I would like to change most about DE,” someone also wrote, “the logo.