UL 2904 GREENGUARD certification for both the RIZE 3D printer and Rizium One filament ensure safe use in non-industrial environments.

UL 2904 GREENGUARD certification for both the RIZE 3D printer and Rizium One filament ensure safe use in non-industrial environments. 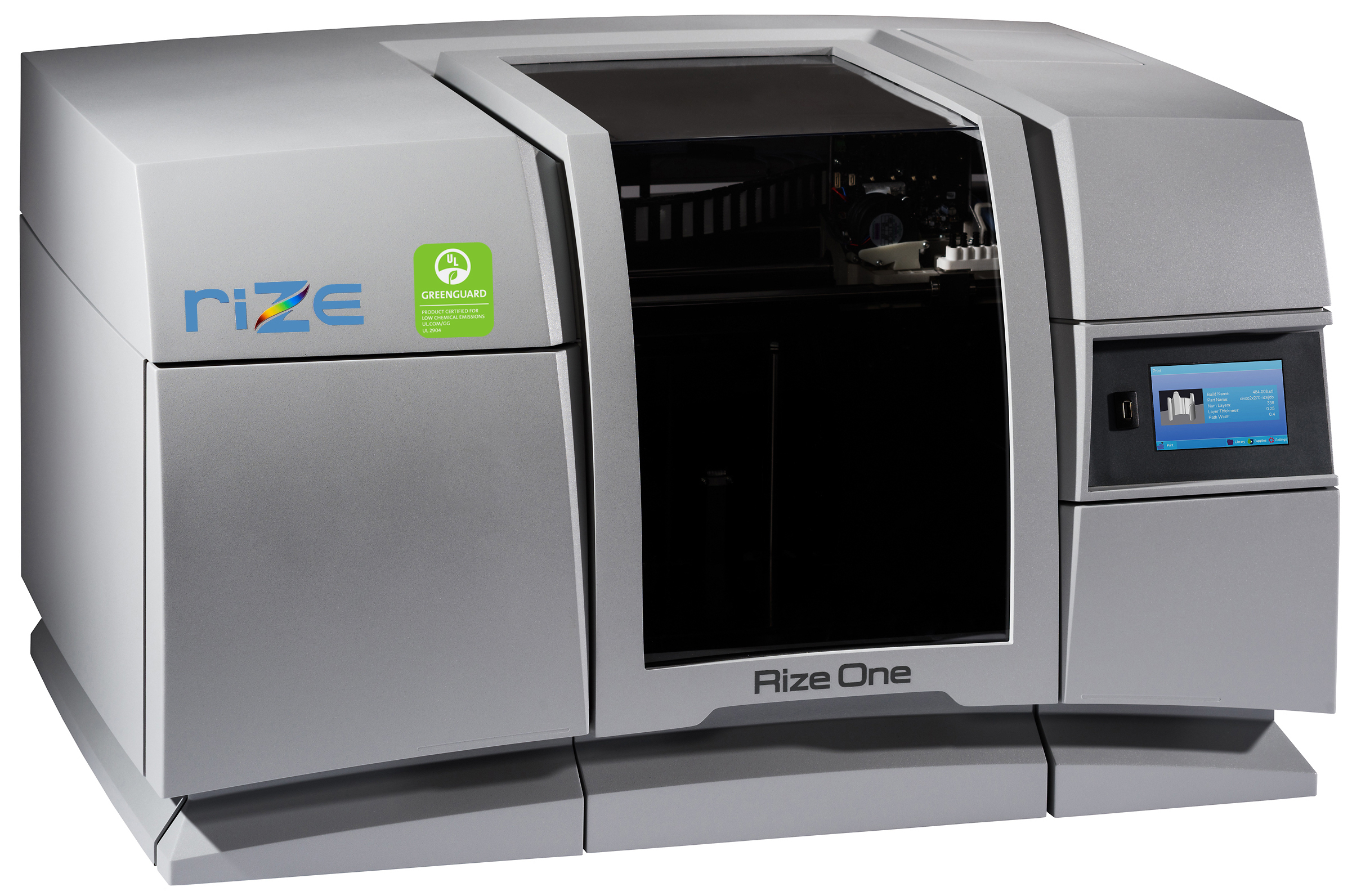 Desktop 3D printers may look like any professional and packaged office unit, but most of the technologies require messy post-processing chemicals and many are associated with particle emissions, all of which present safety risks to operators.

In recognition of the problem, UL, a leading safety science company, published a set of emission standards for the 3D printing industry in the hopes of managing the problem and creating a safer environment for usage, particularly in non-industrial environments. The published emissions standard, UL 2904 GREENGUARD, aims to set emissions limits so that 3D printers can be used in office environments, hospitals, and schools without any kind of negative impact on in-door air quality that could be harmful to users.

The RIZE One industrial 3D printer and Rizium One filament are among the first to be awarded the UL 2904 GREENGUARD certification after adhering to the UL 2904 Method for Testing and Assessing Particle and Chemical Emissions and meeting all the benchmarks. Andy Kalambi, president and CEO of RIZE, says the certification will help drive adoption of 3D printing in indoor, non-industrial environments.

“As 3D printing becomes more pervasive and you get to the point where you are 3D printing at the point of consumption, you need to pay a lot more attention to the safety aspect,” he says.

The UL 2904 GREENGUARD standards were created after a two-year study by UL and the Georgia Institute of Technology that determined that many desktop 3D printers release volatile organic compounds (VOCs) and ultrafine particles into the air that are known health hazards. Ninety percent of these particles are considered to be in the nanoparticle range so when inhaled, can create cardiovascular and pulmonary issues for people in the vicinity of the printers.

Kalambi says RIZE was able to meet the rigorous standards for UL 2904 GREENGUARD certification because its printer was purpose-built for safety. Specifically, Kalambi pointed to the company’s investment in materials science to come up with the non-standard Rizium One filament and ink materials that he says “are safe and clean in terms of material properties and emissions.”

“We chose to make biocompatible materials our default standard so it’s absolutely safe using parts in an office environment,” he says.

The RIZE One’s UL 2904 certification is important to the National Institute for Aviation Research at Wichita State University, which is using the printer to output some fixtures and tooling checks. As the group advances use of 3D printing, they expect to put the machine in the same room as the engineering teams so they can take advantage of 3D printing in their area. As of now, the company hasn’t done that, instead maintaining special areas or labs for its 3D printers along with ventilation equipment to mitigate any health risks for employees.

“There’s been limited use of the technology in the sense that engineering groups have to send the files up to our AM lab to get them printed and they have to arrange to pick them up,” says Shawn Ehrstein, director, emerging technologies and CAD/CAM. Now that the printer meets the UL 2904 certification, the group can move forward with that transition, he says.

Watch this video to learn more about the RIZE 3D printing process.