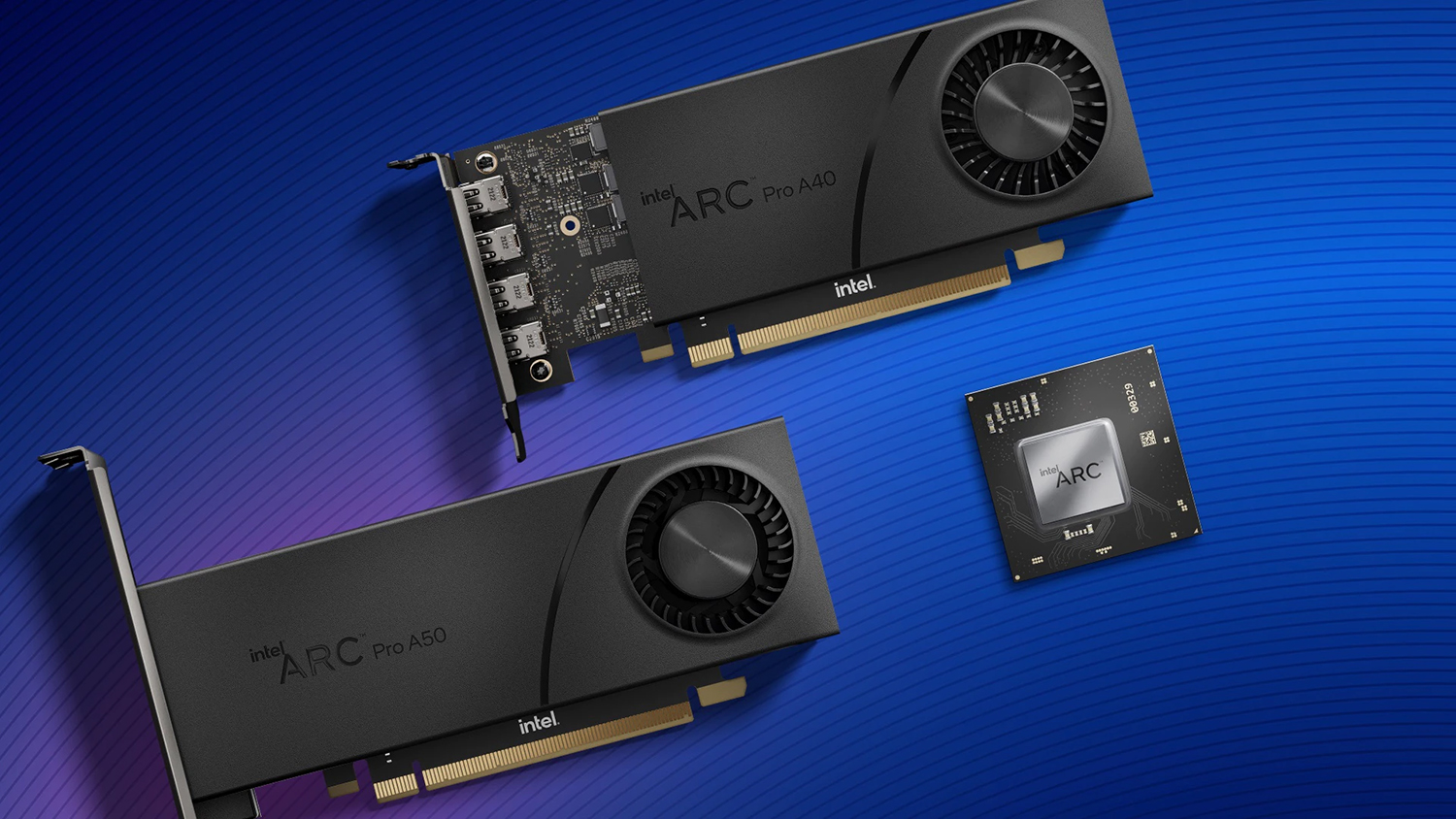 This is Intel's latest attempt to penetrate the GPU market, dominated by NVIDIA and AMD. The CPU maker's previous attempt, dubbed the Larrabee Project, fizzled out during the prototyping phase. So the launch of three market-ready GPUs from Intel should justifiably stir up some excitement.

The new Intel GPUs are expected to compete with the entry-level models from the NVIDIA Quadro and AMD Radeon Pro series, both targeting the professional workstation segment. “When paired with compatible Intel processors, Intel Arc Pro GPUs will benefit from Deep Link technology to accelerate AI and media workloads with enabled apps such as HandBrake, DaVinci Resolve, XSplit, and Topaz Video Enhance AI, with more to come,” according to Intel PR.

For Now, Strictly for Workstations

Workstation GPUs are usually certified for specific CAD and simulation applications, such as SOLIDWORKS, Autodesk Fusion 360, and Ansys. Intel PR said, “We are targeting certifications with leading professional software applications within the architecture, engineering, and construction, and design and manufacturing industries. We'll have more to share at a later date.”

Many NVIDIA and AMD GPUs can be used in workstations or in high-performance computing (HPC) setups for large-scale computing jobs. The new Intel Arc Pro GPUs “have only been validated in consumer and Xeon-based workstation platforms. They may work in a pure server system as long as there’s a proper cooling solution. We didn’t design them for passively cooled environments,” Intel PR clarified.

Operating Outside the NVIDIA CUDA Sphere

The “walled garden” is a most likely a reference to the CUDA programming environment, developed by GPU maker NVIDIA. As NVIDIA's efforts to promote GPU-accelerated computing gains momentum, the number of applications written in CUDA also grows. Intel's countermeasure is the oneAPI Rendering Toolkit, described by Intel as “an open, cross-industry, standards-based, unified, multiarchitecture, multi-vendor programming model.”

Jeffer said, “Developers and content creators want freedom and choice when running their solutions on the best hardware available without managing multiple codebases, which is what oneAPI delivers.” (For more, read “Intel Sets Its Sights on Graphics with Open Image Denoise.”)