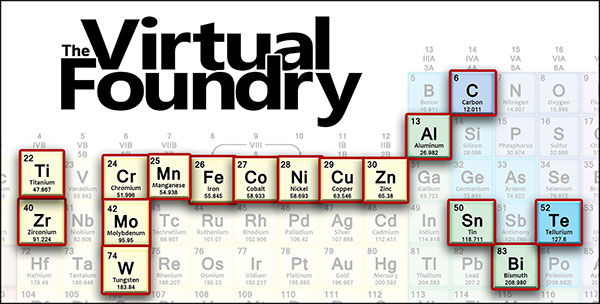 The material is the densest FFF filament the firm has manufactured to date, and is capable of providing radiation shielding benefits without the need for debinding or sintering.

The company reportedly has seen increased demand for its materials and technology within automotive, aerospace, military, and education settings in recent years, having worked with the likes of NASA, Mitsubishi and the US Department of Energy (DoE).

Rapid 3DShield was set up in 2019 as a joint venture between The Virtual Foundry and Vulcan Global Manufacturing Solutions to develop dense, nontoxic 3D printable materials with radiation shielding capabilities.

After several years of research, the venture has now led to the creation of the firm’s Rapid 3DShield Tungsten filament. The filament does not require debinding or sintering to realize its radiation shielding properties, and can be printed much the same as the firm’s other Filamet materials.

The filament contains around 92% tungsten and is the most dense filament manufactured by The Virtual Foundry.

In addition to its suitability within the medical, security, non-destructive testing, and x-ray fluorescence fields, Rapid 3DShield Tungsten can also be deployed for other high-density technical applications, such as counter weight and anti-vibration.

Available in 1.75 mm or 2.85 mm diameters, the filament can be 3D printed on a traditional FDM 3D printers using a hardened steel nozzle. Due to its high density, the only color available is dark gray.