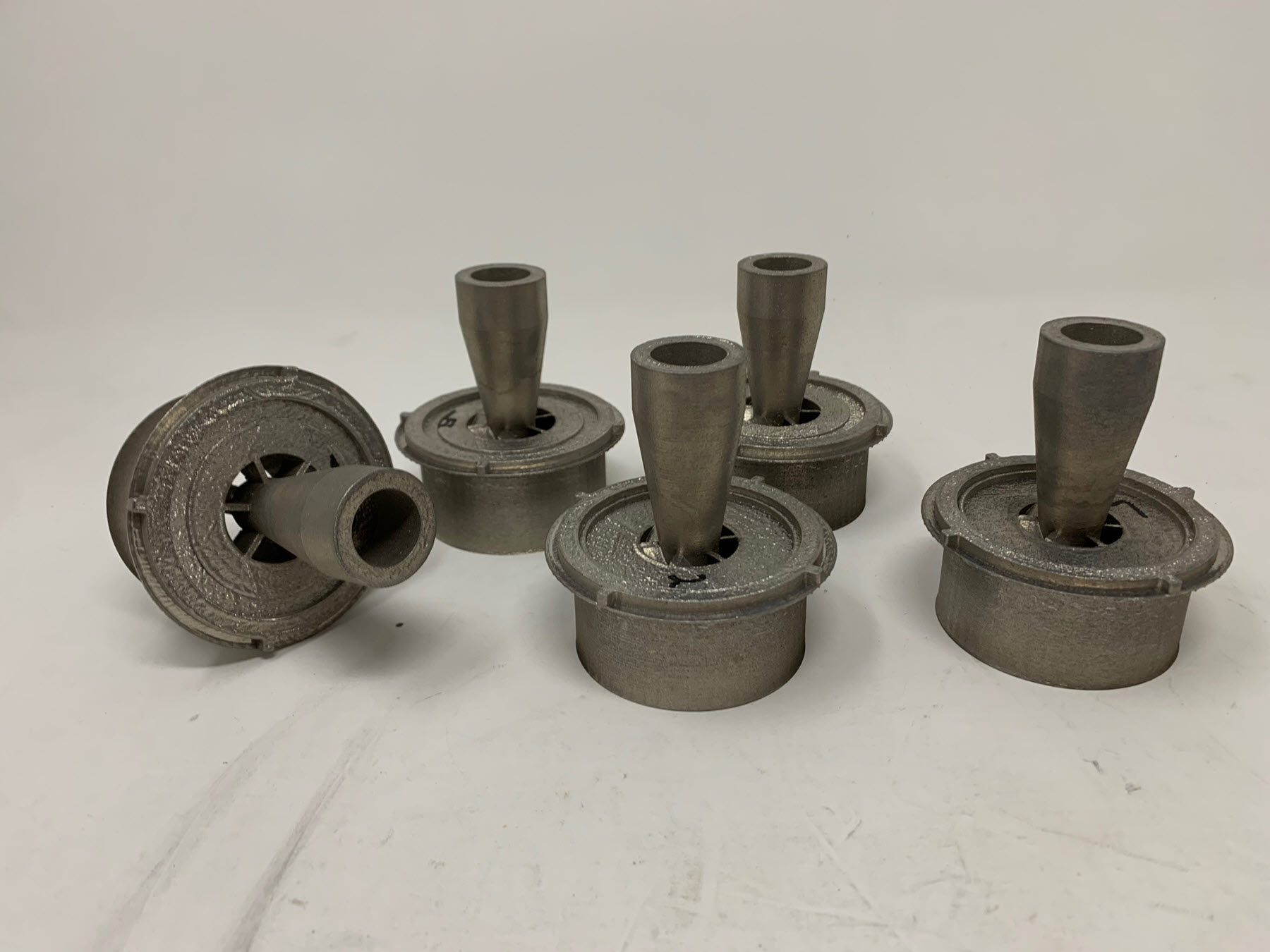 Metal 3D printing is getting the “hypersonic” treatment as efforts at Purdue University demonstrate that advanced AM is capable of producing injector parts used to create hypersonic conditions while living to tell the tale.

The now retired Concord aircraft and the up-and-coming Boom Supersonic operate at speeds that break the sound barrier at Mach 1, extending all the way up to Mach 5, which is five times the speed of sound and more than 3,500 mph at sea level. To create vehicles that  cross over the Mach 5 line is a radically different and difficult challenge given there’s a nearly six-fold increase in temperature and a pressure increase of a few hundred times. The combination of thermal and mechanical loading at those speeds changes the intersection of aerodynamics, thermodynamics, and structural mechanics, especially when compared to lower-speed systems.

Purdue Associate Professor Carson Slabaugh and his 20-person team at Zucrow Laboratories has been studying the effects surrounding hypersonic speeds on high-speed combustion systems for some time. The team is now propelling its research above Mach 5 levels, looking to evaluate how a controllable aircraft, unmanned vehicle, or missile equipped with an onboard engine could survive the fireball heat generated during hypersonic flight. Specifically, the team is focused on exploring the critical turbulent (reacting) flow physics that must be accounted for when an engine reaches hypersonic speeds.

To set the stage, anything faster than Mach 5 establishes an environment with extreme flow conditions that pose a challenge to any vehicle-propulsion systems that utilize burning fuel. Atmospheric air rises to temperatures in the thousands of degrees while the pressure is several hundred psi.  “If the incoming air is too hot, you really can’t add more useful energy to the flow by burning fuel,” explains Professor Slabaugh. “Dissociation effects become very strong. and the reactions cannot proceed to completion. Cooling also becomes exceedingly difficult at these flight speeds.”

In partnership with VELO3D, a metal 3D printer manufacturer, Slabaugh and his crew began creating fuel injectors with complex geometries capable of achieving very high fuel-air mixing performance so they could explore the environmental effects of hypersonic travel. Metal 3D printing fit the bill because such parts couldn’t be made with conventional fabrication methods given the need for high-temperature, high-strength metal superalloys that could survive extreme testing conditions. VELO3D and Purdue teams created rapid prototypes and worked together to scale designs into a full-scale system, which VELO3D manufactured.

Given the complexity and expense of exploring hypersonic designs, engineers typically rely on earthbound solutions and advanced computer simulations. While simulation has been a valuable tool for engineers exploring the relationship between complex physics and physical structures, it hasn’t held up well in the world of hypersonics. The problem, according to Slabaugh, is the inability to reliably predict the flow and flame conditions within the engine at hypersonic conditions. Moreover, the computational power required to analyze even the smallest part of an engine is hugely expensive, creating additional barriers.

Metal 3D printing resolves some of these issues. The Purdue and VELO3D team is creating a large 3D printed burner, which will be used to mimic the hypersonic flow environment on the ground in a test cell. The VELO3D metal AM printers were used to print a variety of injector geometries for the test combustor, helping the team zero in on an optimal design. The choice of metal AM also significantly shortened manufacturing lead times when compared to the drawn-out cycles of tooling and mold making with traditional subtractive production methods.

“If you want to test a hypersonic vehicle on the ground, you build a rocket engine with a big converging-diverging nozzle and a supersonic plume of extremely hot gas,” Slabaugh says, explaining the role of the 3D printed burner. “You then stick whatever component you’re designing inside that plume and watch what happens.”

Listen to this session to learn more about the effort.