The Advanced Manufacturing Center includes 23 3D printers and is working with 10 different 3D manufacturing companies on a variety of projects using different types of materials. 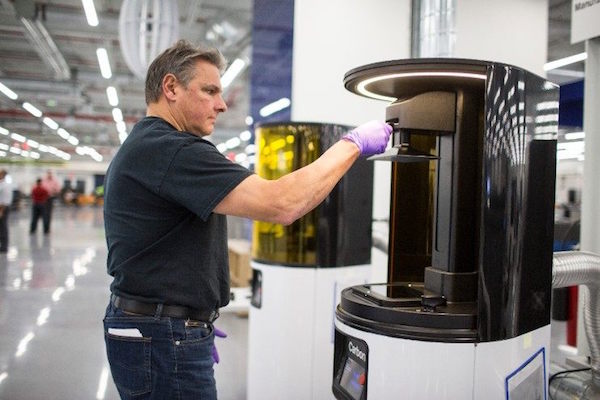 Earlier this month, Ford Motor Co. gave the media a peak inside its new Advanced Manufacturing Center, a $45 million facility in Redford that will use 3D printing, virtual reality, simulation and collaborative robots to create new innovations in vehicle production.

“More than 100 years ago, Ford created the moving assembly line, forever changing how vehicles would be mass-produced,” said Joe Hinrichs, Ford’s president of Global Operations. “Today, we are reinventing tomorrow’s assembly line — tapping technologies once only dreamed of on the big screen — to increase our manufacturing efficiency and quality.”

The 3D printing in the facility includes the additive manufacturing of brake parts for the company’s new Shelby Mustang GT500. The Advanced Manufacturing Center includes 23 3D printers and is working with 10 different 3D manufacturing companies on a variety of projects using different types of materials. The company says that one 3D printing application will potentially save Ford more than $2 million. 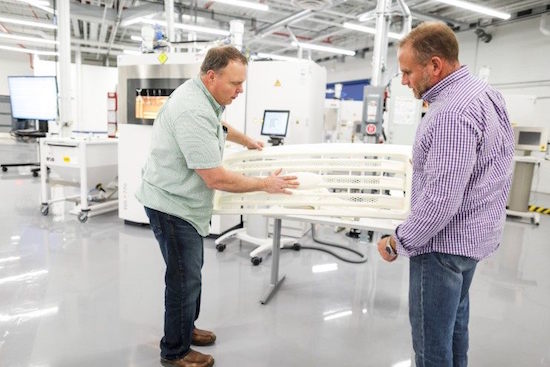 Ford has been using 3D printing for several years now, and currently has 90 3D printers producing parts and tools around the world. Last year, the company deployed the Stratasys Infinite Build printer at its Research and Innovation Center in Detroit.

The Shelby Mustang GT500, which will be unveiled at the North American International Auto Show in January, will include two 3D-printed brake line brackets, and the Chinese F-150 Raptor will include a 3D-printed interior component.

Ford is also using augmented and virtual reality to simulate assembly lines so that it can optimize production while ensuring production line workers are safe and can avoid injury on the job. AR and VR tools can also be used so that Ford manufacturing teams can collaborate remotely. 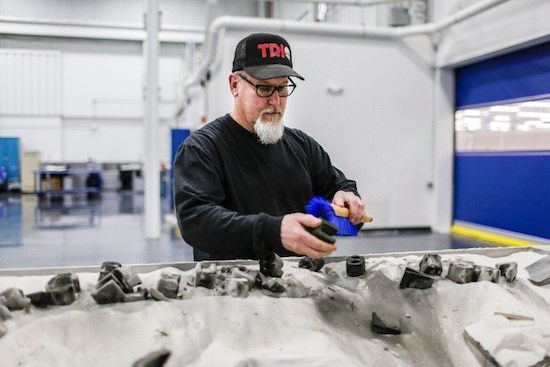 The company is also testing collaborative robots (cobots), which it already uses at 24 different Ford plants. These smaller robots can work near people without protective cages (typical assembly line robots are kept behind barriers to help avoid causing injuries).

At Ford’s Livonia Transmission Plant, a cobot performs a job that was so ergonomically difficult for employees that they could only do it for one hour at a time. Cobots also eliminate the need for expensive safety cages that larger robots require for safety reasons.

“While we are increasing our use of collaborative robots, we strongly believe there is a need for both people and robots,” said Hinrichs. “People are better at doing certain jobs, while robots are able to perform certain tasks, including those that are ergonomically taxing for people.”