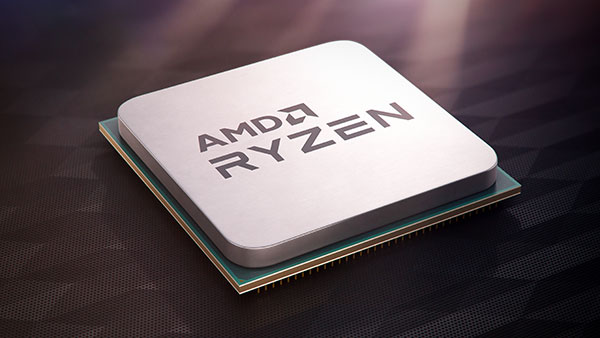 “AMD is consistently pushing the envelope on innovation in the PC industry, bringing unmatched performance and efficiency to PC desktop and laptops users,” says Saeid Moshkelani, senior vice president and general manager, Client, AMD. “This year, we are offering more options than ever before across desktop and mobile to create the perfect experience for each user. With the new Ryzen AI technology built into our Ryzen 7040 Series Mobile processors, we will bring not only leadership performance and power efficiency but also the power of artificial intelligence to laptop devices, ushering in a future with powerful new capabilities that only true AI hardware can provide and opening the door to a new world of experiences.”

These new Ryzen 7000X3D have up to 14% faster performance than the previous generation, according to AMD. The AMD Ryzen 7000 Series processors with 3D V-Cache technology will be available for Socket AM5 starting February 2023.

Continuing to build on the existing Ryzen 7000 Series Desktop processor lineup, AMD introduced the new Ryzen 9 7900, Ryzen 7 7700 and Ryzen 5 7600 Series processors. Built on the “Zen 4” architecture and featuring a 65W TDP, the new Ryzen processors are optimized for efficiency and performance, and come with an included AMD Wraith cooler. With one-click overclocking with Precision Boost Overdrive, you can get an instant performance boost with a water-cooled Ryzen 9 7900 processor, the company notes. The processors announced are expected to be available starting January 10.

AMD introduced the new AMD Ryzen 7045HX Series Mobile processors, powered by up to 16 “Zen 4” cores and 32 threads. Built on 5nm process technology and featuring the combination of a notable number of processing threads currently found on a mobile processor and advanced DDR5 memory support, these mobile processors allow users to experience advanced levels of mobile computing, according to AMD.

Systems featuring the Ryzen 7040HS Series processors will be available from OEM partners beginning in March 2023.

Built on the 6nm process technology and featuring up to eight cores, AMD Ryzen 7035 Series processors are designed to deliver fast performance and long battery life. The capabilities of the “Zen 3+” architecture found inside the new processors allow users to experience single-thread and multi-thread performance with optimal energy efficiency, the company reports.

Systems featuring the Ryzen 7035 Series processors will be available from Acer, Asus, HP and Lenovo beginning in January 2023.

Featuring up to eight cores, the “Zen 3”-based AMD Ryzen 7030 Series processors deliver a balance of power, proven performance, and efficiency, allowing users to get the most out of their system. The processors also have built-in Radeon™ graphics, allowing for smooth video playback and esports gaming.

Systems featuring the Ryzen 7030 Series processors will be available from HP, Acer, Lenovo, and Asus beginning in January 2023.