Automating AM for Industrial Adoption

Adopting AM for industry requires the technology to compete against incumbent manufacturing processes.

Adopting AM for industry requires the technology to compete against incumbent manufacturing processes. 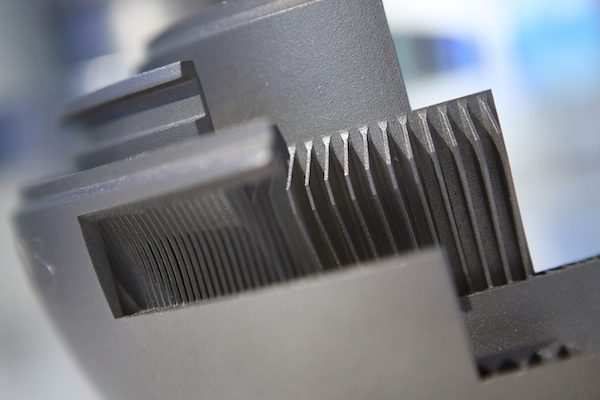 Realizing the potential of additive manufacturing (AM) or 3D printing is often a daunting process for multiple reasons.  Optimizing design performance regularly involves complex simulation-based tools unfamiliar to even the most experienced designer and optimizing the print process involves a multitude of variables that all affect part quality and efficiency.  However, with the right toolset, you can automate portions of the design, planning, and production stages of additive manufacturing.  This allows companies to extract more value from the additive process while also improving quality and production efficiency.

Underpinning this entire transformation are powerful simulation tools and a CAD/CAM environment that understands the complex, often organic, geometries that develop in the additive manufacturing (AM) development process. Let’s walk through the major phases of the AM process from concept to delivery, with a greater emphasis on planning and manufacturing, to illustrate the importance of using the right toolset for the job. Adopting AM for industry requires the technology to compete against incumbent manufacturing processes, but the unique use cases additive manufacturing enables paired with the efficiencies brought about by automation can bridge the gap.

Topology optimization is often thought of in concert with 3D printing. Though it was developed before AM reached the mainstream, 3D printing was the technology that made manufacturing optimized parts a viable solution. Over time, topology optimization has evolved and taken on many forms, many of which involve multi-requirement balancing to design the perfect part.  With topology optimization, a system is given a set of inputs such as the available design envelope, load conditions, and constraints.  The system then uses those inputs in tandem with analysis techniques to automatically create an optimal geometry that meets the input requirements.  Not only does this create a part that is near perfect for the application, but it can be much faster than designing by hand.  Therefore, the result is not only an optimized part, but an optimized and efficient design process.

Another way to automate design is through Design Space Optimization.  This is a process where physical parts are designed by an automated system that changes multiple variables in parallel to find the optimal settings for those variables to meet design requirements.  The results of this process can be organic shapes if used alongside Topology Optimization but could also be parametric models where design variables like lengths, angles, etc. are optimized according to a specific set of goals.  The system uses parallel processing, often in the cloud, to change each variable within a specific range to find the optimal settings for all the variables combined.  Again, this is much faster than a designer manipulating those variables manually, and the final design is much nearer to the optimal design.

Automation of a design for additive manufacturing is only one part of an efficient additive manufacturing process.   Automation of the print planning stage is also critical to efficient and effective production. Before a design ever hits the printer, it is important to validate that the design is in fact printable and will deliver the component at the required quality. This can be done in a variety of ways depending on the components being produced, but the most common methods for automating production planning are automated orientation optimization, automated build tray population, and automated support generation.

Before a part is added to the build tray there are steps that should be taken to ensure a quality result. This is where automation can again have a large impact on the additive process. Studies have shown that the orientation of a component during printing can have more impact on the quality of the delivered part than any other variable in the print process.

Optimally placing dozens, if not hundreds, of components into a build tray with nearly infinite orientation possibilities is a daunting puzzle for even the most experienced operator. Here, simulation-based software tools can also be used to find the optimal print orientation for a part before it is introduced into the build tray.  A group of completed designs could be run through the system to be optimally oriented according to goals like minimum print time or minimum distortion.  From that point on, those parts can be automatically added to the build tray over and over at the correct orientation for improved quality printing.

Many print jobs also include multiple copies of the same part.  This is a situation where automation is a perfect way to increase the efficiency of the build preparation process.  Tools like automatic nesting or scripting can enhance the efficiency of this process immensely.  With automatic nesting the system is given a large group of random parts and a computed orientation and position is given for each part in the build tray.  This is especially effective in polymer printers where parts can be nested in 3D, a problem that is less likely to be performed optimally by a human, and more easily optimized by software.

Finally, once the parts are in the build tray in their final orientation and position, they will often require support structures.  This is yet another place where automation can be used, to generate an initial set of support geometries.  The system can take the printer type, printer settings, and material as inputs and create an appropriate set of support structures for the parts in the build tray.  Even if these support structures require modifications from a human operator, the automated generation of the initial support geometry can save a large amount of time, adding efficiency to the print preparation process.

With a perfectly designed component and production plan it is time to make the part. Through integration between the development software and the machines printing the components more points of possible error are removed – translation errors are mitigated, CAD geometries are consumed directly and converted into CAM paths, and any changes to the machine can be validated in the software to ensure the perfect print.  The integration between pre-print software steps and physical printing operations is becoming much more automated as both hardware and software additive manufacturing technologies evolve.

On the physical side of the process, one possible area for production automation is pre- and post-processing. Depending on the final part requirements and the technology being used for printing, multiple steps of the physical print process can now be automated.  This physical automation can include material delivery to the printer, part removal and de-powdering, material mixing and recycling, and post-process finishing steps like painting, blasting, tumbling, or machining.

Each of these steps in the physical print process has the potential to be automated, and many companies are utilizing their knowledge of scale production to adapt automation technologies already used with traditional manufacturing for use with additive manufacturing.  Existing technologies like robots, assembly lines, and other standard factory automation techniques are now being used to automate the physical 3D print process and minimize employee exposure to fumes and airborne powders. 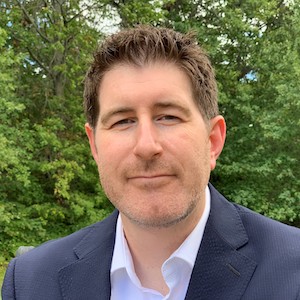 Ashley Eckhoff has a background in engineering and has been with Siemens for over 20 years in various capacities. He has spent the past few years deep-diving into additive manufacturing in both product design and marketing roles.