Developers hope to use graphene technology to deliver a new class of electronic components that promote further miniaturization and pave the way for promising sensing, optoelectronic and flexible-device applications.

Developers hope to use graphene technology to deliver a new class of electronic components that promote further miniaturization and pave the way for promising sensing, optoelectronic and flexible-device applications.

Renishaw Introduces New Software to Improve Additive Manufacturing (AM) Quality
InfiniAM Sonic enables engineers to detect acoustic events within the AM build chamber and turn...
Graphene-Based Innovations for Smart Homes
With all of the smart home technologies already on the market, the implementation of graphene...
CVD MesoScribe Receives ARPA-E Grant in Collaboration with Penn State University
This award will be used to develop and demonstrate the integration of printed sensors into...
ANSYS 2019 R3 Expands Autonomous Vehicles Solution
Latest release delivers innovations in sensors, virtual environments and AI simulation.
More Sensors 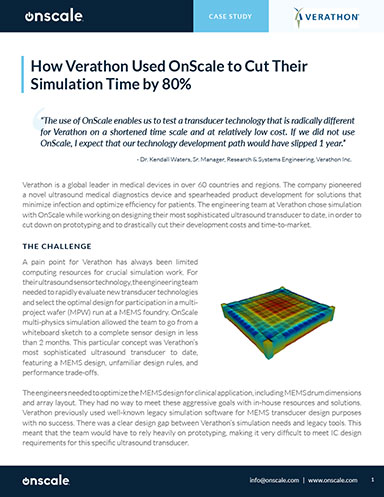 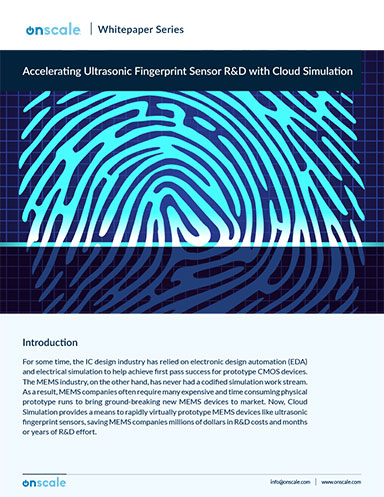 Accelerating Ultrasonic Fingerprint Sensor R&D with Cloud Simulation
In this paper we describe the virtual prototyping and beamforming optimization of a 110 x 56 PMUT...

Scientists from Graphene Flagship, a European research initiative, have extended the limits of nanotechnology by combining graphene’s properties with precision molecular chemistry to develop a way to create and validate molecular switches. 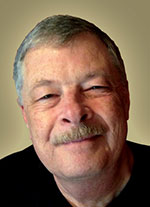 These light-responsive, graphene-based mechanisms promise to help the fabrication of multifunction devices whose electrical output can be manipulated through use of external stimuli. Developers hope to use this technology to deliver a new class of electronic components that promote further miniaturization and pave the way for promising sensing, optoelectronic and flexible-device applications.

Until recently, a significant shortcoming of nanotechnology has been the inability to precisely manipulate the electrical output in solid-state devices through the control of molecular events. To address this issue, developers sought to fabricate multifunctional devices whose electrical conductance could be adjusted by exploiting unique functions encoded in specific molecular groups.

Researchers have conducted studies using photochromic molecules, which can switch between two stable states when exposed to light in specific wavelengths. The results showed that these molecules allow the use of light to modulate the electrical characteristics of solid-state devices. Of particular interest, some exercises indicated the possibility of exploiting photochromic molecules to modulate the conductance of semiconductive materials, which could eventually lead to light-switchable macroscopic devices.

Unfortunately, in these cases, the switching process was inferred, based on electrical characterization, without real-space visualization of the supramolecular structural changes. As a result, scientists have found it difficult to validate the working mechanism of these switches, meaning the electrical effects measured at the device level could not be rationalized.

The Graphene Flagship research team has addressed these shortcomings by designing a molecule that undergoes chemical transformations when illuminated by ultraviolet and visible light. The researchers found that by anchoring the molecule to the surface of 2D materials, such as graphene or molybdenum disulfide, they generated an atomically precise macroscopic superlattice—in this case, a structure of layers made up of two materials. The superlattice undergoes structural rearrangement when illuminated.

This switching event can be observed with a sub-nanometer resolution using a scanning tunneling microscope. This way, the technology provides visual verification of the transformation, taking validation beyond electrical characterization.

This technique promises to allow scientists to exploit the collective switching events occurring in the hybrid superlattices to trigger large-scale, reversible modulation of the electrical properties of opto-electronic devices.

To understand how this will impact electronics in general, and devices like sensors specifically, review the two main components.

Regarding nanosensor development, all attributes are greatly beneficial for sensing functions. For example, graphene’s large surface area enhances surface loading of molecules, and its excellent conductivity and small band gap can facilitate conducting electrons between molecules and the electrode surface. These characteristics promise to make graphene-based devices more sensitive, enable them to detect smaller changes in relevant physical properties and work quicker than traditional sensors.

As for the molecular photoswitch, the ability to tailor molecular superlattices promises to open the door for the development of various new materials that sport tunable and responsive properties.