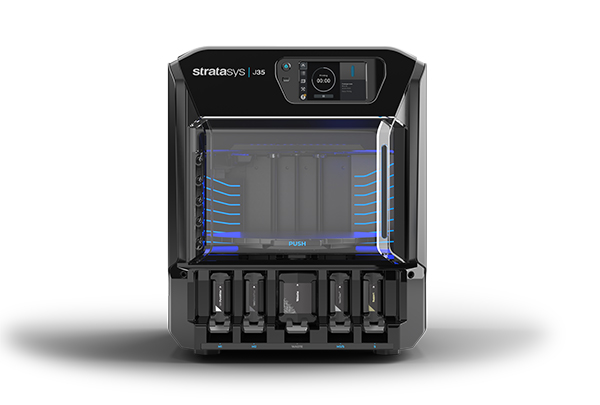 Stratasys announces two new multi-material PolyJet printers. The J35 Pro is the first Stratasys multi-material printer designed for desktop use. The J55 Prime extends the capabilities of the company’s 2020 Stratasys J55 with the ability to use new materials that extend the value of prototyping.

The company is also announcing two software utilities that work with multiple Stratasys printers. One assists in making high-fidelity packaging prototypes, the other ”unlocks” the capabilities of the printer to allow for advanced printing abilities.

“Through the versatility of multi-material PolyJet 3D printing, our customers can create models and packaging prototypes not only quickly and efficiently, but with remarkable realism that stands out against other 3D printing technologies,” says Samir Shoham, vice president of design at Stratasys.

The company says the J35 Pro can incorporate up to three materials to be printed as either single-material parts or combined on the same model part on the same tray. Applications for such versatility include over-molding and filling simulation. The company says designers and engineers can now incorporate various grayscale colors and materials into a single print capable of complex shapes, details and delicate features.

The  J55 Prime goes beyond the full-color capabilities of its predecessor with the availability of new materials, which the company says enable tactile, textual and sensory capabilities. Realistic visual models can be created for design, functional prototyping and biocompatible prototyping. Examples include: 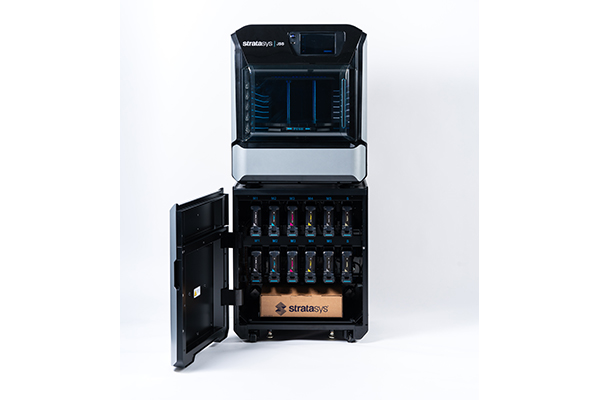 VIew of the J55 Prime. Image courtesy of Stratasys.

A new research software package is available to Stratasys users, allowing them to explore and experiment with additive manufacturing innovations. Examples include printing with air voids and liquid or embedding an object into a print. Stratasys says researchers also can use the software to explore 4D printing, defined as the process by which a 3D printed object undergoes transformation due to the influence of another material or an outside force.