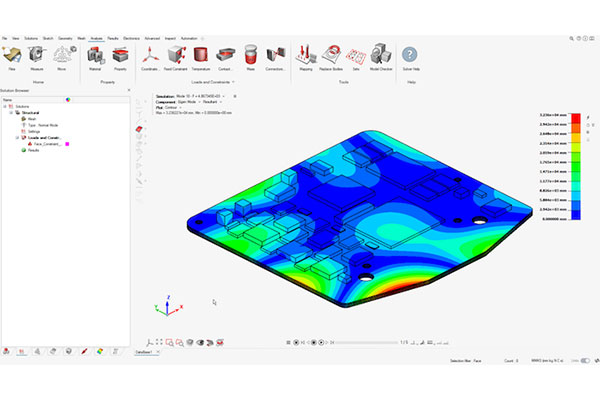 The 2022 update to Altair Simulation features new support for autonomous connectivity, construction and a variety of other simulation challenges. Image courtesy of Altair.

Altair has released Simulation 2022, its broad platform of simulation tools for products, connectivity technology, and architecture, engineering and construction (AEC). The company says this release extends the use of computational science and artificial intelligence for simulation.

Leading the update are new features to simulate antennas, for a wide variety of applications including autonomous deployments such as advanced driver-assistance systems (ADAS). Altair says relevant features include the automation of realistic 5G envelope beam patterns, and new hybrid ray-tracing patterns and rotating doppler effects for ray-based solvers.

Other ADAS features include tools for simulating sensor types including ultrasound, and the ability to simulate multiple sensors at one time. There are also application-specific tools for frequency-modulated continuous wave (FM-CW) radar simulations for ADAS.

Altair SimLab has new features, including updates to drop test and multiphysics analysis for PCBs. There is new support for thermal management simulation to cover entire systems.