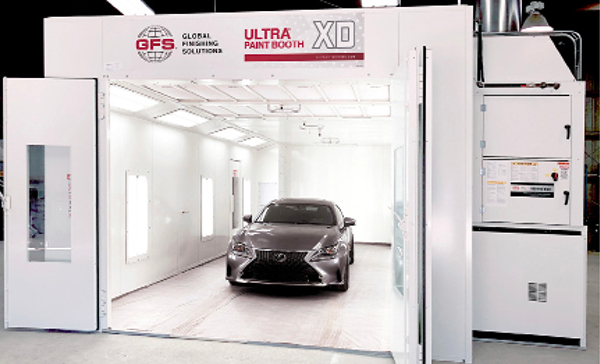 Although this automotive paint booth from GFS is impressive in size, some of the company’s systems are large enough for commercial aircraft. Image courtesy of GFS.

Remote work as an option for employees was already on the table just prior to COVID-19 entering the picture, as Scott Funk, IT manager at Global Finishing Solutions (GFS), recalls. One of his colleagues had approached him in late 2019 about the possibility of allowing some of the design engineers to “work from home occasionally,” and as the IT manager, it was Funk’s responsibility to find a cost-effective yet powerful remote computing solution. Fortunately for everyone involved, he was well committed to the testing path for such a setup when the COVID shutdowns began. Which means they didn’t miss a beat.

GFS—originally JBI—started operations in 1975. Founder Jerry Bowe’s vision was to become a leading manufacturer of spray booths and other finishing products for the aerospace, industrial and automotive markets. He was hugely successful. JBI moved to its current location in Osseo, WI, in 1990, continued to prosper and eventually gained the attention of the Curran Group, which purchased the company in 1998.

Since then, GFS has continued to expand and today boasts more than 200,000 square feet of manufacturing and office space, including a state-of-the-art Center for Excellence training, demonstration and research facility.

GFS has met and exceeded Bowe’s original goal of being a premier manufacturer of high-quality paint booths. The company has expanded into powder coating, surface preparation, dust collection, clean rooms, ovens, washers and curing systems. An ISO 9001:2015 manufacturer, GFS is also vertically integrated, as it is able to address practically any finishing needs for customers worldwide.

All of this is made possible by GFS’ 300+ dedicated employees, many of them on the design team. The problem for IT leader Funk was to find a way for these compute-intensive employees to continue their important work in a world locked down by the pandemic.

“Even before that, we had lots of dedicated people coming in on Saturdays and staying late at night because they couldn’t do their work from home,” he says. “We wanted to avoid their having to do that.”

It wasn’t that they didn’t have access—they did, but the existing virtual private network (VPN) tunnel and 400 Mbps fiber service was inadequate for heavy engineering work. Between the number and sheer size of CAD files the design team needed to access, latency was a serious problem. The line quickly became saturated for any demands greater than those of the accounting department and other users accessing the company’s enterprise resource planning (ERP) system.

“This is what drove the original request back in 2019,” Funk said. “Most of the engineering group use Autodesk Inventor or AutoCAD Electrical, and all of their data resides in our Vault PDM [product data management] system. And when you design paint booths the size of a 747 airliner, the files are obviously quite large, as are the GPU [graphics processing unit] requirements that come with a high-end workstation. That’s why we turned to Workspot.”

Taking to the Cloud

Based in Campbell, CA, Workspot Inc. delivers Desktops-as-a-Service, or DaaS, to customers in a range of industries: financial and legal services sectors, life sciences and healthcare, retail, education, architecture, engineering and construction (AEC), and manufacturing. Cloud desktops and workstations can be provisioned in minutes rather than months, the company claims, with “the right compute capabilities for each user, on any device, anywhere they want to work.”

“Before the cloud, everything was installed on-premises,” says Brad Peterson, Workspot’s vice president of marketing. “That meant the IT [department] was on the hook for buying everything—the software and licenses, the desktops, servers, network infrastructure and so on—and then had to guarantee it was running around the clock, often with minimal staffing. These systems were frequently underpowered or soon would be, with the result that users were constantly complaining about performance. The cloud has allowed us to change all that.” 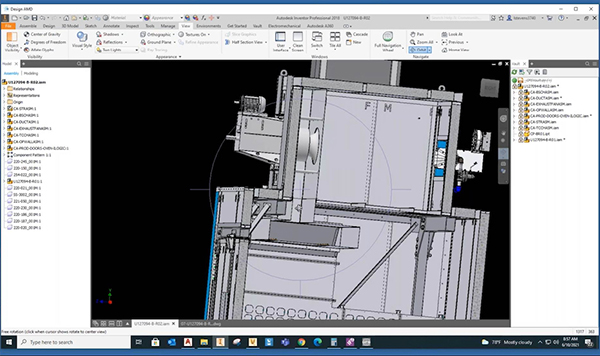 Workspot, he explains, has developed a service that generates an abstraction layer on top of Microsoft Azure and Google cloud-based platforms. This layer allows them to launch a virtual desktop for a user anywhere in the world, and size it according to that user’s needs.

“They feel like it’s a local Windows 10 computer sitting right in front of them, but it’s not,” says Peterson. “It’s up in the cloud, connected to their company’s software systems through a multi-stranded fiber connection, and available at a flat monthly fee. In a nutshell, we take away the complexity of IT management.”

Funk had recently upgraded and then migrated GFS’ Vault servers to the Azure platform and was in the process of installing a “landing zone” for the engineering department, so he was well-positioned when the request came to make design work more flexible. After consulting with his Microsoft representative, he reached out to Workspot and agreed to purchase five virtual desktops.

“That was in January. By the time the paperwork was signed and the onboarding process complete, it was mid-March,” he says. “We probably had four or five days of testing under our belt when the [state’s] ‘Safer At Home’ [COVID-19] order came down from the governor’s office. My team and I had to find a way to turn the entire engineering department into remote users as quickly as possible.” 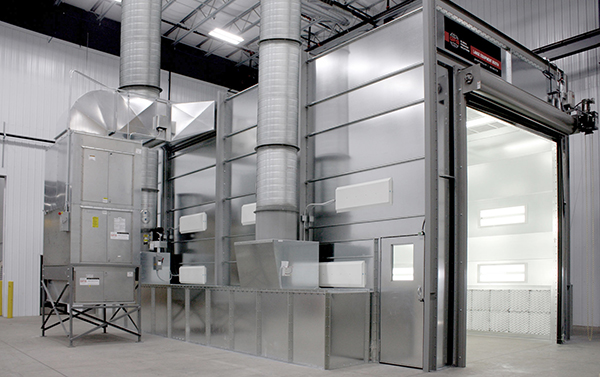 Good luck is always at the crossroad of preparation and opportunity, he adds. With help from Workspot and Microsoft, GFS went from five virtual desktops to 55 within two days and sent everybody home. There were some initial hiccups with VPN connections and personal computer configurations, Funk admits, but they quickly sorted them out and have been “humming along” ever since.

So is everyone back to work? Not quite yet, although Funk indicated that there have been some lessons learned over the past year, and that the business model may be changing to some extent.

When it’s easier to work from home, for example, people will think twice about coming in when they feel sick, which leads to a healthier workplace overall. It also gives GFS greater flexibility in hiring, as they can now attract talent from anywhere in the country or perhaps the world, given their newfound compute capabilities.

And to those IT folks who might be concerned about potential downsizing of their department due to desktop outsourcing, Funk said there’s no need to worry.

“Even with the cloud, there’s still plenty of work to do, and I now have more time to spend with the end users and look for improvement opportunities that will help the company. There’s no more calculating how much hardware to buy and whether it will be adequate in a year or two—if a user comes up short, we just upgrade them to the next service level. I’m absolutely a fan of this solution,” he says.