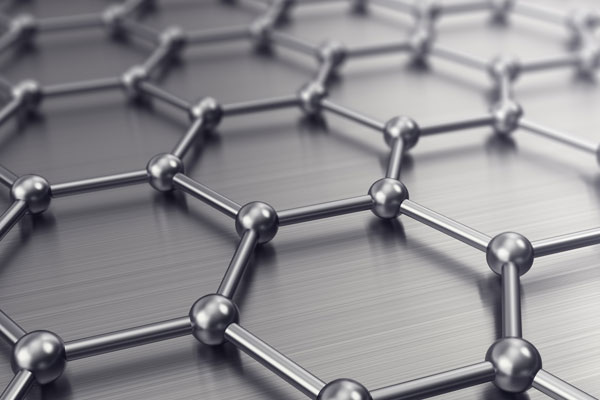 All of these sales mean that the sector is expected to grow at a compound annual growth rate of 61% in the next 5 years. CNN predicts that the future home will look like a real-world version of the animated series, “The Jetsons.”

With a variety of smart home technologies already on the market, the implementation of graphene and related materials is poised to further enhance the smart home offering. Graphene Flagship’s partners are developing solutions.

Graphene antennas can be used directly in working devices without additional software calibration. In a recent demonstration, the proximity of a graphene radio-frequency identification (RFID) tag to an RFID reader automatically triggered the device to take a picture of the wearer. This has several applications, including various closed public environments where tracking could ensure public safety.

Graphene flexible antennas from VTT and the University of Cambridge have already been produced, demonstrating the technology’s commercialization.

Security does not finish at the door though, thanks to the work of Delft University of Technology, Netherlands. With the application of 10,000 graphene membranes suspended on a 1x2 mm silicon chip, a sensor can detect a door closing or opening, or a change in air pressure.

Graphene-based sensors can also be applied to ensure homeowner safety. Recent gas detector prototypes by Catalan Institute of Nanoscience and Nanotechnology, Spain, sense everything from humidity levels to toxic gases. The University of Cambridge and the University of Manchester also have created a new sensor called the graphene nose. It is a matrix of sensors that combines gas pollutant signals to measure air quality.

The smart house of the future will be built smart, not just retrofitted with new applications.

The applications of conductive cement may one day extend beyond making electrical wires a thing of the past. Due to its ability to dissipate heat, it can be used to cool smart homes without the need for expensive temperature management applications. Graphene-infused cement also could lead to smart bricks, and conductive strips of graphene around the home can be used for lighting or as an in-floor heating grid.

Italcementi, a leading construction materials company in Italy recently showcased a floor heating system that uses a thin layer of graphene cementitious composite placed between the screed and the floor surface for highly effective heat transfer.

Graphene’s qualities are not limited to what it can achieve—it also delivers significant economic benefit. Research shows that graphene-infused solar panels increase the stability of the solar cell and make them at least four times cheaper to manufacture.

A collaboration between Graphene Flagship partners Istituto Italiano di Tecnologia (IIT), University of Rome Tor Vergata and BeDimensional S.p.A has developed hybrids of graphene and molybdenum disulfide quantum dots to stabilize perovskite solar cells, which are less complex to produce than traditional solar cells, and can be used in new locations on the home’s roof.

Many of these products are scientifically and technically ready to be mass manufactured. They prove that graphene is already suitable for industrial and commercial use. Although it may have to take over the world one house at a time, that change has already captured the minds of some of the world’s most creative scientists and design engineers.

Fabrizio Tubertini is the Graphene Flagship business developer for Energy, which is based at IIT (Istituto Italiano di Tecnologia) research. Graphene Flagship is one of the largest research projects funded by the European Commission.