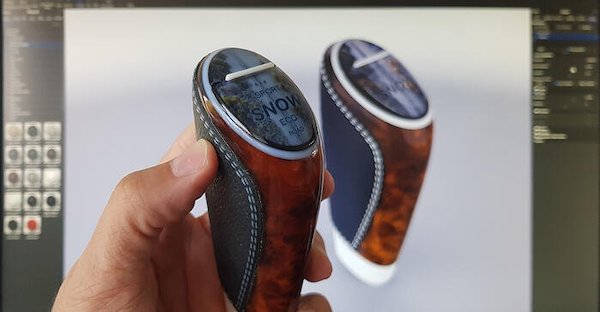 GPU-accelerated ray tracing raised the bar for rendering performance when Luxion announced it would support the technology in its KeyShot solution in 2018. In March, we spoke to Luxion Co-founder and Chief Scientist Henrik Wann Jensen about the shift to GPU compute resources could benefit our engineering audience.

Optimizing the performance of KeyShot requires more than just a fast GPU, however. In the interview below, Luxion provides further guidance on workstation requirements for the software.

Traditional CPU rendering, unlike a lot of basic CAD workflows, is deeply multi-threaded and will directly benefit from a higher CPU core count. Processors like the Intel i7, i9, and Xeon Gold families can help optimize performance of KeyShot. But with recent advances in GPU-based rendering and introduction of dedicated ray-tracing circuits such as the RT cores in NVIDIA RTX, GPUs play an increasingly important role in workstation selection.

Novo PLM, another reseller, specifies workstations with 2GB of RAM, 2GB of disk space, a dual-core CPU, an Intel 64-bit processor with SSE4.1 or higher, with at least an NVIDIA Quadro RTX 4000 GPU.

The KeyShot CPU renderer utilizes all available CPU cores, so the more cores, the faster the rendering times. The CPU denoiser in KeyShot also requires SSE4.1.

KeyShot has the ability to harness the full GPU-accelerated ray tracing power of NVIDIA RTX with OptiX. Available for both real-time rendering and local render output, KeyShot’s GPU Mode allows GPU resources to be accessed with one-click to take advantage of multi-GPU performance scaling and the dedicated ray tracing acceleration hardware in NVIDIA RTX-capable GPUs.

We went directly to the experts at Luxion to discuss workstation configuration considerations when it comes to deploying KeyShot 10. Since most of our readers are also using other types of design and simulation software, the requirements of those tools would also play a role in optimal workstation configurations. (For example, you can see recommendations for SOLIDWORKS and Ansys Discovery in our previous coverage.)

Josh Mings, Director of Marketing, Luxion: Luxion works closely with NVIDIA and OEMs like Dell so KeyShot is ready to run 'out of the box' on desktop or mobile workstations across a range of budgets. Since KeyShot can use both CPU and GPU to speed rendering, CPU cores/threads and GPU memory should be considered. The most common issue is using an outdated GPU driver so users should make a note to check and keep it updated with the latest version certified for their workstation.

How does the use of other design software tools affect how the workstation is configured for KeyShot?

KeyShot is a real-time rendering application, so the Real-time view is rendering and updating in real-time as you apply materials and adjust lighting. With this, and since KeyShot is commonly used alongside other 3D design, graphics and media software, users can change CPU/GPU usage within KeyShot to quickly adjust how much is allocated to KeyShot. Keep in mind having greater VRAM in the GPU can be helpful in allowing multiple design software applications to be run simultaneously

Are there recommended specifications on workstations for using an SDD vs. HDD, the amount of RAM required, the CPU, and the GPU? How has that changed for the latest version of the software?

KeyShot has been developed to utilize as much CPU or GPU power provided; the more power, the faster the rendering. Luxion has system requirements that recommend a dual-core CPU and NVIDIA RTX GPUs. Modern workstations usually have sufficient RAM and storage options, so users will want to consider the speeds they need for transferring/moving data and the number of applications they'll be running or moving between. Higher speed memory (up to 3466 MHz) and NVMe solid state drives provide maximum performance to match the other components in the system. 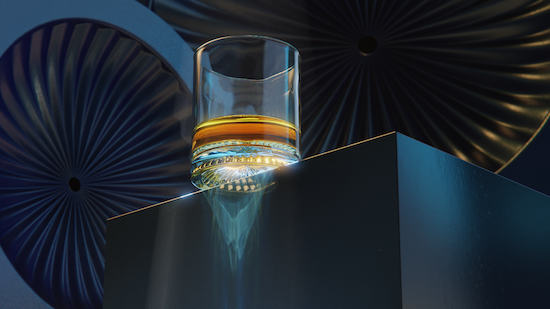 Luxion has worked closely with NVIDIA to harness the full GPU-accelerated ray tracing power of NVIDIA RTX with OptiX. In a recent APDRC article (https://www.digitalengineering247.com/article/keyshot-gpu-rendering-sky-is-the-limit) you can learn how this has not only benefited rendering speed and performance but has also allowed material accuracy to be increased and advancement in the area of real-time adaptive experiences. 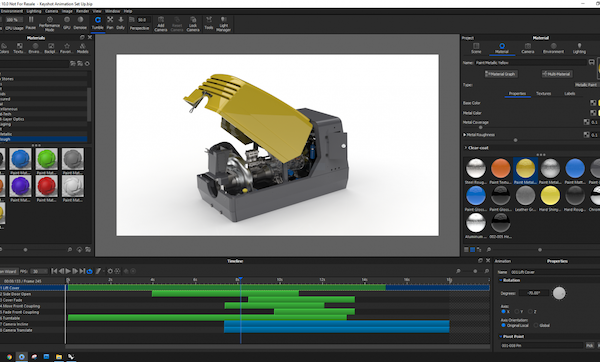 What about monitor selection — anything users should know?

KeyShot uses sRGB color profile by default, and also allows users to import their own ICC color profiles to ensure the colors look correct on screen across their applications.

When it comes to working across a network be it local or offsite, there are a couple things to keep in mind. First, KeyShot Network Rendering allows users to access the CPU or GPU power provided by their company's network, queue their renderings and offload their own workstation resources while speeding up their rendering. Second, shared resources folders for materials, textures, colors, renderings and more can also be set up to use shared network folders providing a central repository for all company assets used for KeyShot scene setup and rendering.

You can learn more about NVIDIA and KeyShot rendering benchmarks here and in this recent blog about caustics. Find out more about Dell and NVIDIA solutions for engineering and design visualization here.