The system is self-monitoring and can embed existing parts into a 3D-printed object. 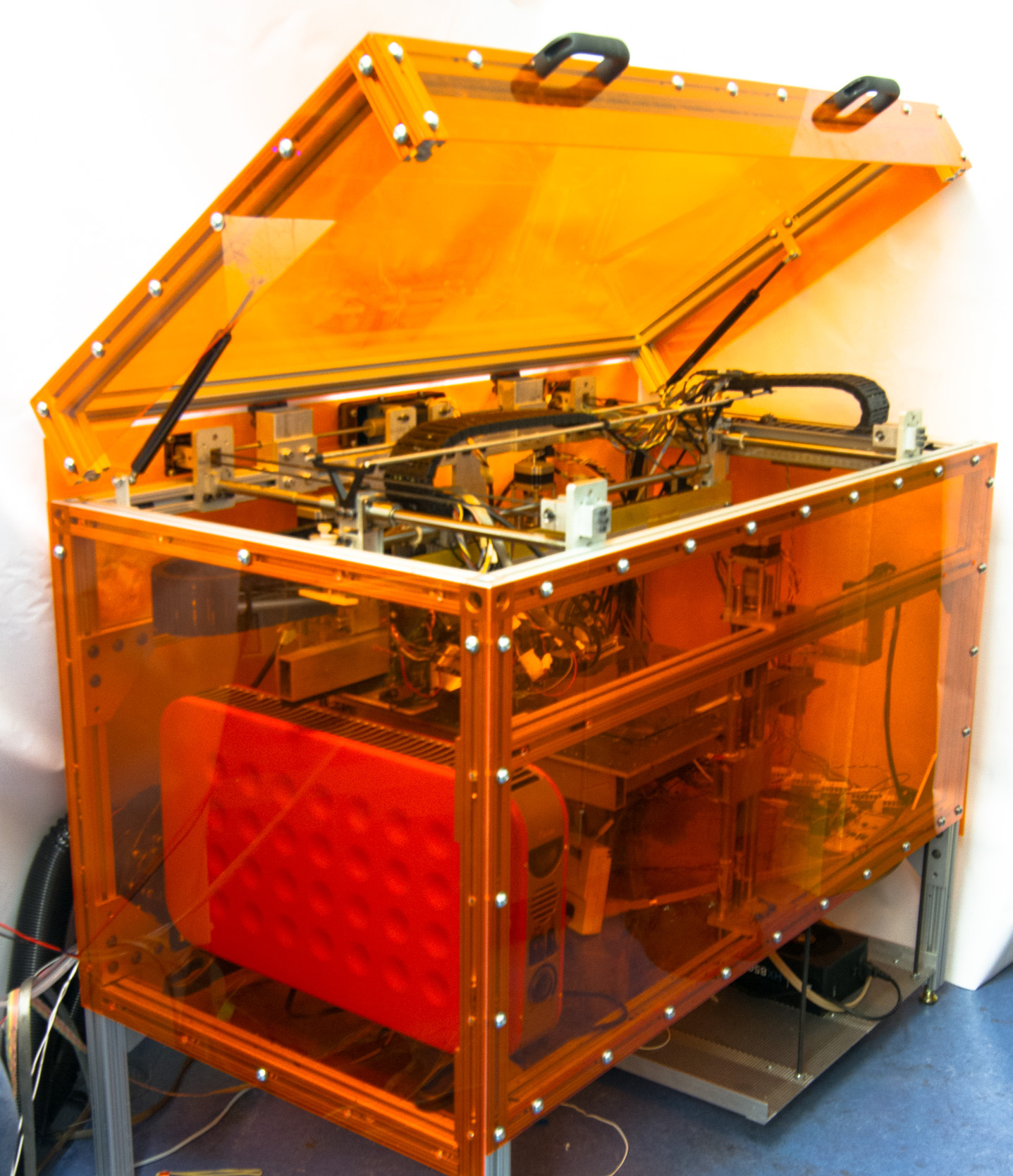 The MultiFab is capable of printing with 10 different materials at the same time. Courtesy of Tom Buehler/CSAIL.

If you ask any additive manufacturing (AM) enthusiast what one of the greatest strengths of AM might be, they are likely to include flexibility somewhere in their reply. No other single technology offers so many different options for design and production. If something can’t be done with AM, wait a couple months and it’s fairly likely someone will have come up with a solution.

The big brains at MIT certainly love the technology. New ideas about how to use and improve AM and support technologies, such as materials and 3D scanning, continue to flow from the institute at a steady rate. Many of these new ideas come from the Media Lab, but today we’ll highlight a system developed by MIT’s Computer Science and Artificial Intelligence Laboratory (CSAIL). 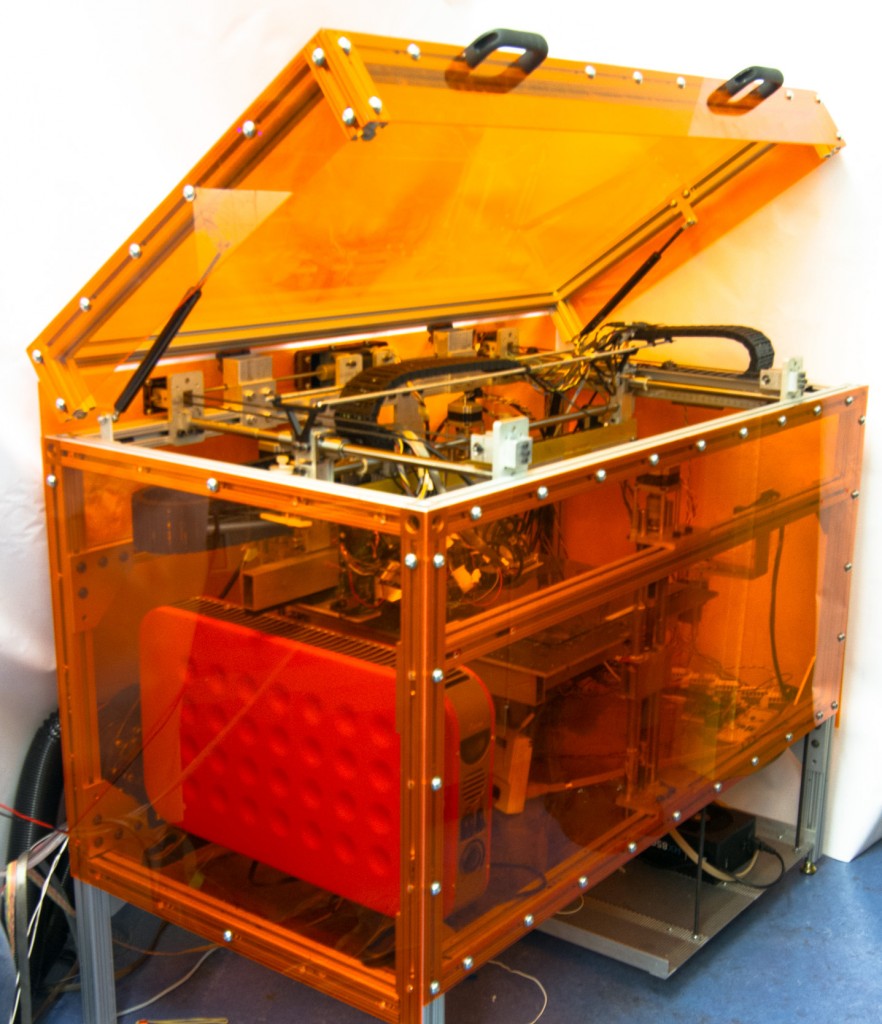 The MultiFab is capable of printing with 10 different materials at the same time. Courtesy of Tom Buehler/CSAIL.

Researchers have developed a new multi-material AM system that is less expensive than those currently on the market, is capable of self-monitoring, and embedding existing parts into a 3D-printed object. The new design has been dubbed the MultiFab and, according to the research team, it can print in 10 different materials simultaneously.

“The platform opens up new possibilities for manufacturing, giving researchers and hobbyists alike the power to create objects that have previously been difficult or even impossible to print,” says Javier Ramos, a research engineer at CSAIL.

The MultiFab uses inkjet technology to expel droplets of material, slowly building them up into preset patterns. This is essentially the same idea at work in Stratasys’ Objet line of 3D printers, where it’s called PolyJet. Regardless of name, using a jetting system allows for the combination of multiple materials at the same time, giving engineers and designers a larger palette of materials to work with.

MIT’s new system can print at 40 microns and uses 3D scanning as part of its “machine vision” to monitor work in progress. If something has gone awry, the system can make changes during a build to correct the problem. Additionally, the system is designed to self-correct for calibration, which can be one of the most annoying problems to deal with in an AM system.

The inclusion of a 3D scanner in the design allows it to include existing objects into builds. An object is placed in the build area, scanned, and then simply incorporated into the design. The MIT research team has used this feature to print lenses directly onto LEDs and it could also be used to embed electronics directly into a printed device.

You aren’t likely to find a multi-material printer on the market for less than $250,000, but MIT assembled its system for around $7,000. Assuming costs would stay near the same for a commercial system, you are looking at a 3D printer that would be affordable and appeal to many different businesses.

Below you’ll find a video about the MultiFab.