Multitasking is a Must in Engineering Workstations 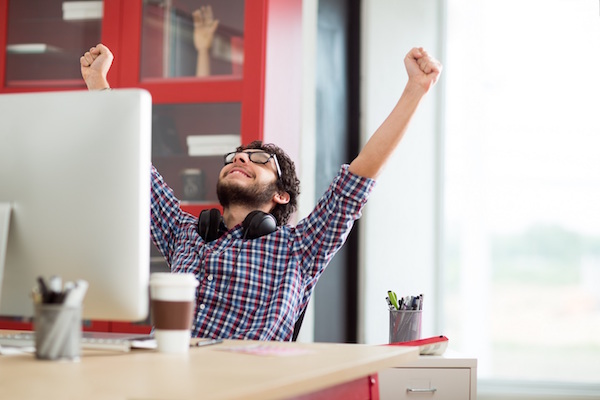 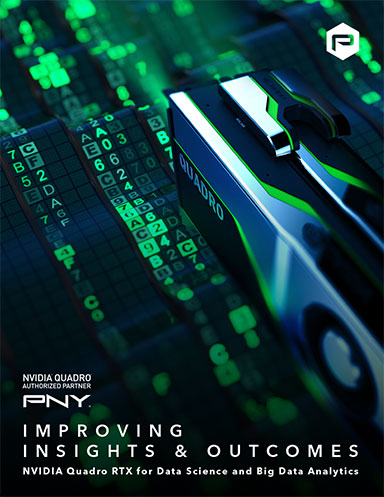 When it comes to workstation performance, efficient multitasking has emerged as a key consideration. Think about how many applications most people have open on their desktop system at any given time—email, web browsers, database programs—or even how many apps are open on the average user's smartphone.

The engineering space is no different. Designers and engineers may need to work in their CAD program, access Product Lifecycle Management (PLM) solutions, run a quick simulation, or complete a rendering all while still working in their office applications or videoconferencing with a client. At any given moment, a host of applications are consuming system resources.

This creates a bottleneck for compute resources, including system memory, the CPU and the GPU. Running multiple applications can slow down the viewport and reduce productivity. To remain productive, engineers need a workstation that includes sufficient memory for their applications, a CPU with plenty of cores, and a high-performance GPU.

“Multitasking is designed right into every product, and it is fundamental to everything we do.” says Glen Matthews, Director of Software Product Management at AMD. “We test all of our technology from a multitasking standpoint,”

The shift to greater use of multitasking in engineering has been an ongoing evolution. Simulation-driven design has affected how engineering workstations are used, as designers may need to work within both CAD and simulation applications at the same time. Greater emphasis on visualization also increased demand for more computing power.

“What we see now is that rendering has moved into the workflow of designers as they are creating parts or products,” Matthews says. “They don’t need to be experts in rendering, but they do need to see if what they have designed looks appropriate, that the aesthetics are correct, and that everything fits together in an assembly.”

You can watch a video about Radeon Pro multitasking capabilities here.

Download an in-depth PDF about the AMD Remote Workstation platform.

Interactive tool for selecting the right GPU for your software

PDF on why you should choose Radeon Pro GPUs

The ability to seamlessly move between these different applications is critical to these modern engineering workflows. The recent shift to more remote work has also made multitasking capabilities more important. “Employees may be remotely accessing their workstation using a laptop or mobile device,” Matthews says. “In that scenario you have data streaming from a piece of hardware that could be 20 miles away. You may have teams working together using a video conferencing solution while they are running simulations or rendering. These are all compute-intensive use cases.”

AMD's GPU architecture is optimized for multitasking through asynchronous compute, which allows the GPU to perform both graphics and compute workloads simultaneously, without bogging down either process. The accelerated multitasking capabilities of a Radeon™ Pro GPU range continue to exceed those of equivalent competitive solutions. In a typical multitasking scenario, a Radeon Pro W5500 GPU, a medium workload offering, can provide up to 11x better application multitasking performance (*see Note 1 below) compared to a competitive NVIDIA Quadro® P2200 GPU. This should be a critical element to consider when selecting your next GPU.

The combination of the GPU driver, known as AMD Radeon™ Pro Software for Enterprise, and AMD Radeon Pro graphics can provide a significant advantage in multitasking. Matthews goes on to say “In recent testing, the AMD Radeon Pro W5700 graphics card with Radeon Pro Software for Enterprise 20.Q3 driver demonstrated up to 5.6x better multitasking performance versus the competition when running the SPECviewperf® 13 industry standard benchmark 3dsmax-06 modeling workflow while CPU rendering in the background.” (*See Note 2 below)

“At the driver level, we focus on having a low-system impact,” Matthews says. “Basically, when a workload is given to the GPU, we make sure it stays on the GPU rather than being assigned back to the CPU. At the platform level, our SmartShift solution also allocates resources appropriately depending on the workload.” SmartShift looks at what an application is doing and dynamically assigns workload to utilize resources on either the CPU or GPU.

“Remote access is an inherently multitask-centric activity, because the user is consuming resources to stream content to themselves,” Matthews says. “We have optimized our remote work solution to have next to no impact on primary 3D workloads.”

Engineering workflows are only going to become more demanding and complex, with designers and engineers being asked to perform simulation and rendering more frequently throughout the design lifecycle, and to generate design iterations much more quickly. The AMD Radeon Pro series provides the horsepower and resources required to maintain high levels of engineering productivity.

“With every new GPU architecture that we release, we continue to execute our roadmap to make multitasking better for the end user,” Matthews says.