The company released three new technologies to support the movement at its annual conference. 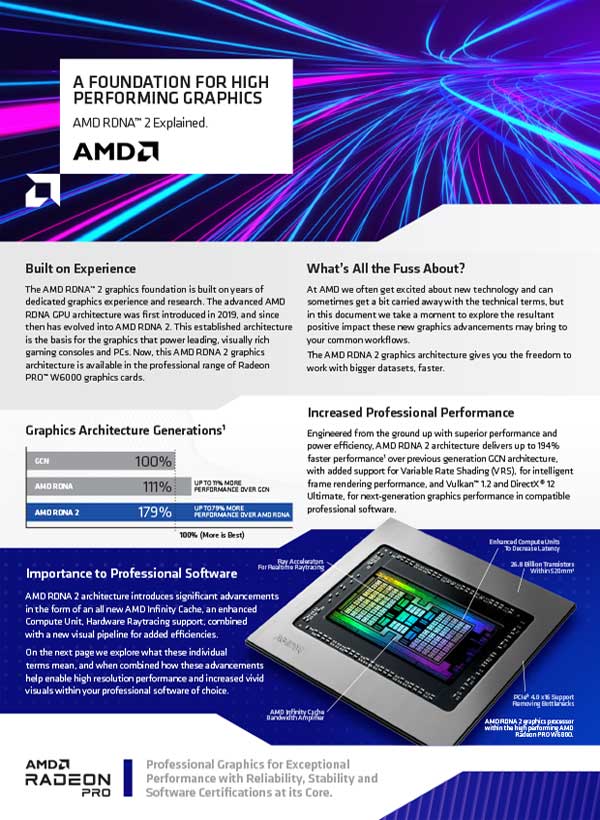 AMD RDNA™ 2; a Foundation for High Performing Graphics
The AMD RDNA™ 2 graphics foundation is built on years of dedicated graphics experience and research. It is is...
Engineering Computing Resources

At its annual GPU Technology Conference, NVIDIA launched three new technologies that will help advance research in deep learning. This concept is growing within a variety of fields, and its personified in innovations such as self-driving cars and medical research.

The TITAN X is, according to NVIDIA, the most power processor ever built for training deep neural networks. It has 12GB of onboard memory and can achieve up to 7 teraflops of peak single-precision performance. It is built with Maxwell GPU architecture and has 336.5GB/s of memory bandwidth.

The DIGITS Deep Learning GPU Training System is an all-in-one graphical system for designing, training and validating neural networks for image classification. These neural networks help machines identify objects and build an understanding of the world.

Complementing the Training System, the DIGITS DevBox platform is equipped for high-performance deep learning research. It is pre-installed with Caffe, Theano, Torch and cuDNN 2.0. It is small enough to fit under a desk and can be plugged into an ordinary wall socket.