Industry Focus: Design for Medical Devices
In this Special Digital Issue, we take a look at how simulation software, 3D printing, and other technologies... 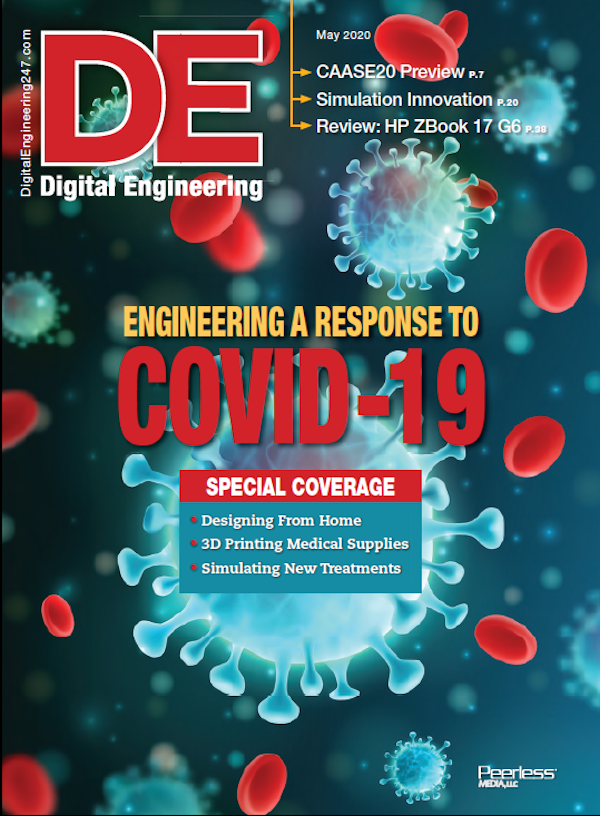 Digital Engineering, May 2020
Our May coverage of the industry's response to COVID-19 and more.

With Pennsylvania under a statewide stay-at-home order, Dr. Guha Manogharan, Assistant Professor of Mechanical Engineering, Penn State University, and his colleagues have had to migrate their classes to Zoom conferences.

Guha teaches a graduate lab course on metal additive manufacturing (AM) and design, which typically involves designing and producing parts in AM hardware. With everyone staying home and connecting via individual webcams from separate places, how can this class continue? Somehow, Guha and his students found a way.

“Before the [Coronavirus] outbreak, the class was divided into smaller groups. We had round-robin schedules, with one group working on reverse-engineering, one on manipulation of the point-cloud [scan] data, one group on setting up the build plate, and one group on process simulation,” he recalled. “[Teaching on Zoom video conferencing] is a different environment. Given the environment they'd be working in after graduation, in companies with different sites in different locations, this is an opportunity for them to get better and working in remote teams via teleconferencing.”

Guha now uses virtual machines (VMs) accessible to himself and the students, along with AM simulation software. The class uses, among others, 3DXpert from 3D Systems, which allows engineers to simulate and analyze the distortion that occurs during 3D printing. 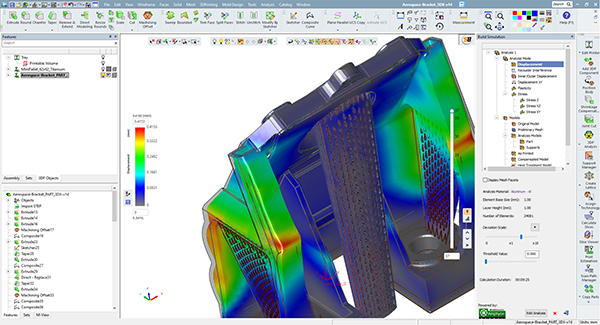 During the Coronavirus-driven school lockdown, Dr. Guha uses 3DXpert from 3D Systems, shown here, to teach his students how to analyze displacement that occurs during the printing process. Image courtesy of 3D Systems.

While the software allows the students to simulate the printing process and its effects, the historical data collected from the previous classes gives them confidence on what they can expect to happen in the real world.

“We have this data in our online repository ... Students study these as case studies to understand the build orientation and laser processing condition's impact ... So even though they're doing everything virtually, they can still understand the impact of laser strategies and support structures,” Guha reasoned. “Students have now formed subgroups among themselves to complete the 3DXpert tutorials [available from 3D Systems] and apply the skills to the final project.”

The class has originally planned to print their final project in mid-April, but that's no longer possible. “Depending on the [outbreak situation], we may print it later in the semester,” Guha said.

Guha's department is also collaborating with other departments at Penn State University to contribute to the fight against COVID-19.

Dr. Timothy Simpson was a panelist for a previously produced DE webcast on AM design's pitfalls.

For more on what Dr Guha and his colleagues are doing in collaboration, visit [email protected]