Increased access to virtual reality (VR) is creating new opportunities for product design and manufacturing, from initial design concepts to sales. Some uses of VR are extensions of existing use cases, while others are completely new.

Some customers are looking to vendors to help sort out what technologies are required to create virtual design review sessions, training simulations and showroom experiences. Others are sharing with their preferred workstation vendor how they want to create and use VR, looking for the vendor to put together the right combination of hardware and software.

“The affordability and accessibility of VR is opening greater commercial applications for the technology,” says Gary Radburn, director of virtual and augmented reality for Dell. Radburn cites a Gartner study that claims AR, VR and mixed reality immersion offerings will be adopted by 20% of large enterprises as part of their digital transformation strategy by 2020.

“It is common to see individual components like headsets and graphics cards say they are VR-ready, but you can have the best chip in the world for VR rendered moot if your system is underpowered in other areas,” adds Radburn. “A quality VR experience needs all those components to align.” 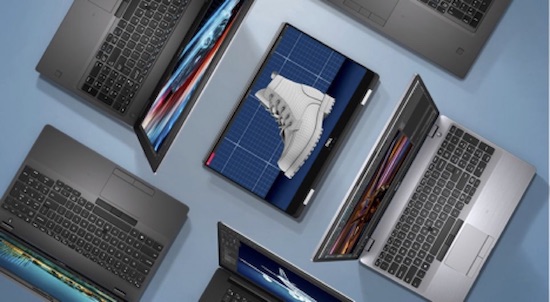 In the case of Dell, it is certifying entire hardware systems—including software—as ready for VR. The Dell VR certification process includes a full perception test. “An automated benchmark test will not catch all the glitches attached to VR-powered engineering work,” Radburn says. “Personal vetting of the system and putting it through the paces of simulated workloads ensures that it can do what it promises.”

Autodesk VRED has emerged as a key technology for creating VR applications. VRED is 3D visualization and virtual prototyping software originally designed for automotive designers. It is a hub for transforming and serving digital design and engineering data as a holistic 3D model.

VRED comes in two versions. VRED Design is for review and evaluation of design ideas and viewing in VR. VRED Professional is a superset of VRED Design for creating high-end virtual prototypes and visualizations that supports NURBS data. VRED allows users to import CAD data from all the leading solutions and host the data in a single environment.

Both the CPU and GPU play an important role in running VR applications, although the GPU is more important overall. What makes VR challenging is that the display for each eye has to be rendered separately to provide a 3D perception. For the CPU in VR viewing applications, frequency/clock speed tends to be more important than having lots of cores since, that impacts how many calculations each core can handle per second. In those applications, dedicated VR systems may be best served with a low core count CPU at the highest possible clock speed.

For users that are creating virtual reality content, additional CPU cores can make a difference, depending on the software. Many 3D manipulation and rendering programs scale well with multiple cores, as does stereoscopic video editing. Keep in mind, even with more cores, the CPU will need to  be able to maintain a 3.4GHz speed under load.

In most applications, VR would require 8GB of RAM, although as capabilities increase users would be safe to invest in more (and it comes at a relatively low cost). A solid-state drive is recommended as the primary drive for hosting the OS and the VR experience and software. Capacity requirements will vary, but it would not be uncommon for a user with heavy VR requirements to utilize a 500GB drive.

Enterprise-class VR headsets run roughly 50% higher than the standard refresh rate of a typical monitor, which puts a higher rendering load on the system. If you are working with a large number of complex models simultaneously, then the GPU requirements are even greater.

The NVIDIA RTX series not only provides high performance in these applications, but these GPUs also provide connectivity for future head mounted displays. An optimal set-up would include running two RTX-class NVIDIA GPUs in parallel, connected via NVIDIA VR SLI—Virtual Reality Scalable Link Interface. Using two GPUs allows VR data to be created for each eye at the same time.

Last year, NVIDIA announced a range of Turing architecture-based Quadro RTX GPUs for mobile workstations that are well-suited for high-quality rendering, visualization and VR. There are now mobile workstations available featuring the Quadro RTX 5000, 4000 and 3000 GPUs, providing performance improves up to 7x faster than a MacBook Pro, according to the company. Workstations like the Dell Precision 7540 and 7740 not only provide the ability to handle VR requirements, but do so while extending battery life thanks to new system architecture efficiencies.

“These new Quadro RTX mobile workstations deliver desktop-level performance, so engineers and product designers can bring the power they need for all their workflows wherever they go,” said Andrew Rink, head of manufacturing industry marketing strategy at NVIDIA. “Now you can go mobile while working with even the most graphically demanding applications like VR, ray tracing and real-time engineering simulation.”

It’s important to choose the right GPU for the application—the price difference between entry-level, mid-level and high-end GPUs can be substantial. According to NVIDIA, the RTX 4000 has emerged as a popular mid-range option because it is VR ready, and has enough memory to run real-time simulation tools as well as AI applications.

Workstation and software vendors can provide valuable guidance when it comes to configuration concerns related to VR solutions. For example, Dell has been working with partners to deliver VR-ready solutions for its Precision mobile and tower systems, and provides information on its website. Likewise, NVIDIA provides guidance for systems and configurations via its VR-Ready Program.