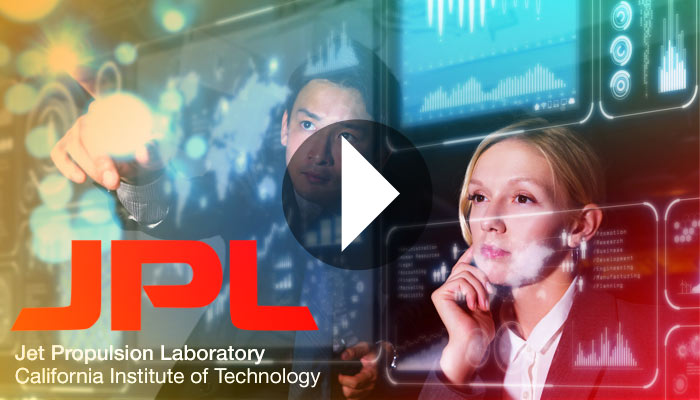 The CAASE Virtual Conference is FREE.

Join us this October 8th.

Register today to reserve your space for this session.

Register for this session

This session co-sponsored by

Mars2020, NASA's next Mars Rover inherited a majority of Mars Science Laboratory (MSL)'s Flight hardware and software. It also inherited the technical baseline described in disparate presentations, spreadsheets, document repositories, emails, and intelligent minds that have long left the project. The Mars2020 Systems Engineering leadership wanted to define their technical baseline in an integrative, data driven manner, that would incorporate the inherited design with the new science instruments and Martian sample caching system. The team chose to leverage advancements in MBSE to garner a better understanding of the complexities facing the mission.

Now, less than one Martian year until launch, it is an opportune time to discuss MBSE's impact on the Systems Engineering products and processes created by Mars2020. I will discuss what the objectives for Mars2020 MBSE were and evaluate how well those objectives were met. Additionally, I will evaluate the implementation's alignment with JPL's vision of MBSE and discuss what future missions can learn from Mars2020's infusion.

Elise will evaluate the implementation's alignment with JPL's vision of MBSE and discuss what future missions can learn from Mars2020's infusion.

Elyse Fosse is a software systems engineer at the Jet Propulsion Laboratory, California Institute of Technology in Pasadena CA. She is an MBSE early adopter who has been working on the Mars2020 Mission since 2014. She splits her time on Mars2020 infusing MBSE into the Flight System and Operations System as well as leading the design of autonomous scheduling behaviors.

3D Systems
From digitization, design and simulation through manufacturing, inspection and management, our comprehensive portfolio of technologies provides a seamless, customizable workflow designed to optimize products and processes while accelerating outcomes. With advanced hardware, software and materials as well as on demand manufacturing services and a global team of experts, we are on a mission to transform businesses through manufacturing innovation.
333 Three D Systems Cir
Rock Hill, South Carolina, 29730

Save Time and Reduce Costs with NoSupports™ Metal Printing
Metal 3D printing is a high energy process in which it is possible for unmanaged heat and stress to build up and impact part quality, this guide reviews how to apply NoSupports to a hot end section of a larger turbomachinery part.

3D Printer Buyer’s Guide
In the rapidly evolving business world, you need a 3D printer that puts you ahead of the competition.

Dassault Systèmes
The 3DEXPERIENCE platform is a BUSINESS EXPERIENCE platform. It provides software solutions for every organization in your company – from engineering to marketing to sales – to help you in your value creation process to create differentiating consumer experiences. With a single, easy-to-use interface, it powers Industry SOLUTION EXPERIENCES – based on 3D design, analysis, simulation, and intelligence software in a new class of collaborative, interactive environment. It is available on premise and in public or private cloud.
175 Wyman Street
Waltham, Massachusetts, 02451

Take the Lead in Electric Vehicles White Paper
Vehicle electrification completely upends many fundamental assumptions of car design, and taking the lead in the field will require revolutionary insights. Simulation enables engineers to analyze and optimize electric vehicle concepts from the very beginning of the design process and discover ideas that improve vehicle performance, efficiency, drive experience and aesthetics. Download this white paper to learn more.

EM Simulation for Automotive Applications Data Sheet
CST Studio Suite allows components to be modeled both in isolation and integrated into larger systems where their performance can be analyzed and optimized.

Integrated Modeling & Simulation E-Book
Seamless, real-time, engineering accelerates product development. The 3DEXPERIENCE platform connects stakeholders in real-time allowing users to leverage the latest data whenever and wherever they need it.

Moving to Collaborative, Simulation-Led Engineering
Simulation is an important part of any enterprise’s quest to create better products, more quickly. Optimizing early in a design cycle can jump-start innovation, enabling the team to explore more alternatives, more quickly — and to make trade-offs based on
View any track or session
Sign up to attend all sessions.
Reserve your space now and
we'll send you a reminder before the event.

Digital Engineering (DE) and NAFEMS Americas are once again teaming up to present CAASE, the Conference on Advancing Analysis & Simulation in Engineering, June 16-18, 2020 in Indianapolis.→ More about CAASE20.