With global headquarters in Krailling, Germany, EOS (Electro Optical Systems) was founded by Dr. Hans Langer in 1989. Langer was originally contracted by BMW to develop stereolithography for industrial use. When his research into stereolithography was finished, he found he wasn’t satisfied by the limitations of the process for use in manufacturing. 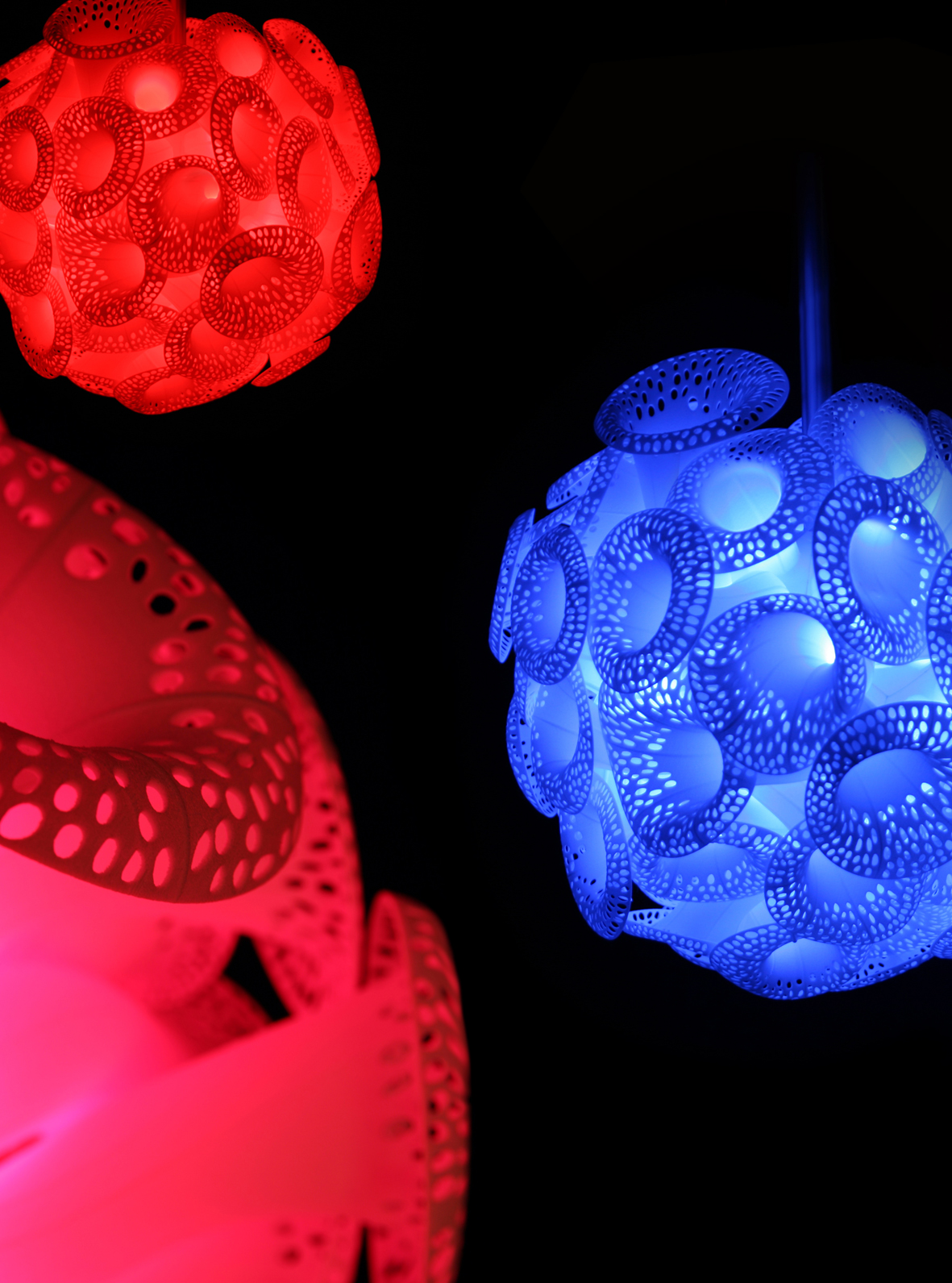 With the idea of what would eventually come to be called additive manufacturing (AM) in mind, Langer began work on a different process that could produce more durable parts and prototypes. The result of his work was laser sintering.

Put briefly, laser sintering uses a high power laser to fuse powdered materials one layer at a time. EOS offers laser sintering systems that use plastic, metal and sand. The company has about 1,100 installed systems worldwide, with revenue in 2011 of about $124 million.

“We have about 400 employees around the globe, with approximately 300 residing at our headquarters,” says Andy Snow, North America regional director for EOS. “Out of that 300, about a third of them are dedicated to research and development, and engineering. The remainder are spread out at technology centers around the world.”

According to Snow, direct metal laser sintering (DMLS) represents the majority of EOS’ systems sales. The latest iteration of the company’s DMLS system is the EOSINT M 280. The system can use either a 200W or 400W solid state laser and can operate in nitrogen and argon atmospheres.

Materials for DMLS range from light metals to stainless and tooling steel, and super alloys, including IN718, IN625, ALSi10Mg. According to the company, open parameters for the EOSINT M 280 are available, allowing customers to develop their own alloys with the assistance of EOS’ development team.

EOS offers four different plastic laser sintering systems: the FORMIGA P 100, the EOSINT P 395, the EOSINT P 760 and the EOSINT P 800 — none of which require support structures for part builds.

The FORMIGA P 100 is EOS’ smallest laser plastic sintering machine with a build envelope of 200 x 250 x 330 mm (7.87 x 9.84 x 12.99 in.), driven by an air-cooled, low power CO2 laser. Along with building objects for immediate use, it can make patterns for plaster, investment and vacuum casting. According to the company, the FORMIGA P 100 lends itself best toward small consumer print runs and has found use in the medical device industry and universities. 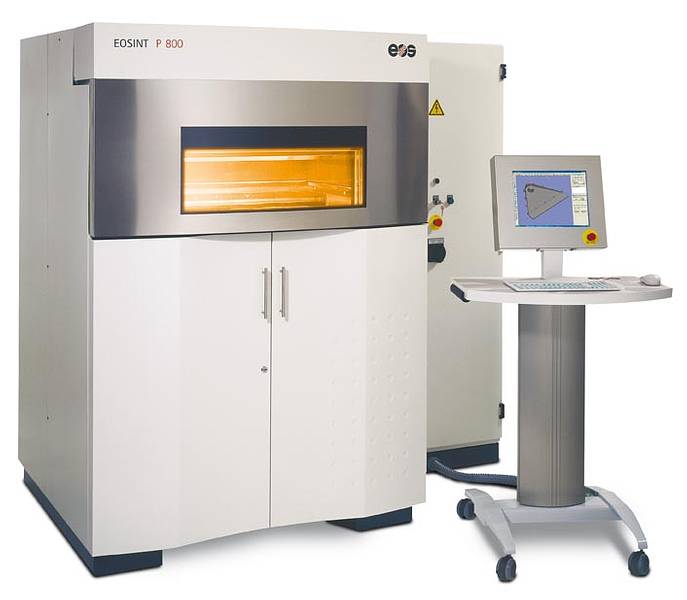 The EOSINT P 395 works with thermoplastics to create prototypes and production-grade parts. This particular system has a maximum build height of 620 mm (24.40 in.). It uses a laser that can go up to 50W and can produce objects with a wall thickness of between 60μ to 180μ.

The final plastic laser sintering system is the EOSINT P 800. This system builds objects from high-performance polymers (including EOS HP3 PEEK material) that have a melting point between 220°C (428°F) and 380°C (716°F). The P 800 can operate at up to 385°C (725°F), making it, according to the company, the first laser-sintering system for processing high-performance polymers. Some applications for the system include building implants for the medical community and replacing aluminum parts in the aerospace industry.

Beyond prototypes, EOS is making strides in the dental and medical fields, where its products are put to use creating individualized dental prosthetics and medical implants.

“One of the real keys to implants is for them to have a good osseointegration, a good adhesion to the bone. With lattice structure capable software, you can do a lot of randomized patterns that replicate [in polymers] the titanium implants that have been utilized in the medical field for several years now,” says Snow.

Creating cranial implants from PEEK is one alternative to using titanium. PEEK is lightweight, durable, biocompatible, and, using the EOSINT P 800, can be built into nearly any shape required by doctors. A laser-sintered PEEK cranial implant prototype has been created by researchers as part of the European Union-funded Custom IMD project.

The overall goal of the Custom IMD project is to create a supply chain of customizable medical implants with cranial, dental and spinal applications, available in both metal and plastic, capable of being produced within 48 hours of a request. The use of laser-sintering systems makes such a tight deadline possible.

Using design software from Within Technologies Ltd., the researchers were able to build the prototype with the EOSINT P 800 that generates, “scaffolded lattices that can be customized to follow the contours of any desired part shape,” Snow says. This encourages bone growth and integration with the rest of the skull, without compromising the strength of the implant.

“One of the real keys to implants is for them to have a good osteointegration—a good adhesion to the bone. With lattice structure capable software, such as WITHIN, you can do a lot of randomized patterns and porosities with a titanium implant, for example. These prototypes have been used in the medical field for several years now,” says Snow.

Now that both custom implant design and rapid manufacturing can be done automatically, we envision a future where any surgeon in the world can simply send the MRI scan of their specific cranial implant requirements to a single computer that creates the CAD design, prepares an FEA validation report, then sends the data to an additive manufacturing machine where the part is quickly built and then returned to the doctor. From a technical point of view, everything is there. –Dr. Siavash Mahdavi, managing director, Within Technologies

Asked about how AM might expand in the future, and what sort of trends he expected to see, Snow says the shift from prototyping to manufacturing will continue, driven by an increased range of materials, greater precision in part production, and adoption of the kinds of process controls and quality assurance that are common with traditional manufacturing processes.