3DEXPERIENCE World 2021: Holding on to the Old; Paving the Way to the New 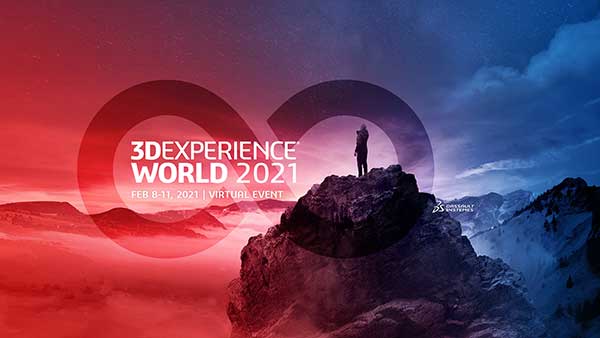 In rebranding of the conference to 3DEX World, Dassault Systèmes signaled a desire to transform SOLIDWORKS from a largely independent subsidiary revolving around a single product into an integrated part of the larger ecosystem. This began with the introduction of 3DEXPERIENCE Works, a suite of ancillary products to augment the flagship CAD package SOLIDWORKS. This year, the transformation continues.

“Products are beyond their physical characteristics. They integrate experiences to establish true and loyal relationships between the customers and the brands,” said Florence Hu-Aubigny, Executive VP of Research & Development, Dassault Systèmes, in the Wednesday general session. “You have to define not only the sketches and the designs, but also the necessary behaviors to deliver the expected experiences.” 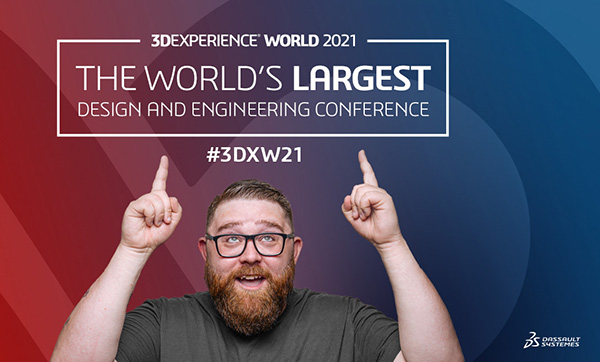 Holding on to the Old; Heading into the New

In the fireside chat with the executives on Wednesday, the top voted questions were about the future of the classic SOLIDWORKS software. Will it continue to be available for the workstations? Will it evolve into a cloud-hosted software? Will the R&D team continue to refine it?

“3DEXPERIENCE Works is the same SOLIDWORKS but connected and better,” said Manish Kumar, SOLIDWORKS Research & Development VP, Dassault Systèmes. “The investment in SOLIDWORKS is not changing.”

Gian Paolo Bassi, SOLIDWORKS CEO, Dassault Systèmes, said, “Any intent to transition SOLIDWORKS to completely a cloud-based product? There is no such intent. But the cloud is our optimal method to give our customer amazing new possibilities, like high-end simulation. How else can we offer this capability? We will offer you the ability to work on desktop as long as you want. But just like today nobody can think of a household without internet, the entire world is going in that direction [of cloud-hosted products].”

3D Sculptor, a subdivisional modeler for creating complex shapes, and 3D Creator, a quick concept design program, are both cloud-hosted products. The SW CAD package included in the tiers remains a desktop product, with some cloud-hosted features.

The company also allows you to try out the full-featured SW software from the browser, indicating there's no technical barrier to offering the product as a cloud-hosted product.

The 3DEX SW bundle is comparable to how Dassault Systemes's rival Autodesk offers its flagship CAD package Autodesk Inventor with other complementary titles under the Product Design and Manufacturing Collection.

“We’ve got team members from out of state, and those who need to work from home, so the ability to be on the cloud with easy access helped,” said Rob Miles, Engineering Design & Technical Documentation Lead, Skinny Guy Campers. “Being a small startup, we don't have internal IT resources, so the simplicity of downloading the apps we need helped us tremendously.”

“We really needed a mechanism to control and organize revisions and CAD data in the cloud. We looked to 3DEX to do that,” said Charles O'Connell, Senior Mechanical Engineer, Square Robot. “It’s enabled us to synchronize our local CAD data sets over distances. We no longer had to archive and pack [the files] to go. Multiple users can easily exchange high-level vehicle models.”

Hybrid as the Future

“What we have learned is, the future might be some kind of hybrid events. Physical connection is important but we have now found a new way to connect with people worldwide,” said Jain.