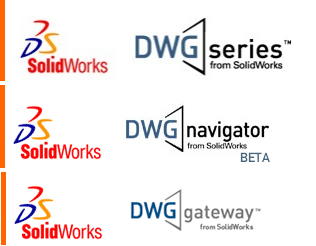 On Tuesday morning, a crowd of more than 30 potential jurors walked into a courtroom in San Francisco to weigh in on the fate of three letters: DWG.

To be precise, they’d been summoned there to decide on case 3:08-cv-04397-WHA, in which Autodesk alleged SolidWorks of unfair competition, false advertising, trademark infringement, unfair business practices, and a whole lot more.

“Design software users associate DWG with Autodesk and its successful software products,” Autodesk argued in its original complaint (filed in September 2008). Therefore, the company feels its rival SolidWorks is “seeking to trade off of or undermine Autodesk’s accumulated goodwill ... by using the term DWG in product names, domain names, and associated websites [such as DWGseries.com, DWGnavigator.com, and DWGgateway.com] ...”

As it turned out, a jury was not needed. At 20 minutes past midnight, the lawyers from both sides came to an agreement to settle the case. Perhaps it was a wise move on Autodesk’s part. By settling the case, Autodesk avoided the risk involved in letting the Court decide whether it has exclusive right over its cherished DWG.

In a memorandum issued on December 31, 2009, the presiding judge, William Alsup, noted “a main issue was whether plaintiff Autodesk, Inc. has a common law trademark in ‘DWG.’ “

SolidWorks argued “trademark law is meant to promote competition by protecting a firm’s reputation, and not to inhibit competition by allowing a trademark owner to control and monopolize a useful and functional product feature.” Since Autodesk uses .dwg as a file extention (in other words, a functional feature), according to SolidWorks, “no trademark rights were possible.” Alsup noted, “there was considerable force to this argument.”

Autodesk narrowed the scope of its the claim by insisting it was seeking “trademark protection only for [DWG’s] use as a word mark—namely, to have exclusive use of ‘DWG’ in packaging, advertising, and marketing materials used in connection with the sale of its goods and services.”

So what if SolidWorks—or anybody else, for that matter—uses DWG as a file extension? The judge felt necessary to get clarification from Autodesk. Hence, the following exchange, as recorded in Alsup’s memorandum.

MR. SABRI [Autodesk’s lawyer]: Your Honor, it may be the case it violates patent law. We’re not addressing that today. I will state—

THE COURT: ... If you are trying to monopolize .dwg, you and your company are in big trouble.

MR. SABRI: We absolutely are not, your Honor.

THE COURT: Well, then disavow it.

THE COURT: You’re not disavowing it?

MR. SABRI: I am disavowing it, your Honor. Autodesk cannot state claims against functional uses of .dwg, and the distinction between a word mark DWG and the functional uses I believe will be very clear by this presentation.

THE COURT: I want to hear you say we disavow it.

MR. SABRI: We disavow any claims against functional uses of the .dwg, your Honor.

In Alsup’s view, “No one has ownership of file extension designations ... because such designations are inherently functional. Any programmer or computer user anywhere is free to designate file extensions as they see fit, without worrying about trademark violations.”

In the words of Zusha Elinson, a reporter for the legal website Law.com, the judge was “less than thrilled with the parties’ stipulation as part of the agreement that the court had held the trademark valid.” He asked the attorneys to rewrite the agreement on the fly.

The final agreement, filed on January 5, states, “The parties stipulate that the letter string ‘DWG’ is a valid trademark owned by Autodesk for computer-aided design (CAD) software and related services ... the Court will enforce the stipulation between the parties without adjudicating the issue on the merits ... All other claims and counterclaims are dismissed with prejudice, including Autodesk’s claim that SolidWorks has engaged in false advertising or unfair competition ... the dismissal of a claim under this paragraph shall not be deemed an adjudication of the merits of such claim.”

In other words, the parties had come to an agreement between them that the trademark for DWG belongs to Autodesk, but the Court did not rule on the merit of this claim. Aside from this brief stipulation, the terms of their settlement remain confidential.

For clues to the nature of their settlement, we may wait and see if SolidWorks begins removing DWG from its domain names and marketing literature. If you’re using .dwg as a file extension, you can be reasonably certain Autodesk cannot come after you for trademark infringement, because you have Honorable William Alsup’s memorandum on your side.

But what if you use DWG in other manners, for example, in product branding? Does that amount to trademark infringement legally? The jury is still out—quite literally—as the settlement prevents it from weighing in on the issue in this case.

For Autodesk’s official words about the settlement, read the announcement here.

For court documents from this case, visit CAD/Court, a site devoted to tracking technology-related lawsuits.

For more, read Zusha Elinson’s report on the final day of the trial at Law.com.