With NVIDIA GPUs, the system is Virtual Reality Ready. 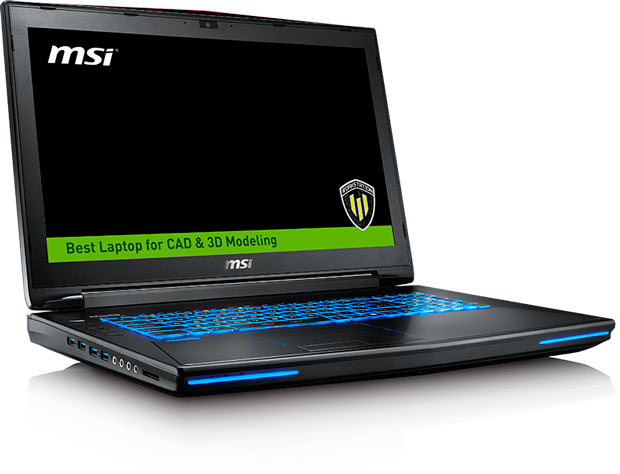 The NVIDIA VR Ready WT72 6QN mobile workstation is powered by your choice of sixth generation Intel Core-i7 processors or a 64-bit Xeon processor. It supports up to 64GB of memory and runs under Windows 10 Pro. Image courtesy of MSI Computer Corp.

Multiphysics Sparks Innovation in Electronics Design
Multidisciplinary modeling and simulation will play a larger role in solving electronics design challenges.
3D Printing Inches Toward Electronics
Additive manufacturing adoption in electronics has lagged behind other sectors, but advances in materials and...
Fast Workstations Need Fast Buses: Inside PCIe Gen 4
What can the latest version of this interconnect standard do for engineers?
The Do’s and Don’ts of Metal 3D Printing
The No. 1 rule for optimizing value: redesign parts specially for metal AM while following materials...
More Features

Virtual reality has been a reality in design and engineering for quite some time now. Think about that time you and Jean-Luc Picard were immersed in a room-sized CAVE (cave automatic virtual environment). Reviewing designs, seeking out new structural and mechanical flaws and boldly observing how time and physics wear down assemblies in VR is simply amazing. But VR hasn’t been practical for mobile engineering workstation toolkits. Today’s Pick of the Week marks the start of a new frontier.

The 8GB Quadro M5500 delivers 2,048 cores and up to 35% better performance than its predecessors. When you mate the WT72 with the Quadro M5500 graphics processing capabilities, it becomes the first professional NVIDIA VR Ready mobile workstation, according to MSI.

The WT72 6QN comes with a variety of NVIDIA technologies to maximize the VR experience like VRWorks, a suite of APIs (application programming interfaces), libraries for VR developers, VR content rendering technology and the like. The WT72 mobile workstation series is certified for Autodesk’s VRED 3D visualization and virtual prototyping software, and it’s compatible with VR systems like Oculus Rift. It’s also certified for 3D modeling by Autodesk, PTC and Dassault Systemes SOLIDWORKS. 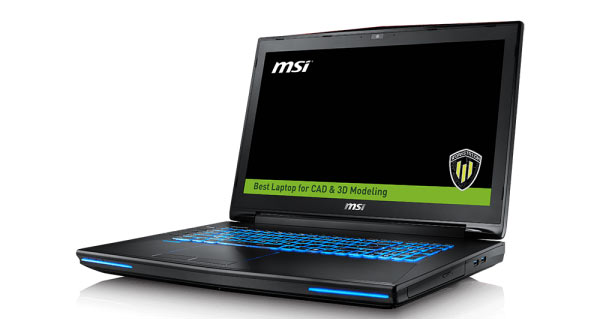 The WT72 6QN comes in two flavors, both have a 17.3-in display and 32GB of memory, upgradable to 64GB. One runs an Intel Core i7 6920HQ processor running at 2.9GHz to 3.8GHz with Turbo Boost and has 4K UHD (ultra high definition) display with 3840x2160 resolution. The other configuration has an Intel Core i7-6700HK processor and an FHD (full high definition) anti-glare display with 1920x1080 resolution.

In short, this sounds like the beginning of a new way to do design engineering with your mobile workstation. To learn more about MSI’s new NVIDIA VR Ready WT72 6QN mobile workstation, hit today’s Pick of the Week link. Or as Picard would say: Engage.