Getting Real About Artificial Intelligence

Design space optimization and generative design software are the standard bearers in design engineering AI, but having software that suggests solutions that humans may not have thought of based on a limited set of inputs is just the beginning.

Design space optimization and generative design software are the standard bearers in design engineering AI, but having software that suggests solutions that humans may not have thought of based on a limited set of inputs is just the beginning. 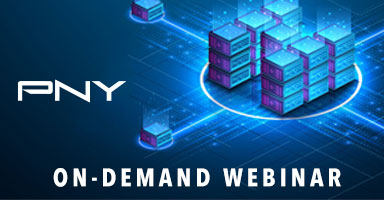 Zuboff, perhaps most famous for writing “In the Age of the Smart Machine: The Future of Work and Power,” laid down these three laws before that book was published in 1988:

2. Everything that can be informated will be informated. (“Informated” was coined by Zuboff to describe the process of turning descriptions and measurements of activities, events and objects into information.)

With all of the excitement, promise and fear surrounding artificial intelligence (AI) today, it’s easy to write it off as yet another overhyped technology trend. After all, human-level intelligence from a machine has been “coming soon” since the 1950s, at least. A victim of its visionaries’ grand predictions and a lack of computing power for decades, it’s now obvious that human-level intelligence isn’t necessary for AI to have a profound impact on society. In fact, it already is—though most people don’t seem to realize it (see page 7).

The lack of computing power is no longer the hindrance to AI advancement that it once was. For decades now, countries, universities and companies have been pouring billions of dollars into AI research and development. Some of the fruits of that labor are evident in today’s design engineering software.

Design space optimization and generative design software are the standard bearers in design engineering AI, but having software that suggests solutions that humans may not have thought of based on a limited set of inputs is just the beginning. If you’re wondering if software will ever design a fully optimized and manufacturable part based on use data automatically fed into it, I refer you to Zuboff’s laws one and two. That’s a scary thought for many design engineers. I had the same initial reaction upon learning that the Washington Post, The New York Times, BBC News, Associated Press and Reuters, to name a few, have been using AI to produce news and streamline journalism workflows for years.

What’s to stop design engineers from going the way of switchboard operators, typesetters and—increasingly—taxi drivers or bank tellers? Plenty. Time, for one. Though the rate of technology development and uptake is increasing at breakneck speeds, a fully automated design process is not on the horizon. Quite frankly, there are bigger AI fish to fry in the healthcare and financial markets and, at the moment, an acute shortage of capable fry cooks. Even if all the world’s AI expertise were trained squarely on design engineering, it would be hard pressed to get enough data to train a system to create parts much more complex than a bracket, much less the system of assemblies that comprise modern products.

Laying Down the Law

So, you’re safe ... for now. You can go back to design engineering as usual, or you could dive into the possibilities that today’s computing power coupled with software automation have to offer you today and will be offering in the future. Think of the time-intensive tasks that have already been automated: duplicating bolt holes according to a predetermined pattern, creating a bill of materials and even meshing. More advanced forms of automation, such as optimization studies, generative design or digital twins in the product lifecycle, are just the next step. They give you more time to do the tasks AI isn’t good at—creation and innovation.

Design engineering teams should adopt a fourth law of automation: Embrace changes that bring about greater efficiencies. Instead of slowing down automation adoption, look for ways it can help you add value to your work that the tools you use cannot. AI is just another tool—albeit a disruptive one. Design engineers who learn how to employ it, or at least accept its use, are less likely to be disrupted.