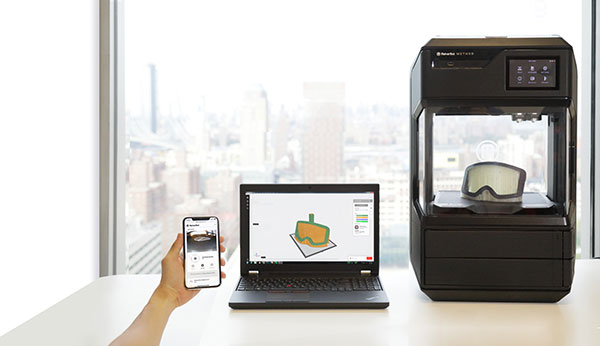 After making its mark as one of the catalysts behind the rise of the hobbyist 3D printing market, MakerBot, now owned by Stratasys, is looking to blaze new ground with its latest offering by bridging the gap between desktop and industrial 3D printing.

The newly launched Method, touted by the firm as the first performance 3D printer, is a wholly new platform, designed from the ground up to meld industrial 3D printing capabilities like dimensional accuracy and high-speed output with the user experience and reasonable price points that defined early MakerBot models. Method, priced at $6,499, is aimed at professional design engineers along with the education market, both of which are hungry for 3D printing solutions that can be leveraged to build reliable, repeatable and dimensionally accurate parts as part of late-stage prototyping, according to Nadav Goshen, MakerBot CEO.

Rather than build this next-generation printer on existing MakerBot technology, the team started from scratch, creating a new platform that borrows from the Stratasys portfolio. “The limitations we inherited from our DNA prevented us or anyone else [in the desktop space] from delivering a professional, industrial tool,” Goshen says. “We invested the time and effort to build a new platform that bridges the industrial capability of 3D printers’ reliability, precision and dimensional accuracy without compromising on the user experience or accessibility, which includes affordability.”

As a result, the new Method platform includes a number of innovations that give it industrial horsepower along with the ability to repeatedly output consistent parts within +/- 0.2 dimensional accuracy, according to company claims. Among them: 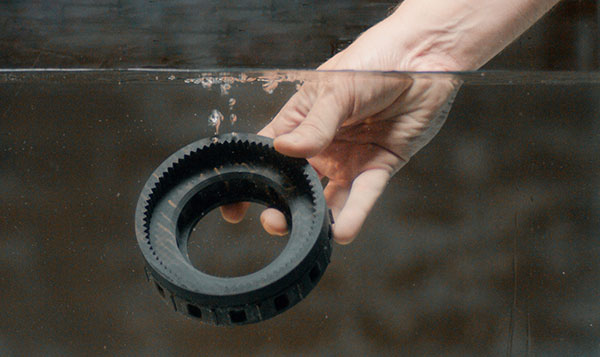 The MakerBot makes use of PVA support material, which can be dissolved in water. Image courtesy of MakerBot.

the hardware platform, the Method is designed to make this advanced 3D printing functionality accessible to individual designers and engineers who may not have access or familiarity with industrial 3D printers. The system employs a capacitive touch screen as the focal point for interacting with the printer, including delivering the status of current print jobs. The print software, which works with most popular CAD programs, is tuned for accessibility, and a smart spool function provides updates on material via a built-in RFID chip, including type, color, and amount remaining.

The ease of use capabilities are designed to go beyond what was offered on hobbyist desktop 3D print platforms.

“Desktop systems have been accessible and affordable, but on the other hand, they require a lot of tinkering in order to make them work as expected,” Goshen explains. “People had to invest a lot of time and effort.”

In addition to enabling the engineering workflow for late-stage prototyping, Method will also help organizations promote a design for additive manufacturing (AM) mentality among its engineering ranks. “Organizations that want their workforce thinking about AM have been limited in their ability to seed multiple units in the workspace,” he says. “Method is a good tool for organizations that want engineers and designers to be thinking about design for AM practices.”