Board appoints Alex Davern as CEO and president effective Jan. 1, 2017; Dr. James Truchard to remain chairman of the Board. 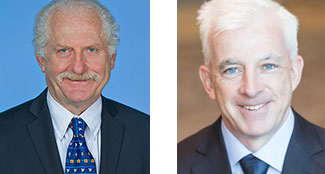 NI, a provider of platform-based systems for engineers and scientists has announced that its Board of Directors has elected Alex Davern, age 49, to serve as CEO and president of National Instruments, effective Jan. 1, 2017. Davern will succeed Dr. James Truchard, age 73, who has served as the CEO of NI since the company’s founding in 1976. Dr. Truchard will remain as Chairman of the Board. The Board of Directors plans to appoint Davern to the Board by the end of January 2017. This transition is being undertaken as part of the Board’s succession planning process.

“It has always been my goal for NI to be a company built to last,” said Dr. James Truchard, CEO and co-founder in a press release. “Over the last decade, in the face of a weak industrial economy I have focused my efforts on helping to ensure that we were making the long-term strategic investments necessary to set NI up for future growth. I believe these major platform investments, in key areas like PXI modular instrumentation, RF measurements, CompactRIO and our entire software platform, will continue providing NI with disruptive platform capabilities needed to expand our long-term market opportunity. Given our significant progress, much of which was showcased at NIWeek earlier this month, I believe NI is well-positioned for the coming decade.”

Known by many in the industry as Dr. T, Truchard is somewhat of an engineering celebrity, with attendees at NIWeek often stopping him in the hall to take his picture. Truchard holds a doctorate in electrical engineering and a master’s degree and bachelor’s degree in physics from the University of Texas at Austin. According to the NI website, Truchard earned his master’s and doctorate degrees while working full-time as the managing director of the acoustical measurements division at the UT Applied Research Laboratories. He and Jeff Kodosky, NI co-founder, began NI in 1976. 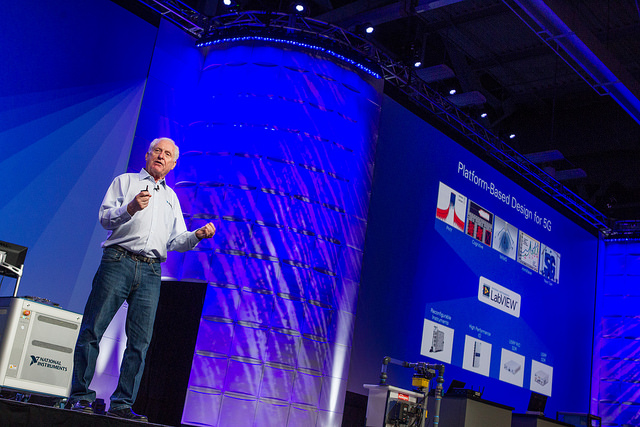 “It is the right time for me to retire as CEO,” Truchard said in the release. “I have worked with Alex Davern for more than 20 years. He is an exceptional leader and business strategist, with a demonstrated track record of success. I have complete confidence in Alex and the rest of the senior leadership team at NI to continue delivering on our consistent track record of innovation, growth and profitability.”

Davern has served as chief operating officer of NI since 2010, and chief financial officer since 1997. Davern, and the rest of the senior management team, including Jeff Kodosky, co-founder, Fellow, and Board member of NI; Eric Starkloff, Executive VP of Global Sales and Marketing; Scott Rust, Senior VP of R&D; and Duncan Hudson, Chief Platform Officer, have over 100 years of experience at NI, working closely with Truchard.

“Countless entrepreneurs have great ideas and start companies, but very few have accomplished what Jim has—from moonlighting out of our garage and kitchen in 1976, to self-funding the business, to a successful IPO in 1995, to the $1B+ revenue company we are today with over 7,000 employees around the globe,” said Kodosky. “But more than just financial success for the company, what truly stands out is the impact that Jim and NI have had on engineering and science over these last four decades. The innovation he has enabled across so many industries inspires me to this day. I look forward to his ongoing contributions as Chairman.”

In light of Mr. Davern’s promotion, the company will start the process of considering candidates to serve as Chief Financial Officer and expects to complete the process by the end of 2016.