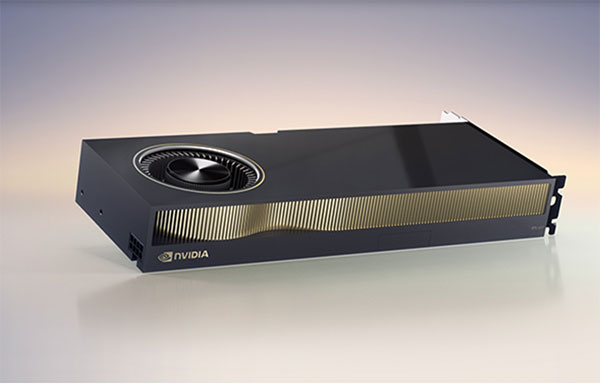 Designed for neural graphics and advanced virtual world simulation, the RTX 6000, with Ada generation AI and programmable shader technology, is a platform for creating content and tools for the metaverse with NVIDIA Omniverse Enterprise. Incorporating the latest generations of render, AI and shader technologies and 48GB of GPU memory, the RTX 6000 enables users to create detailed content, develop complex simulations and form the building blocks needed to construct engaging virtual worlds, according to NVIDIA.

“Neural graphics is driving the next wave of innovation in computer graphics and will change the way content is created and experienced,” says Bob Pette, vice president of professional visualization at NVIDIA. “The NVIDIA RTX 6000 is ready to power this new era for engineers, designers and scientists to meet the need for demanding content-creation, rendering, AI and simulation workloads that are required to build worlds in the metaverse.”

The NVIDIA RTX 6000 workstation GPU will be available from global distribution partners and manufacturers starting in December.

Register for GTC for free to attend sessions with NVIDIA and industry leaders.