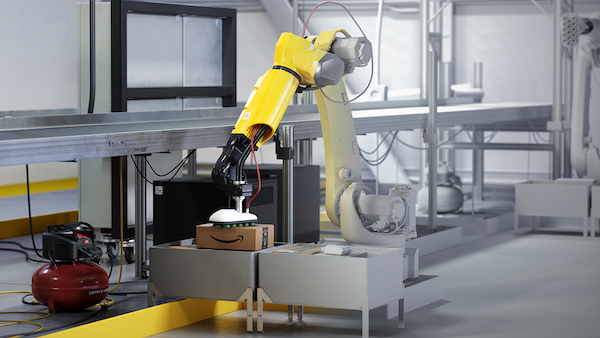 NVIDIA announced a slew of new products and capabilities at the NVIDIA GTC Conference on March 22nd. The company further expanded its RTXGPU offerings for desktops and mobile workstations and has expanded its NVIDIA Omniverse Enterprise platform to enable innovative digital twin and artificial intelligence (AI) applications..

For engineering workstation users, the big news was the announcement of seven new powerful GPUs for both desktop and mobile computers. For mobile users in particular, the new GPUs present an opportunity to increase rendering and simulation performance according to a company blog by Bob Pette, NVIDIA VP/GM, Professional Visualization: 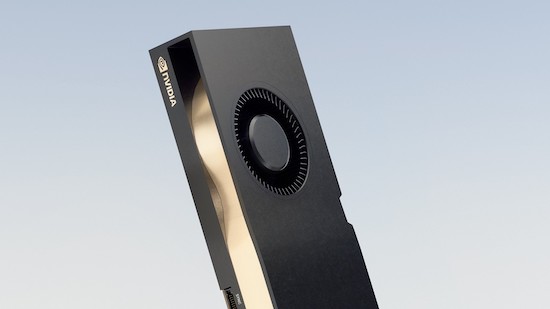 The new NVIDIA RTX A5500 GPU. Image courtesy of NVIDIA.

“The multi-app product development workflows we use at M4 are well-served by the NVIDIA RTX A5500 and its 24GB of memory,” said Brian Rotty, senior engineer at M4 Engineering. “My team can handle larger CAD and CAE datasets than before and, critically, we can interact with and iterate these larger datasets simultaneously by making use of the extra GPU memory headroom and compute capabilities of this new card.”

The laptop GPUs also include Max-Q technology, an AI-based system optimization solution that provides quieter and more efficient performance, as well as up to 16GB of GPU memory. The A2000, A3000 and A4500 feature twice the memory of previous-generation GPUs.

OEM partners like Dell Technologies will offer workstations with the RTX A5500 and the new laptop GPUs beginning this spring.

In addition, the company also announced new data center GPU products. Those include the NVIDIA Grace™ CPU Superchip (which includes two CPU chips connected over NVLink-C2C) and the NVIDIA H100 GPU (the first based on the new NVIDIA Hopper™ architecture). These developments are centered on artificial intelligence acceleration, and the company also announced the NVIDIA Eos Supercomputer, which is expected to be the world's fastest AI system. The AI and data science capabilities enabled by these new data center and supercomputing solutions will be critical for solving complex design challenges and developing new systems like autonomous vehicles.

The Omniverse ecosystem has expanded with new connections and libraries for third-party applications. New CAD importers convert 26 common CAD formats to Universal Scene Description (USD), and there are new connections for Adobe Substance 3D Materials and 3D Painter (coming soon), as well as Epic Games Unreal Engine and Maxon Cinema 4D. Omniverse users will also be able to integrate their favoriteHydra delegate-supported renderers into Omniverse Apps to use in addition to the Omniverse RTX Renderer.. Initial integrations are now in beta for Chaos V-Ray, , withBlender Cycles, Maxon Redshift, OTOY Octane and Autodesk Arnold on the way.

Bentley Systems also announced the availability of LumenRT for NVIDIA Omniverse, powered by Bentley iTwin, a step towards a new class of digital twin simulation for infrastructure and design use cases.

“We worked with customers to build something from the ground up dedicated to supporting these industrial-scale digital twin applications,” said Bob Pette.

Grocery chain Kroger Co. is using NVIDIA AI Enterprise and Omniverse Enterprise and software suites to build digital twin simulations of its stores to improve operations. Lowe's Innovation Labs is leveraging Omniverse for a similar project to optimize its own store operations.

Siemens Gamesa Renewable Energy is also working with NVIDIA to create physics-informed digital twins of its wind farms. The digital twins will be built using Omniverse Enterprise and NVIDIA Modulus. According to NVIDIA, the platform will help Siemens Gamesa achieve quicker calculations to optimize wind farm layouts, which is expected to lead to farms capable of producing more power than previous designs.

You can learn more about the NVIDIA GTC announcements and sessions here.