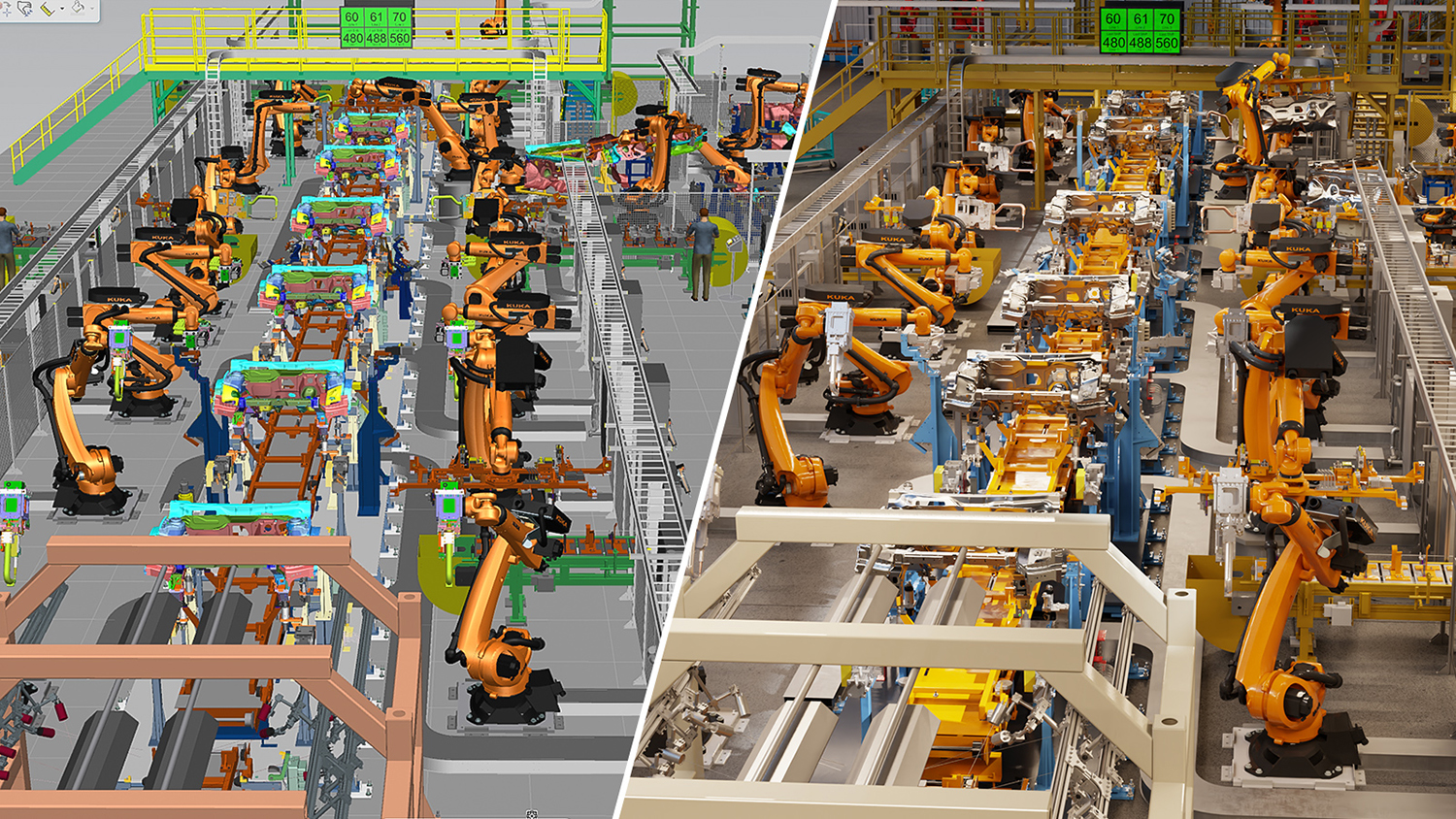 The Value of Digital Transformation Across the Asset Lifecycle
Improved productivity, is one of many significant operational benefits that digital transformation can have on...
KISTERS 3DViewStation Exports Native Data to Minecraft NBT File Format
NBT export as a gimmick for gamers in the world of blocks.
GTC Fall 2022: NVIDIA Launches Omniverse as a Service
GPU maker NVIDIA targets enterprises looking to populate the Metaverse with digital twins
Siemens and NVIDIA to Build Industrial Metaverse
Two companies plan to build digital twin infrastructure
More Visualization

High-Performance Visual Computing in the Data Center Extended to Professionals Everywhere
As the world continues to shift and enterprises across the globe rethink post pandemic infrastructure,...
Visualization Resources

“We have to make the digital twin as realistic as possible and bring it as close as possible to the real world,” said Busch.

For Siemens customers, the design and simulation software NX is where their industrial equipment, machinery, and vehicles are conceived and defined. To breathe life into them as digital twins, the company needs an immersive virtual world where they can live. NVIDIA has already built such a world: NVIDIA Omniverse.

Huang described the Omniverse as “an engine for creating large-scale real time virtual worlds.” He characterized the partnership between Siemens and NVIDIA as a collaboration between “the world's leading industrial automation technology and AI computing company.” He added, “We're going to connect our two platforms together so that we can enable this new world of industrial metaverse.”

“As a first step in this collaboration, the companies plan to connect Siemens Xcelerator, the open digital business platform, and NVIDIA Omniverse,” according to the press release.

Happy to welcome @NVIDIA CEO Jensen Huang to our Siemens HQ today. At 5pm CEST we will be on stage to talk about the future of industries. Join us online: https://t.co/kgXQqBz6oQ #TeamSiemens #SiemensAccelerate pic.twitter.com/G7DHuRjGrt

The Pillars of Siemens Xcelerator

Recently, Siemens began transitioning its products to the SaaS (Software as a Service) model. As part of the initiative, Siemens now offers a cloud-hosted version of its NX CAD and simulation software, dubbed NX X. Similarly, the Xcelerator portfolio is available under the Xcelerator as a Service (XaaS) plan.

“[Small and midsized companies] don't have the money to invest a lot. So this is the reason we are pushing hard for [Xcelerator] as a Service. It's software as a Service, but also hardware as a service,” explained Busch.

The primary 3D CAD format for Siemens software is JT, an ISO-compliant 3D format developed by Siemens. JT's specs are published, allowing third-party developers to interact with it.

NVIDIA Omniverse uses USD (Universal Scene Description), an open format developed by Pixar, to describe 3D objects in the virtual world. “Working with the industry, we've turned USD into essentially the industry standard 3D language of the metaverse. like HTML. This partnership is about connecting Siemens Xcelerator and the entire suite of the portfolio ... through USD to this one world called Omniverse,” said Huang.

Therefore, data exchange between JT and USD is the key to bringing NX models into Siemens' industrial metaverse. On that front, not much detail is available yet.

NVIDIA has been promoting Omniverse as the ideal digital environment for digital twins. With built-in physics, machine learning, and real-time visuals, Omniverse can be used to simulate the electromechanical behaviors of industrial equipment. Infrastructure company Bentley is one of the early adopters of Omniverse to host digital twins. Enterprise NVIDIA Omniverse users include Amazon, Kroger, Lowe’s, and PepsiCo.

Since Omniverse partnerships are not exclusive, many manufacturers will conceivably develop and maintain their own metaverses to house their digital twins.

Busch emphasized the openness of Xcelerator as a platform. “It requires openness, interoperability, and flexibility. This is important in order to make the system plug-and-play,” he said. “Customers are not locked in. They can call third-party application developers and say, I want to have a little app on top.”

Developing and maintaining a digital twin is a herculean task. It involves creating a dynamic 3D replica of a real-world object in the virtual world, establishing live links to real-time data, and maintaining a history of its peaks, lulls, and breakdowns. Therefore, once brought to life inside a metaverse, transferring it to a different environment is highly unlikely. Viewed in this light, depositing a digital twin into a metaverse is a lifelong commitment, and the locked in effect is unavoidable.

With Siemens and NVIDIA, users can depend on the longevity of the industrial metaverse where their digital twins live.