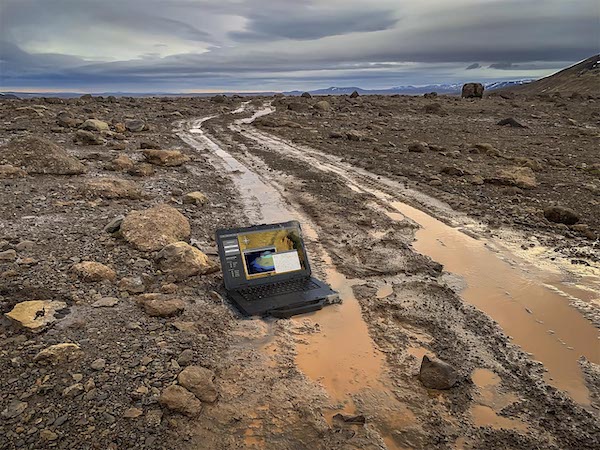 Engineers and designers rely heavily on their workstations, whether they are tower or laptop units. If you were, for example, to spill a cup of coffee on an engineer’s computer in the middle of the afternoon, or drop their laptop down the stairs, their response would likely fall somewhere between raw panic and apoplectic rage.

Luckily, most designers do not find their workstations in danger of this type of damage on a daily basis. For a small but growing segment of engineers, however, there is an increasing need to access drawings in the field in less-than-optimal conditions: on a factory floor, or a job site, or some other field location where the environment might wreak havoc on a standard-issue computer. These engineers could make use of ruggedized workstations. However, the majority of rugged computers have traditionally lacked the graphics horsepower required for many of their workflows.

That is about to change. In October, Dell announced that its new Latitude 5430 Rugged laptop would be available with the NVIDIA T500 Laptop GPU, providing engineers with mobility, connectivity and professional graphics performance in a durable chassis.

While Dell has traditionally targeted first responder, military and field service use cases with its line of ruggedized Latitude laptops, the addition of professional-grade NVIDIA graphics will not only improve performance of these workstations, but also provide opportunities for new applications that are more relevant to the engineering and architecture space.

The new Latitude 5430 Rugged will be the first rugged, wireless workstation offering this level of graphics performance.

“Previously, we had a consumer-grade graphics card in the workstation, but that was not going to do the job for a field engineer that needs the horsepower and GPU capabilities in the field that are possible with a professional NVIDIA GPU,” says David Plourde, Strategic Alliances, Rugged Portfolio at Dell Technologies.

The NVIDIA T500 Laptop GPU provides a significant jump in performance, according to Plourde. Some of the demand for higher-end graphics has been generated by the use of augmented and virtual reality (AR/VR) applications in the field. The NVIDIA platform can support AR for these applications. “That opens up new capabilities in the field, plus we offer 5G wireless and WiFi 6E, so you can have better speeds for transmitting images and schematics,” Plourde says. 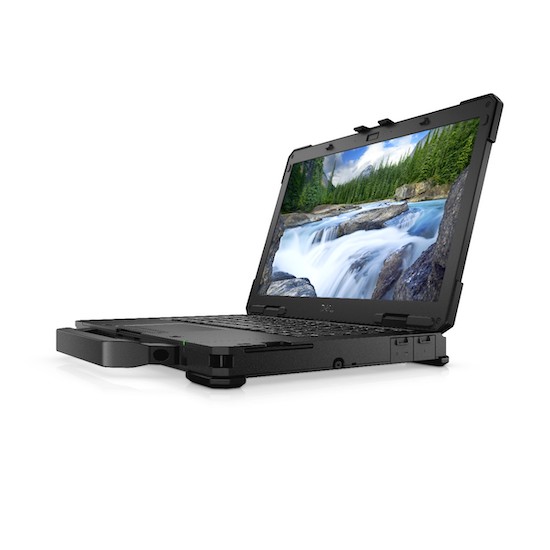 The NVIDIA T500 is  based on the Turing architecture, and features 896 cores and a 64 Bit memory bus. The Dell Latitude 5430 Rugged supports the 4GB VRAM version of the card.

In dusty, dirty manufacturing and construction environments, engineers would be able to leverage NVIDIA graphics without worrying about damaging a standard professional mobile workstation. “Engineers can view drawings, evaluate quality issues that may be happening on a shop floor, and take corrective action,” Plourde says.

(Dell also announced the Latitude 7330 Rugged Extreme, which does not offer the NVIDIA GPU option. It is IP65 rated for ingress protection, can withstand a 6-foot drop, and can be used in challenging environments like damp and salty coastal shipping docks. It has a 1400-nit, 13-in. FHD touchscreen.)

These types of rugged workstations can also be used for maintenance/repair applications, onsite project management, and other use cases, including those that leverage GIS technology. “Engineers can be out in the elements, without having to worry about covering the laptop if they have to set it aside,” Plourde says.

Both the Dell Latitude 5430 Rugged and 7330 Rugged Extreme are also available with Windows 11, but keep in mind that most engineering/design software applications have yet to announce support for the new OS.  However, it is anticipated in the new year that downgrade rights to Windows 10 will be available.

You can learn more about the Dell rugged laptops in this recent blog post. Both new laptops will be available in December 2021.