Geometric model of the UAV with unfolded wings. Image courtesy of Skoltech via DATADVANCE.

High-Performance Visual Computing in the Data Center Extended to Professionals Everywhere
As the world continues to shift and enterprises across the globe rethink post pandemic infrastructure,...
Fast Apps Resources

In this case study, the Skoltech student team used pSeven to optimize structural parameters and flight dynamics of a tube-launched Unmanned Aerial Vehicle (UAV). In the initial state, when UAV is inside the tube, its wings are folded. During the launch, the pressure inside the tube rises and accelerates the UAV. Once the UAV leaves the tube, the wings open and the UAV starts to gain altitude. 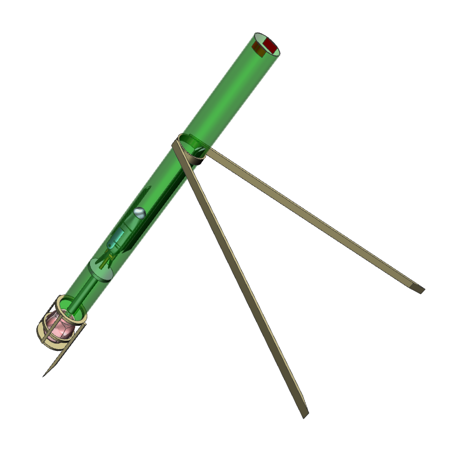 UAV behavior during the flight strongly depends on the design of individual components. This dependency leads to a multidisciplinary optimization study which has to consider digital representation of the product at different levels. In particular, it includes 1D models, which describe the overall system behavior, and 3D СAD/CAE models, which represent geometric design, structural integrity and reliability.

The study objective was to determine the structural parameters of a wing, which minimize the stress and provide the best flight dynamics. We considered the following parameters:

Thickness of each wing rib - ti 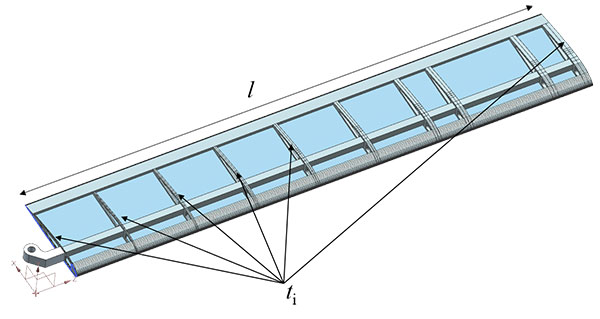 Structural parameters of the UAV wing. Image courtesy of Skoltech via DATADVANCE. 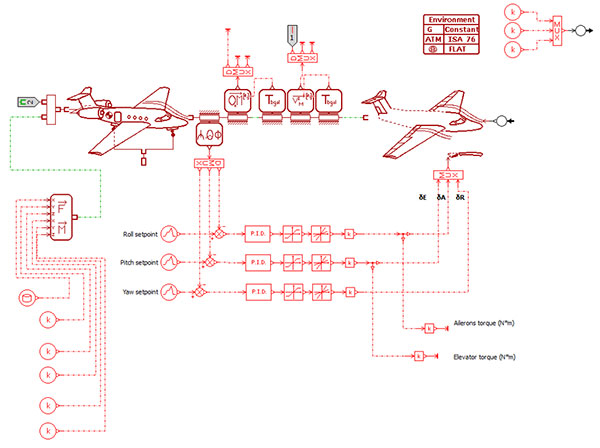 Flight dynamics were simulated in Amesim depending on the wing length, total mass, center of mass and other characteristics of the UAV. Pressure loads for different wing lengths were obtained from CFD analysis in ANSYS CFX, which was used for simulation of the whole UAV.

Pressure loads obtained from CFD analysis were used in structural analysis in Siemens PLM Software's Simcenter 3D (NX Nastran) to find the wing stress. Results show that the areas of maximum stress are located close to the root part of the spar.

Von-Mises stress for the UAV wing. Image courtesy of Skoltech via DATADVANCE.

Since a single structural simulation run lasted for about 7 minutes, we did not directly include it into the final optimization workflow. Instead, we started with a Design of Experiments (DoE) study for structural simulation in pSeven. Using the data obtained from this DoE study, we trained an approximation model of wing stress and UAV mass as outputs depending on the input structural parameters.

pSeven then allowed us to couple this model with Amesim flight dynamics simulation and to create a single workflow which runs an optimization study. The figure below shows the final optimization workflow.

Wing stress was evaluated by the approximation model, and the flight altitude was obtained directly from the Amesim flight dynamics model.

The main results of optimization are:

Optimization process data is represented on the figures below. 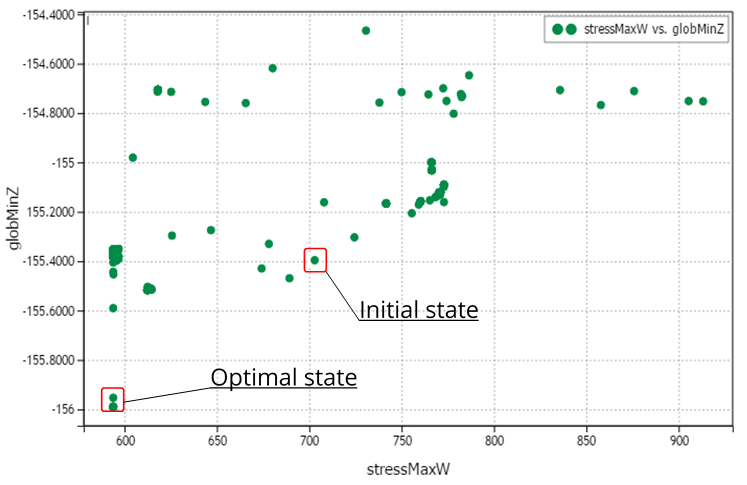