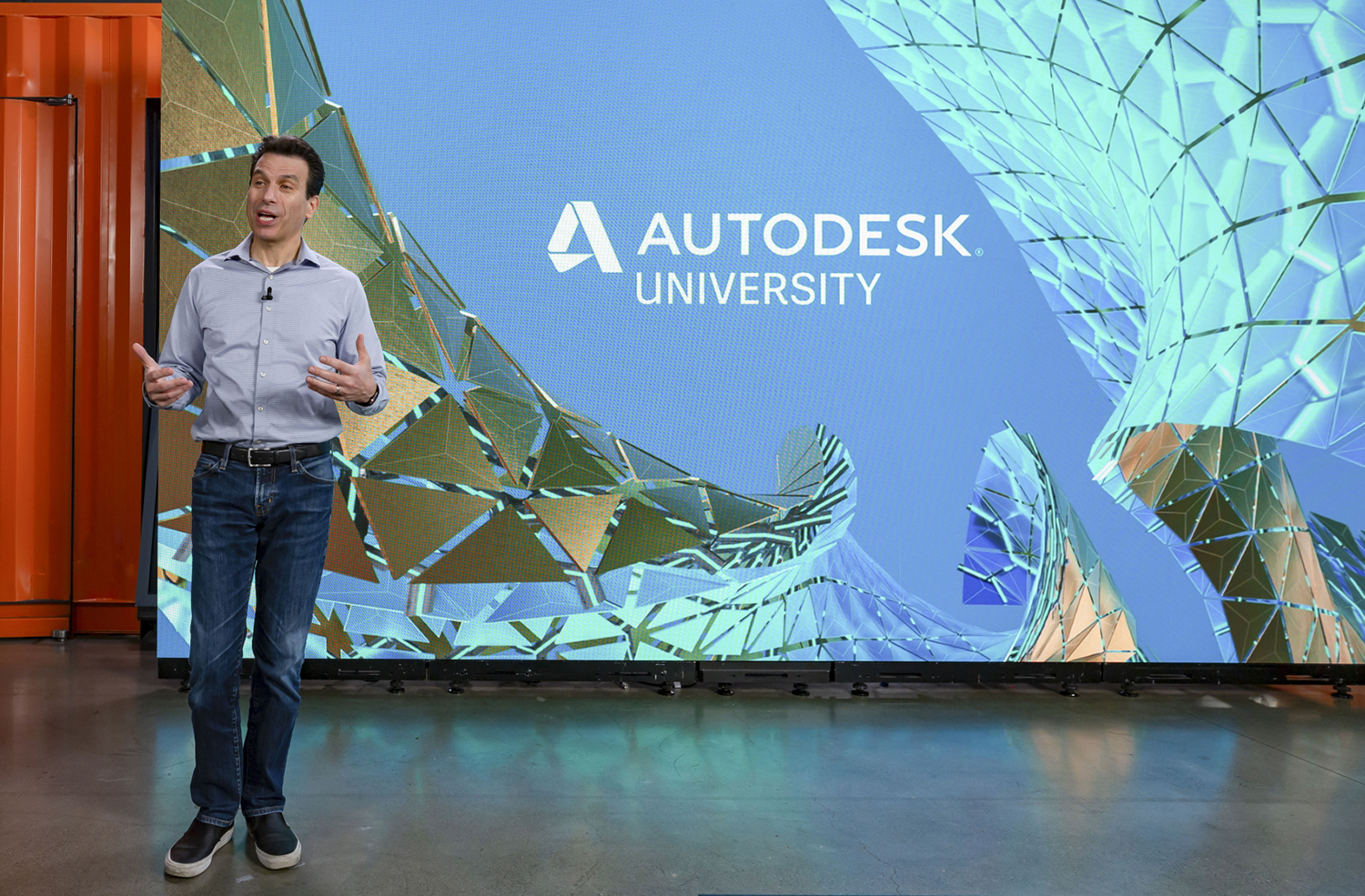 At Autodesk University 2020, Autodesk CEO Andrew Anagnost delivers the usual keynote, but in a prerecorded talk. Image courtesy of Autodesk.

Company pushes for digitization and data as the key to resilience.

Ordinarily, Autodesk users would be gathering in Las Vegas, NV, this week for the annual Autodesk University (AU) conference, with the crowd surging toward the Sand Expo inside the Venetian for the front-row seats during the keynote. But this year is anything but ordinary.

Due to the pandemic and the travel restrictions, AU2020 takes place this week as a virtual event, with a mix of live-streamed sessions and prerecorded keynotes devoted to the three industry segments Autodesk serves: AEC (Architecture, Engineering, and Construction); Product Design & Manufacturing; and Media & Entertainment.

Appearing in a video keynote recorded at Autodesk's Pier 9 tech center in San Francisco, CA, Autodesk CEO Andrew Anagnost says, “What we all consider normal has changed. Wherever you are, each and everyone of you have seen how important resilience is, how fragile our processes and supply chains are ... Early in the pandemic, especially with none of us going anywhere, product demand took a hit, from phones to cars ... Now production is ramping up as demand grows again. But production will be forever more distributed.”

The key to survival and resilience, Anagnost suggests, is data and digitization. 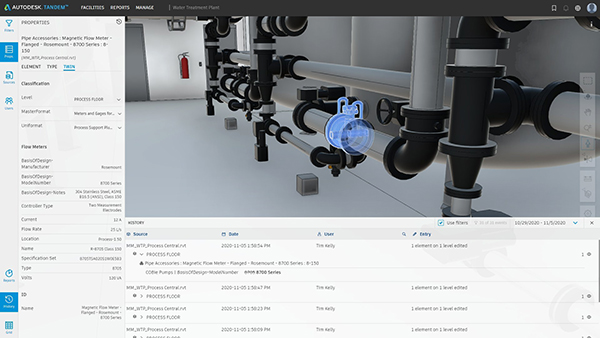 During the keynote, Autodesk announced the acquisition of Spacemaker, an AI-powered generative design software for urban design.

In the era of social distancing, where many existing spaces need to be reconfigured and repurposed to prevent the spread of Coronavirus and overcrowding, Spacemaker is a timely and smart acquisition.

“Revit’s ability to have a design change propagate across the system was extremely helpful,” said James Hepburn, BDP's Principal Engineer in the keynote. “We were designing spaces where sick people would be cared for, so we had to make sure every part of the space was accounted for.”

During the keynote, the company also announced Autodesk Tandem, an AEC digital twin software. According to the announcement, “Autodesk Tandem connects the digital world with the real world, creating an up-to-date reflection of a model’s physical self. This provides unique operational insight into a facility, building, bridge, or any structure, as well as its components, including, for example, the performance of heating and cooling systems, escalators, and electrical systems.”

In the post-keynote Q&A with the press, Anagnost was asked about plans for a similar digital twin solution for manufacturing. He offered no details but suggested it's part of the company's vision.

Up to now, generative design solutions allow users to investigate the best (or optimal) topology based on stress loads and structural deformation, but Anagnost revealed CFD (Computational Fluid Flow) studies may soon become the basis for generative design.

“Until today generative design was focused on structure forces. Now you can explore fluid forces,” he says in the keynote.

Later in the Product Design & Manufacturing keynote, Stephen Hooper, VP and GM of Autodesk Fusion, also points out, “This year we added a fluid solver, enabling generative designs to include pumps and valves.”

Among the speakers for the keynote is Charles Cambianica, Advanced Design Project Lead for the sporting goods manufacturer Decathlon. In designing the frame of its iconic bike, Cambianica says he and his team consider “What the performance bike of the future world would look like, from how they might unbox the bike to how they might ride it.”

Aside from design aesthetics, the company is also devoted to minimizing its impact on the environment. “The dirty secret about carbon fiber is, it’s wasteful to use and difficult to recycle,” he remarks of the material many might consider ideal for lightweighting. “We think we can cut the carbon footprint by printing [the bike frame] in metal instead.”

Decathlon designers use Autodesk Fusion 360's generative design to explore ideas for “the frame and fork, initially taking into consideration the significant dynamic forces the fork would be subjected to under braking and at speed, as well as aerodynamics, and many other factors,” according to Autodesk's Decathlon case study published online. 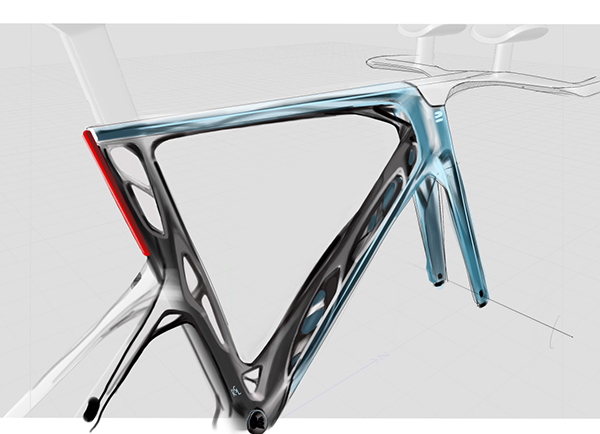 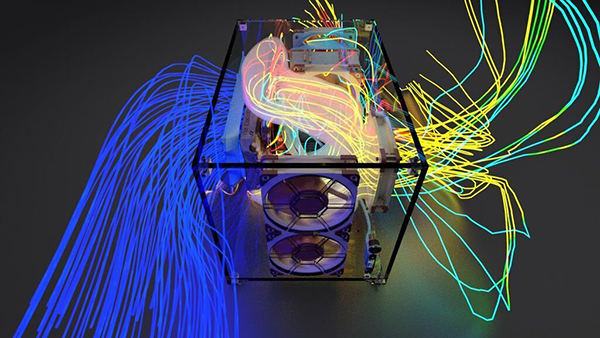 The fluid solver added to Autodesk Fusion 360 allows you to conduct CFD-based generative design, says the company during AU 2020. Image courtesy of Autodesk.

Another speaker, John Suh, VP, Hyundai Motor Company, shows a car that can stand up and walk. In conceiving a futuristic offroad vehicle that can operate on various terrains, he and his engineers gave birth to Elevate, which can transform itself from a four-wheeled vehicle to a four-legged walking transporter.

“It can overcome obstacles, cross gaps, and go where even offroad vehicles will have a difficult time going,” he says. It can be deployed in resource delivery, search-and-rescue missions, and even lunar exploration, he points out.

The project involves the use of lattice structures, additive manufacturing, and multidisciplinary collaboration, facilitated in Autodesk Fusion 360.

“Generative design allowed us to tackle a lot of complex problems that would have taken somebody a long time to solve manually,” he recalls. “I call it a mind multiplier.”

Elevate is a marriage of robotics and automotive technologies. It's currently a scale model and a concept, not yet a product. 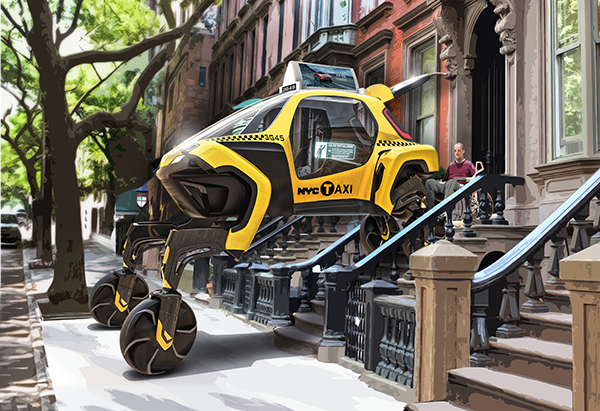 How Simulation Impacts Innovation in Design
Simulation brings many benefits to design engineering—but it’s not a one-size-fits-all option for certain use cases.
Transporting PLM to the Cloud
Cloud-based PLM can provide the flexibility and accessibility needed for digital transformation.
Preparing for the Next Mega Disruptor
Pandemic pushes manufacturing toward digital twins and the cloud.
Enter the Holodeck: Designing in a Virtual World
The gaming industry has long been big business, but thanks to virtual reality technology, it is now taking us where no one has gone before. Are product design and manufacturing the next frontier?
Monster!
What “WandaVision,” “Watchmen” and “The Umbrella Academy” can teach us about the industrial design process.
Autodesk Company Profile