The Formula for Additive Manufacturing

The McLaren F1 team established a partnership with Stratasys earlier this year to 3D print parts for the MCL32 F1 car onsite during race weekends.

Earlier this year, the McLaren F1 team announced a partnership with Stratasys to 3D print parts for the MCL32 F1 car onsite during race weekends.

“It has become clear that motorsports’ reliance on rapid prototyping and additive manufacturing (AM), and the ability to radically cut time to market, is increasing, and we look forward to being well served by our new alliance with Stratasys,” said Eric Boullier, racing director of McLaren Racing, in a press release announcing the four-year partnership in January.

“F1 racecars are unique. You can’t go to a local part store and buy the special parts you need off the shelf. So AM fits their needs,” says Jim Vurpillat, marketing director, Automotive and Aerospace Industries, Stratasys. “Because you’re not relying on traditional CNC (computer numerically controlled) machining methods, you can come up with uniquely designed parts, so F1 teams use it for lightweighting parts or topology optimization.”

Lightweighting or topology optimization, usually done with special software that can suggest the best shape or geometry based on engineering requirements, tends to result in parts with asymmetrical, unorthodox geometry. Such parts are difficult or impossible to manufacture using classic manufacturing methods. 3D printing is often regarded as a better alternative for producing these parts. Stratasys offers thermoplastic materials, among others, which are suitable for producing parts that are light but durable. 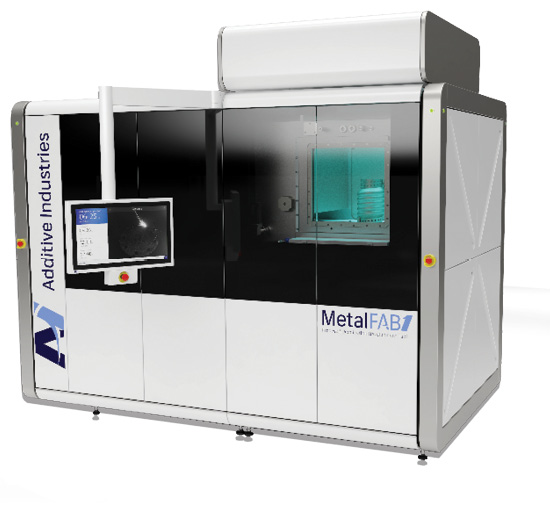 In addition to end-use parts for ducting and airflow, many teams use 3D printing to create custom jigs for carbon-fiber layup or to test the shape of a part before turning to expensive and time-intensive carbon fiber. For example, Williams Martini Racing used the EOSINT P 390 and EOSINT P 760 laser sintering machines from EOS to prototype a multi-part front spoiler. According to the company, team engineers used the EOS systems to produce mold prototypes before building the actual carbon-fiber-composite components.

3D-printed parts are also often used by racing teams in wind tunnel tests to ensure the shape of a part is as aerodynamic as possible.

“Our innovation relies on the ability to produce and test high performance wind tunnel models in large volumes,” said Patrick Warner, manager of Additive Manufacturing, Renault Sport Formula One Team via a press release. The team has been a long-time partner of 3D Systems, which introduced a new, high-performance composite material this year called Accura HPC for its ProX 800 stereolithography 3D printer.

“Accura HPC gives us reliable results in aerodynamic tests, and the high production speeds possible with the material allow us to go through hundreds of parts a week to advance the performance of our car,” Warner said.

But plastic parts and jigs aren’t the only options for Formula F1 racing teams looking to incorporate rapid prototyping and manufacturing. At the June Rapid.Tech conference in Germany, Additive Industries announced that the Sauber F1 team would be the launching customer for its MetalFAB1 Process & Application Development Tool.

The Sauber F1 team is investing in two industrial MetalFAB1 3D metal printing systems over the course of two years to expand its AM competences to include metal materials. The Process & Application Development Tools will be upgraded to full-size integrated multi-material MetalFAB1 systems for series production, according to a press release.

“Since this innovative fabrication technology is still in the early stages of industrialization, it is an ideal moment for us to take on this challenge with our new partner,” said Sauber F1 team CEO and team principal, Monisha Kaltenborn in the release. “By doing so, we will gain and develop the necessary know-how in this area.”

Whether in plastics or metals, or for prototyping, tooling or track-ready parts, Formula 1 teams’ varied uses of AM all focus on saving time before and during the race.

“F1 engineers do things at a much quicker pace than other people and other industries. The main difference between typical AM projects and F1 AM project is speed,” he adds. “Normally, in automotive, designing a part, testing and iterating it may take weeks or months. With F1 teams, it’s more like five days to make it, test it, then use the part in the race coming up in two weeks.”