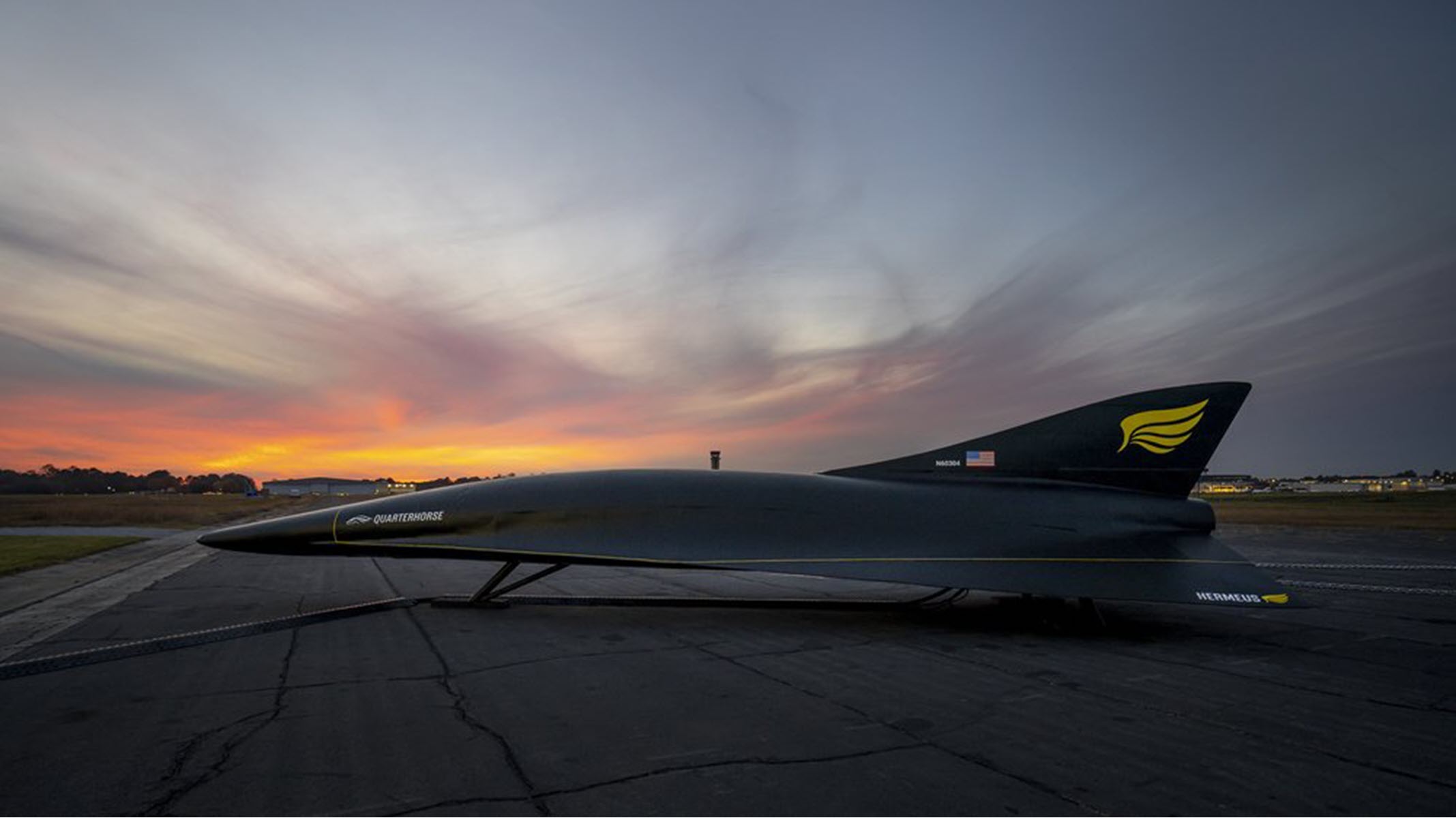 Radically accelerating air travel—that’s the stated mission of Hermeus, founded in 2018 with the goal of developing a Mach 5 aircraft for commercial flight that will travel at more than twice the speed of the iconic and now retired Concorde supersonic jet.

As part of its flight plan to deliver a hypersonic passenger aircraft, Hermeus is enlisting metal 3D printing—specifically the Sapphire end-to-end AM platform from Velo3D—to build key parts for its Chimera engine and Quarterhorse aircraft. Embrace of the Velo3D Sapphire platform and metal 3D printing technology is part of the Hermeus business plan to vertically integrate production, according to Glenn Case, the company’s CTO.

“As we explore the capabilities of Velo3D’s additive manufacturing technology, we’ll be looking for ways to increase performance, consolidate components, reduce the weight of our aircraft, and minimize external dependencies,” Case explains.

Velo3D’s Sapphire metal 3D printing platform is being leveraged in other partnerships to facilitate design exploration for parts intended for hypersonic flight. Velo3D is working with a 20-person team at Purdue University’s Zucrow Laboratories that is studying the effects of hypersonic speeds on high-speed combustion systems up to and above Mach 5 levels. In this instance, the Velo3D Sapphire printer is being used to create fuel injectors with complex geometries capable of achieving high fuel-air mixing performance as part of the simulated test plan.

In the Hermeus application, the Velo3D Sapphire platform will be used to create some parts for the Chimera engine, a turbine-based combined cycle engine that will power the company’s first aircraft, the Quarterhorse. The Quarterhorse, slated for first flight in 2023, is a remotely piloted hypersonic aircraft designed to touch high Mach speeds and prove reusability. Earlier this summer, Hermeus conducted tests of the Chimera Mach 5 engine, designed as a hybrid of a turbojet and ramjet, firing its afterburner, marking the final testing phase to prove the Chimera will run full throttle on the ground.

The firm is now turning to a next round of testing at Notre Dame’s Turbomachinery Laboratory. The added tests are necessary as conditions change once the Quarterhorse aircraft takes off, flying at about 80,000 feet and encountering very hot temperatures. The Notre Dame facility will enable the Hermeus team to simulate flight-like pressures and temperatures by directly connecting to a supply of heated air.

To learn more about Hermeus’ story, check out this video.