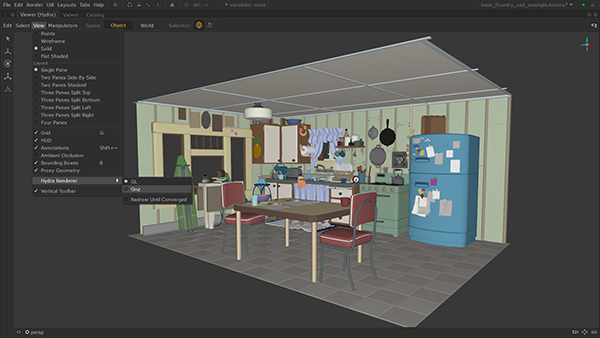 Foundry, a developer of creative software for the digital design, media and entertainment industries, announces the release of Katana 3.2.

The new Katana release showcases an artist-focused material node graph UI with faster workflows. 3Delight NSI now allows artists to render from multiple cameras at the same time and has increased speed and reduced memory needs. Katana has been upgraded to USD 19.05, introducing the ability to use the Hydra render delegate system.

Highlights of Katana 3.2 include:

3Delight NSI 1.5 series updates: Artists can now render from multiple cameras at the same time, making it much easier to judge the best choices for the look of an environment. SSS has been improved to use the popular Random Walk method. The 3Delight rendering plug-in is now multithreaded by default, with scene export times improved between 30% to 400%, and instance and VDB Volume rendering memory footprints improved by as much as 8x.

“Katana has been used on the world's most challenging CG productions for the last 7 years,” Jordan Thistlewood, group product manager, Foundry, comments. “Katana 3.2 represents our belief that being the best requires constant innovation. The new material creation UX builds on top of what was already the industry's best architecture for the creation and management of materials during look development and shot production. We enriched the artist experience with the new UI and workflows, and with the UI engine we will be innovating the Katana look development experience for years to come. ”